Stabilizers have become almost indispensable on board. Extraordinarily efficient on boats over 45-50 feet, they find fertile ground even on smaller boats that, of course, are precisely those which would benefit the most from their stabilizing action.

An action that, right on smaller boats, has safety implications that implicitly increase the reasons to purchase these increasingly more important accessories.

This is why we have decided to test the Quick Spa MC² – X7 which, thanks to a definitively interesting purchase price, manages to be efficient on mid-range small yachts, cabin and open cruisers. Not even the fast and well-equipped fishing boats are excluded from the field of application and a wide range of models is offered for boats from 9 to 12 meters in length.

A great opportunity to carry out our test presented itself during the 60th Fort Lauderdale International Boat Show on board a Yellowfin 32, a very fast fishing center console made available by MOcean Engineering, the American dealer and installer of Quick products. 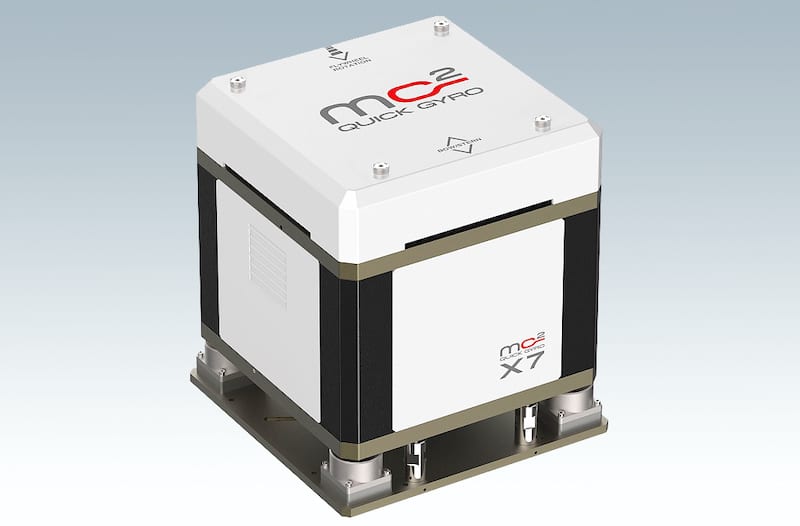 its stabilizers with an innovative mass rotation system which rotates vertically on a horizontal axis, thus allowing the stabilizer to distribute the weight on several bearings. Competitors, instead, (inexplicably) use a mass rotation system that rotates horizontally on a vertical axis, forcing the mass to put its weight on a single bearing which, inevitably, ends up developing a lot of heat.

Thanks to the lower heat generation, Quick stabilizers do not therefore require any bulky water cooling systems and are made in extremely small dimensions.

These characteristics make the Quick Gyro stabilizers truly Plug&Play since the installation is very easy and does not require any hull perforation. In order to install the system, in fact, you only need to secure the small device to the structure of your boat and connect it to a power source. At the push of a button, your boat roll will stop immediately. 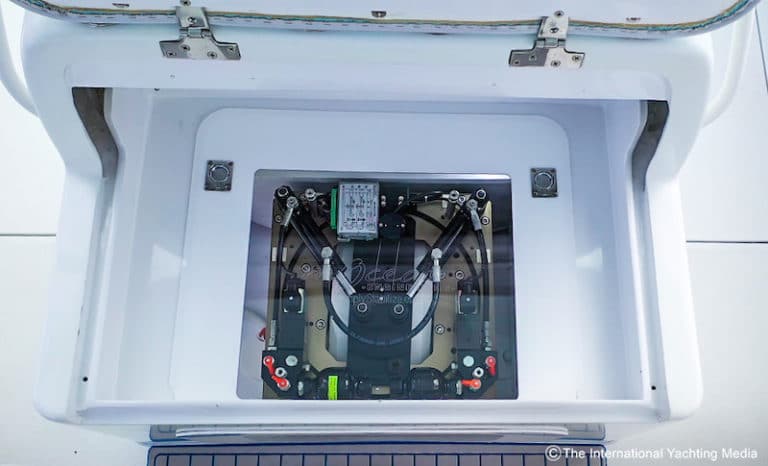 We carried out our test in the canals of Fort Lauderdale where, before setting sail, we had the possibility to verify the ease with which the stabilizer was installed on the Yellowfin 32. In this case, the small dimensions of the device enabled us to install the device under the console seat, simply securing it to the deck. Then, we connected the stabilizer to the inverter which, thanks to a powerful battery pack, did not require any generator.

Our goal was to verify the real effectiveness of the 6,678 Nm anti-rolling torque of the Quick Gyro Stabilizer MC² – X7 on board a 10-meter boat with a weight of more than 3,700 Kg, 8 passengers on board and two 300HP outboards for a total weight of over 5 tons.

We turned the stabilizer on and, after about 15 minutes, the mass reached 100% of its anti-rolling power. At that time, we could finally start our test.

With the boat is in a stationary position

We decided to start 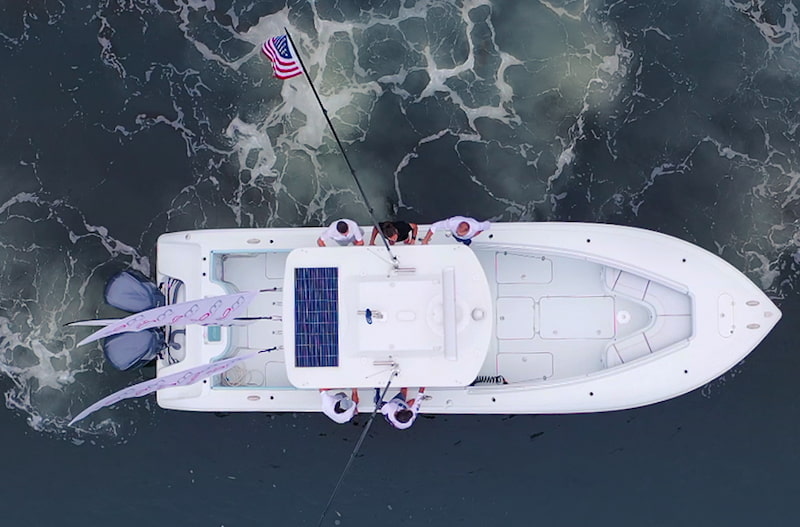 with a test simulating a very rough sea since the flat water in the inland channels of Fort Lauderdale could not help us.

To do that, we exploited the weight of the passengers on board, inviting them to provoke a swinging motion that could simulate the wave motion.

The boat started to roll conspicuously. In order to obtain the same effect in a natural way, it would have probably taken waves of over one meter and half in height.

We pressed the ON button and, in a matter of seconds, our boat roll stopped. Not even the six passengers on board, standing on the bulwarks and clinging to the Hard Top of the Yellowfin, managed to trigger the roll again.

I tried that, too, but nothing… the boat remained steady as a wall. 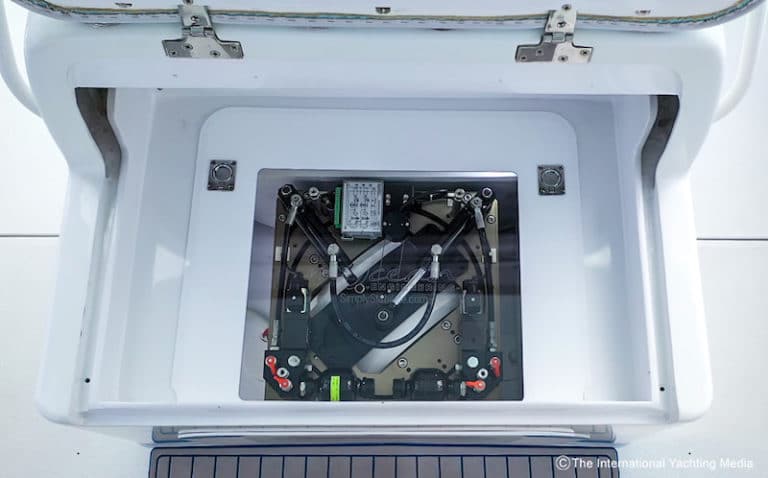 We let the stabilizer on and sailed the canals of the city at a speed between 5 and 10 knots. The closer we got to the boat show, the more intense the boat traffic became.

The waves, generated by the transit of the yachts, were getting higher and more confused.

However, the hull of the Yellowfin 32 remained perfectly stable, completely undisturbed by the waves. With the stabilizer in the ON mode, we never rolled and we felt like sailing in an absolutely flat lake.

Finally, I turned the stabilizer off and, instantly, the boat started to swing to the right and left. In such conditions, the effectiveness of the system and the resulting comfort became clear.

The MC² – X7 is great even under way thanks to its vertically rotating mass which never hinders maneuvers. With the stabilizers equipped with a horizontally rotating mass, instead, maneuvering is often difficult, if not impossible, and yachtsmen are often obliged to turn them off when maneuvering.

Quick Gyro Stabilizer MC² – X7 : the video of the test

Sanremo, a yacht sinks but firefighters save it. The video.