An important synergy between the Liguria Region, the Municipality of Santo Stefano al Mare, The Italian Sailing Federation, Sanremo Yacht Club and Marina degli Aregai has enabled the 2021 420 Frecciarossa World Championship to be held from tomorrow until July 10th. 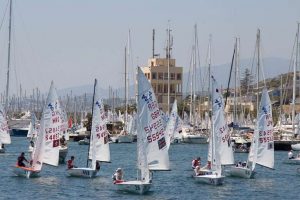 winds are blowing at Marina degli Aregai. The 2021 420 Frecciarossa World Championship, organized by the Sanremo Yacht Club, will be held from tomorrow until July 10th in the famous marina of Santo Stefano al Mare (Imperia).

In these difficult years, organizing a world championship is not easy, but thanks to the commitment of the staff, the long-awaited sailing competition will take place. The participants come from 20 countries: Argentina, Austria, Brazil, Croatia, Spain, France, England, Germany, Greece, Hong Kong, Hungary, Ireland, Israel, Poland, Portugal, Slovenia, Switzerland, Turkey, United States and, of course, Italy; they will be present at the Marina degli Aregai with over 200 boats, although some crews have already arrived. The American, the Argentinian and the Hong Kong teams have started training to “get familiar” with the Italian sea.

This is an interesting challenge for the Sanremo Yacht Club, which has already had the honour of organizing the 420 Class World Championship in 2016. Thanks to the support of Frecciarossa, Marina degli Aregai and its hotel structure, the race will take place at its best. The constant interaction and the support of the Liguria Region and the Regional Sports Department, together with the hospitality of the Municipality of Santo Stefano al Mare, have contributed to the realisation of this great youth festival that will officially start tomorrow, Friday 2 July, at 7 pm in the town square with the opening ceremony. 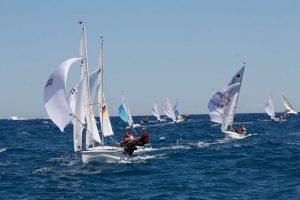 “Liguria is once again confirmed as the capital of sailing – says the President of Regione Liguria Giovanni Toti – A competition of great charm like the 420 World Championship brings the spectacle of over 200 boats, with more than 700 participants from all over the world, in the splendid waters of Santo Stefano al Mare. After the Ocen Race Europe and Rolex Giraglia, our region is increasingly becoming a protagonist of world races: another sign of recovery for our territory, an extraordinary opportunity not only for the economy, but also for the promotion and the tourist enhancement of our region”.

” The municipality of Santo Stefano al Mare is proud to host a world competition that will bring crews and the public to discover our country, in a prestigious context where sport has the ability to bring together the flags of 5 continents in a single event. In parallel with the race, the administration has organized a series of events to celebrate an appointment that we are sure will be an important driver of tourism and that is to all intents and purposes one of the most important sailing competitions in the world” – says the mayor of Santo Stefano al Mare, Marcello Pallini. 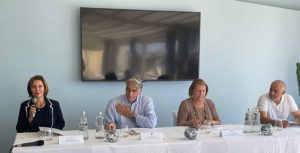 420 Class World Championship is a great honour for the Sanremo Yacht Club. It’s not easy for a world class o entrust two competitions of this level to the same club in just a few years, in fact it’s the first time. We owe this to our passion and to the collaboration of Marina degli Aregai with its spaces and availability. This year a special thanks goes to Frecciarossa, title sponsor of the event, and to the support of the Liguria Region and the Municipality of Santo Stefano al Mare,” says Sanremo Yacht Club President Beppe Zaoli.

” It’s an honour for us to host the 420 Class World Championship at Marina degli Aregai for the second time. In this edition, 209 crews from all over the world will compete on one of the most renowned race courses in the world. As a company, we consider these sporting events to be of great educational importance for all participants. I would like to thank President of Sanremo Yacht Club Beppe Zaoli for having once again chosen our Marina as the setting for a high-level sailing event and I wish all the athletes taking part in the 420 Frecciarossa World Championships and the Municipality of Santo Stefano al Mare a fair wind”, concludes Dr Beatrice Cozzi Parodi. 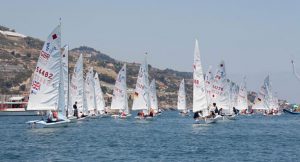 Marina di Portisco, the gateway to the Emerald Coast

Tecnorib Pirelli 35: the class of a thoroughbred