The numbers of success: Absolute Yachts talks about itself and unveils the 2020 novelties

Absolute Yachts talks about itself: the numbers, the new boats and the best dealers

The Italian shipyard joined the last Cannes Yachting Festival with 11 boats: docked next to each other, they formed a long white line that successfully dominated the scene in the crowded Port Vieux.

But if having signaled the large turnout in the booth of the Italian shipyard had not been enough, Absolute Yachts has wanted to dispel any doubt: the shipyard has taken off its mask and showed all its numbers. The growth is constant and continuous. 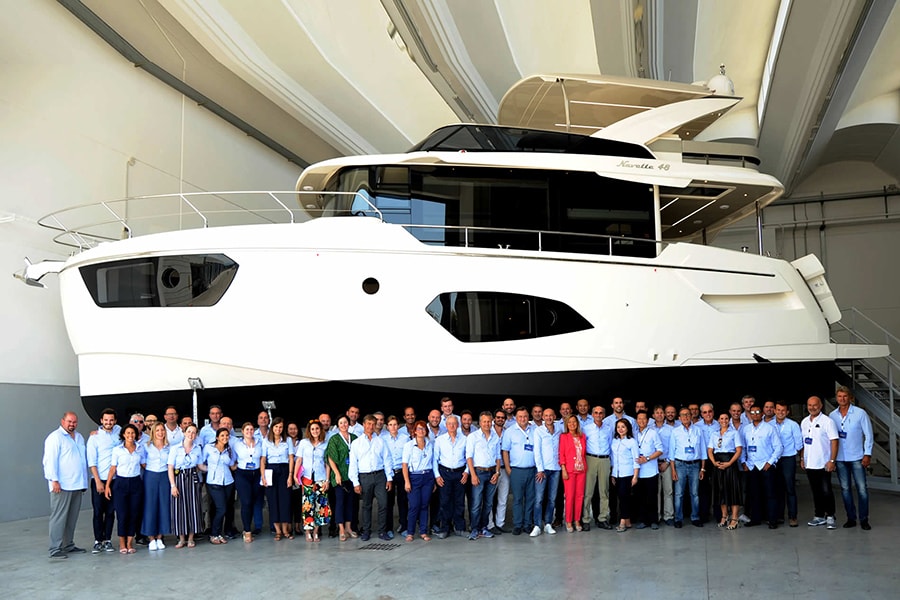 From 2012 until today, the growth of the Italian shipyard has been a very important one. Even during the boating crisis, Absolute Yachts never stopped investing and innovating in the segment of boats from 12 to 24 meters. And it’s thanks to this determination and ability of remaining faithful to its own vision that a solid and constant growth has materialized over the years.

Another interesting element that clearly indicates the growth of the company is, undoubtedly, the virtuous circle of sales. Progressively with the turnover increase, Absolute Yachts has registered an increase in the sales of big boats, as a proof of the quality of its yachts: this has enabled the company to grow even more and set even more ambitious goals.

Absolute in the world

Absolute Yachts is an 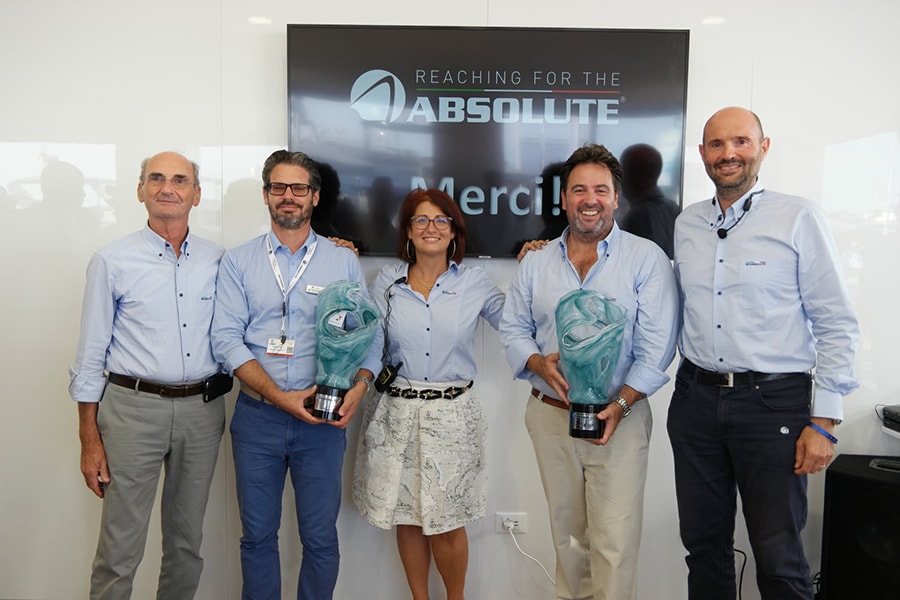 international company, its brand is spread all over the world thanks to the numerous commercial agreements with foreign countries. Suffice it to say that only 5% of sales in Europe involves Italy. Thanks to an excellent dealer network, indeed, Absolute Yachts sells boats that are appreciated throughout Europe: 45.4% of sales are concluded in Europe and 31.3% of them concern the American market. 13.5% of sales, instead, take place in the Middle East, 4.5% in Eastern Europe, 4.3% in Asia and 1% in Oceania.

The important international success of Absolute Yachts is also to be attributed to its dealers, which have proved to be effective and skilled both during the sale and the post-sales services.

This is why Absolute Yachts, at the end of the conference, gave the Absolute Yachts Top Dealer 2019 Award to the two figures that stood out the most during the year: Michael Costa (SeaNet) for the Best Brand Ambassador category, and Gimmy Valente (Adriatic Wave) for the Best After-Sales Services category.

Absolute Yachts has built its success thanks to a strong team, made up of talents with a clear and shared philosophy linked the pursuit of the absolute and of perfection. 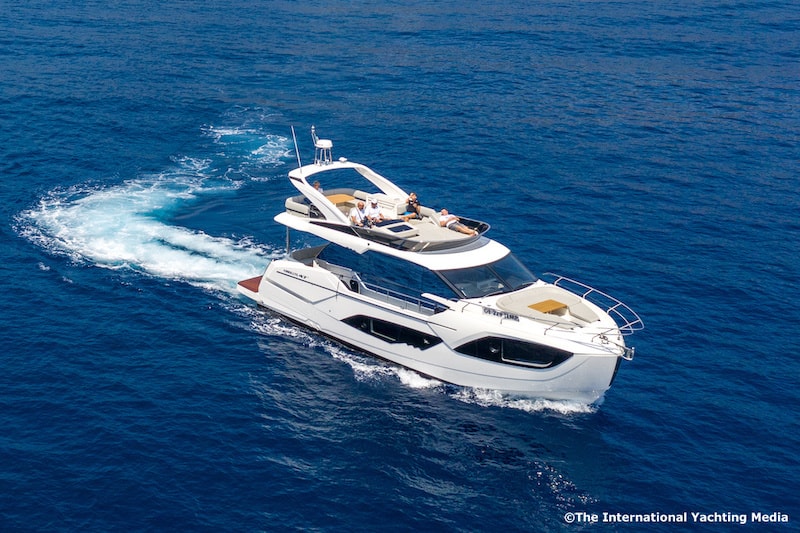 The Absolute company counted several equally prestigious mentions: “Export2Succeed”, as export leader, in the initiative launched by UPS in collaboration with L’Imprenditore, among the “500 Champion” of growth in Italy in the research carried out by the financial analysts of L’Economia del Corriere della Sera and among the 350 companies “Leader of Growth” in the study conducted by the Sole 24 Ore. A palmares of great satisfaction forn a company that was born and grown in Italy.

During the conference at the Cannes Yachting Festival, Absolute Yachts also announced some of its new models. Waiting for further details, the company therefore unveiled the upcoming protagonists of the sea: a restyling of the Navetta 52 fitted with D6 IPS 650 propulsion and the new Navetta 64.

You’ll have to be a little patient: both boats will be unveiled in 2020.

Naumatec Freccia 800 : when a racing hull turns into a luxury tender

GS 42 LC , the long-range cruising according to Grand Soleil