On Test. Crystal Prop: the antifouling paint for propellers that really works

Crystal Prop, the antifouling paint for propellers: after months and many miles covered the propeller is still clean 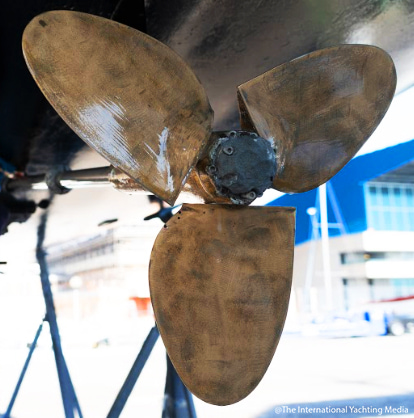 Finding an antifouling paint for propellers and boat axes that really works is a problem that affects all boat owners.

This is why we had decided to test Crystal Prop, the new antifouling paint for propellers and mechanically-operated axes by Coverplast.

We therefore applied the paint last May (read the article here) and now, after months of use and many miles covered with our boat, the Daydreamer, the questions we had asked ourselves at the beginning of out test finally have an answer.

We can only disclose that we were very satisfied. The desire of many boat owners to keep their propellers always clean and efficient is no longer a mirage but a real possibility. Let’s find out why.

Crystal Prop is a self-polishing antifouling paint for propellers

In order to observe it, we left our Daydreamer docked in the harbour for almost two months before summer, which is the time when the sea is usually warmer and when marine fouling proliferates. A green patina of fouling had already formed on the propeller. At the first starting, as the propeller starts to revolve, most of the dirt detached. Then, under way, as the engine speed increased, the propeller got perfectly clean since even the remaining foiling (the most invasive one) slipped away.

So, the answer to our question is yes, the motion of the propeller combined with the smooth surface of the paint makes the fouling detach from the propeller. We obtained this effect on a sailboat whose propeller has a very low rotation speed and it is therefore not difficult to imagine what could happen on the propeller of a powerboat.

The paint is durable and maintains its efficiency over time

During her usual summer cruise, the Daydreamer sailed between French Riviera, Corsica and Sardinia for a total of more than 1,000 nautical miles to which should be added other 500 miles covered before. This is a distance that most boats probably do not even cover in a year.

It was therefore an excellent test to see whether this anti-fouling for propellers by Crystal Boat remained effectively attached to the moving surfaces, without being consumed as quickly as the other traditional antifouling paints do.

At the end of out cruise, just a few days ago, the paint was still intact and perfectly covered all the parts and surfaces where it had been applied.

This is an amazing result, especially if we consider that this antifouling paint for propellers is totally biocide-free and bases its operation on the mechanics of its surface. 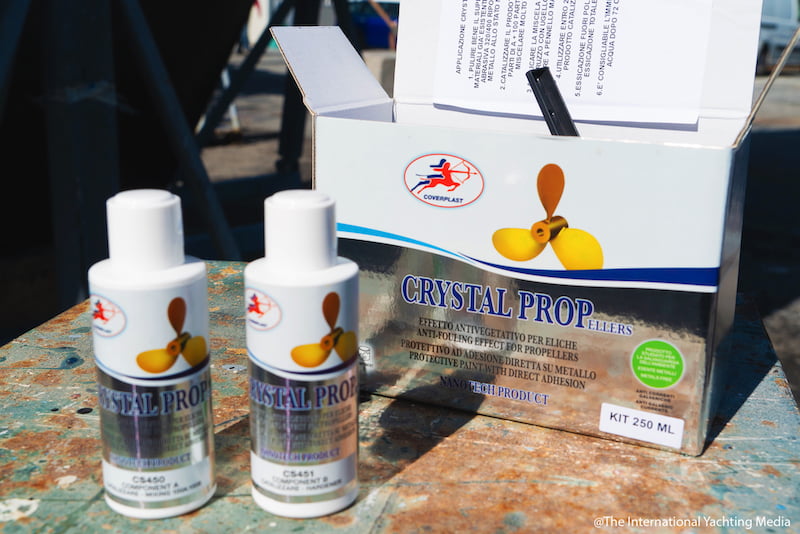 This is exactly the opposite of traditional paints with which, the more the propeller is used, the more the fouling proliferates on its surface due to the progressive decrease in biocidal power or the detachment of the paint itself.

Crystal Prop has proved to be an excellent solution which will make boat owners save their time, money and consumption.

Yes, because, thanks to its perfectly smooth surface, this antifouling paint for propellers also improves boat performance.

Where to buy Crystal Prop online:

Magazzù MX-13 Gran Coupé: 200 miles on board the icon of luxury

ZAR Formenti : in Genoa with 22 RIBs and 2 world premieres

Ocean Alexander 84R : a step forward for the Revolution series