Diamond 145, the new Benetti yacht “slips” into the water 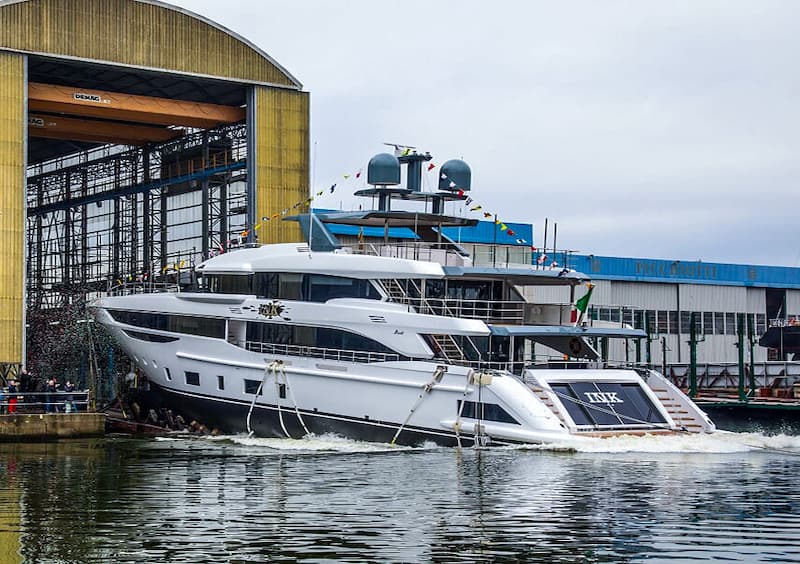 January 25th, the Diamond 145, the new Benetti Class category flagship, was finally launched. During the slipway launch ceremony, the majestic 44-meter yacht touched the water for the first time in front of hundreds of spectators between authorities, company’s workers and office staff, suppliers and citizens.

During this festive Saturday of late January, the Azimut-Benetti Group President Paolo Vitelli took the word: “Slipway launches are part of the history of Benetti shipyards. We have a great tradition and hundreds of yacht launches to our name, but the revolutionary features of the Class category today promise to bring Benetti new success. This slipway is in fact a launch pad for our technical expertise and desire to push ahead, in a technological challenge focused on the goal of continuity”.

When paying his compliments to all the designers, the President made a point of thanking Giorgio M. Cassetta, who worked on the yacht’s exteriors: “Giorgio has given a soul to a yacht that integrates innovation and tradition”. 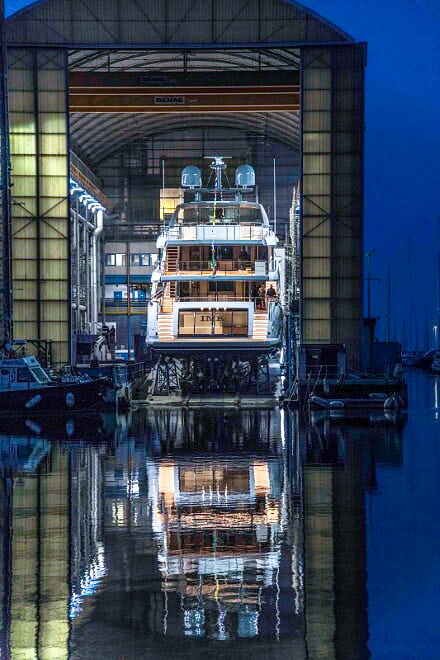 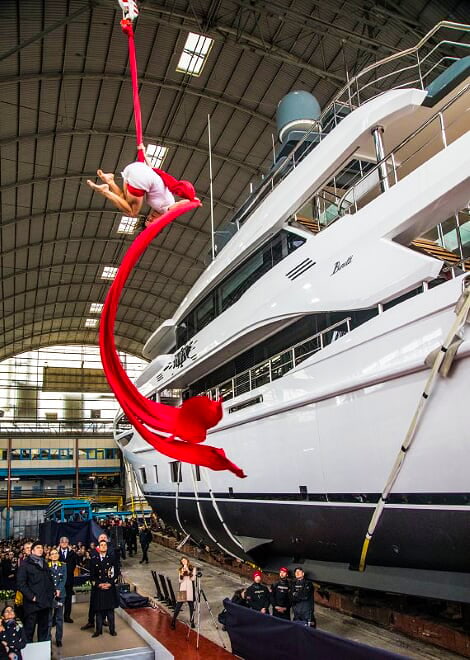 commented on his work by saying: “Diamond 145 springs from a project with a mission to improve life on board not only for owners and guests, but for all the crew too. The sheer size of the yacht has made it possible to adopt an impressively ergonomic approach that ensures a majestic stance, while embracing ultra-modern details combined with a style that reflects the concept of a timeless yacht”.

Diamond 145 is a true jewel of nautical engineering and a great example of imposing beauty. With a gross tonnage of 456 tonnes,  a range of 3,600 nautical miles at a cruising speed of 11 knots, the new Benetti’s creation features a fiberglass hull combined with balanced proportions and great attention to details.

The design of the big seamless glazed surfaces on the main decks allows natural light to flood into interiors accommodating 12 guests + 6 crew members in four cabins on the Lower Deck, while the captain has a private cabin on the Upper Deck, near the helm station.

Before the launch, 2 units had been already sold thanks to the collaboration of brokers Domeyachts and The Doc Yacht Services.

Ranieri International: “Düsseldorf opens the door to the international market”

Flexiteek celebrates its 20th anniversary in the name of sustainability