But what’s a boat?

How can one think about his boat when it’s snowing outside? Yet it is possible if we consider that this means is part of us and has already taken root inside that part of our mind where our passions are cultivated.

I personally know many definitions of “boat”, from the most technical to the most picturesque ones that the yachting world has spread to yachtsmen. The most famous comes from Great Britain, where people are used to say that owning a boat is like taking a shower with your clothes on while tearing up £20 notes. More Italian is the boat-wife parallel, where the purchase is the least of the problems if compared with maintenance costs. I don’t want to assume the typical attitude of a psychologist but I think the “boat” can represent a payback for what many adults never had as kids. Jealously berthed in the ports or used just for short Sunday trips “just to grab a bite”, boats often replace that never-built tree fort or that childhood branch hut which collapsed under the first breath of wind.

Designers and shipyards therefore take advantage of these human weaknesses and invent, within the sailing shell, all the wannabe boat owners can desire in a flat or a house.

For example, I don’t understand why warm water and shower compartments inside bathrooms are deemed indispensable even for those who won’t climb on board before July or August and who, after leaving his own berth, will try to exclusively get another marina which, of course, must be equipped with toilets, showers, swimming pools and all sorts of amenities. Bays are reserved for the most adventurous yachtsmen, that is those who use sailors’ soap and discharge black water directly into the sea ( as far away as possible, we hope) without never entering a toilet. 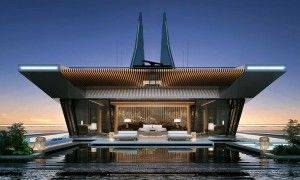 My rude description doesn’t cover megayachts, elegantly equipped with a jacuzzi, a ping-pong table, white/black/grey water tanks while I think about 7.5 meter and 9.99 meter yachts where every single space is carefully designed.

In fact, if you look closer, bigger boats generally include things which turn out to be completely absurd in everyday life and on board.

The stupidest architectural creation can be found in the master cabins of 11-meter-long (and longer) yachts, whether it is positioned in the bow or in the stern: I’m talking of the two side upholstered “benches”! Almost all master cabins have them and I still don’t know what they are for: to take shoes off? To wait for one’s turn to go to the toilet? Or for when owners argue and don’t want the others to know it?

How useful it would have been to include an additional locker, preferably small and low!

Another bad deal of interior designers conceiving small and medium-sized boats can be found in what is commonly defined as “bathroom”. I have often seen a mirror or more mirrors installed on the sliding doors of the cabinets located immediately above the washbasin. In addition to the hard presumption of standing in this narrow room, you will end up shaving with a more convenient view of your down which instead surrounds your belly-button if you don’t want to kneel down.

Not to mention the clothes and blinds which should cleverly capture “who” will decide to buy the boat, regardless of the engine power in one case or the sailing plan in the other; in short, I’m talking of your wife/partner who immediately goes under the covers  but actually executes a thorough inspection: she opens drawers, lockers and looks under pillows.

I once saw a very distinguished, wealthy couple, highly interested into purchasing a boat. The husband, in particular, wanted a boat for himself. We were on board a 16-meter yacht costing around half a million euros and the seller was clearly excited about that deal which came unexpectedly on the third day of exhibition. The wannabe owners were sitting in the dinette while other visitors continued their visit on board. Her intemperance, however, escaped nobody’s attention when, slightly upset, she started repeating the same sentence: “I’d rather die than buying a boat having those terrible leather sofas!”.

And so it was that, despite the tactful and almost tender attentions of the seller, visibly in trouble, after the last proclamation about leather, the woman got off the boat, dragging her discourage, resigned husband. I don’t think that they bought that or another boat because I am convinced that they argued.

Maybe, we should first ask: “what’s a boat?”

The world’s strangest ship? It’s called RP Flip and is a unique research ship, created by the US Navy, which can sink under water and stand vertically.