Boating superstitions. What you shouldn’t do on board

When the two guests that I was waiting for looked out on jetty P4 of the Marina di Procida, a mixture of curiosity, astonishment and panic spread among skippers, mooring men and workers in the quay. The general astonishment was provoked not so much by the pretty gait of the two women but by the insolent presence of a huge yellow umbrella under the arm of my friend.

In just a few seconds, everyone looked at me as if to say: … “and now, it’s your business” and mouths, almost paralyzed by astonishment just a few seconds before, suddenly started to pronounce strange exorcising sentences in Neapolitan dialect.

That horrible yellow thing was going to bring a huge amount of back luck to my boat. I needed to do something. So, I instinctively ran towards my friends who, for some seconds, interpreted my nervousness as a display of enthusiasm. ” This won’t climb on board”, I said in a squeaky voice by snatching the horrible source of bad luck from their hands. So, the umbrella ended up in a box room and our short cruise met no accidents. But the trauma was never overcome and, still today, people in Procida are said to remember and talk about that terrible day when an umbrella was about to touch the deck of a sailboat.

After all, everyone knows that: boating superstitions are many and of different nature, all resulting from ancient traditions and beliefs, even though some of them have fortunately disappeared. Different superstitions, different counter measures to adopt according to the home country of the ship, the boat and the crew.

For example, it is universally considered unlucky to bring an umbrella on board. Although the origin of this belief is not clear, sailors from all over the world seem to accept it.

Boating superstitions: do not whistle. Stop with the green 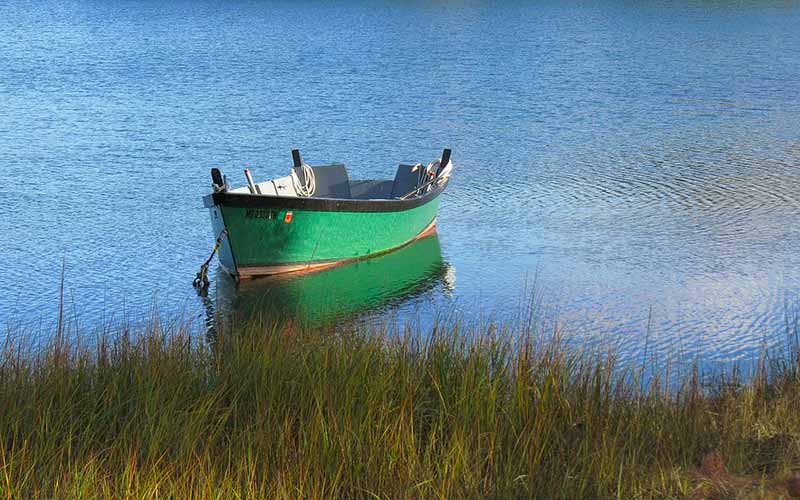 and universal superstition forbids whistling (in some countries, the ban is even extended to wind instruments) because whistling on board is generally believed to raise storms. But there are some exceptions. For the French, for example, whistling is exclusively allowed in windless conditions but becomes extremely dangerous in case of wind because it could raise a gale. According to various sources, whistling is an act of arrogance from the sailor, a means to challenge the wind or even call the fury of the devil.

Green colour is generally assumed to be highly unlucky. The origins of this superstition are different but the most reliable ones are two. The first refers to the green colour of mould which could corrode the woods of ancient sailing ships, hence extremely likely to cause their dissolution and consequent sink. The other relates to the typical blue-green colour of naval officers’ corpses. If they dead during long crossings, they were in fact released to their families only at the end of the travel, so after a long time and in conditions of dubious freshness.

No rabbits among passengers, no bananas on board

Bringing a rabbit on board is completely out of question. In the case of a very superstitious captain, even saying the word “rabbit” or the name of any other rodent is absolutely banned.

We can’t say how far back this superstition goes but it certainly dates back to the time when live animals were usually brought on board in order to have fresh food in the pantry. As for rabbits, it was discovered that they loved attacking the woods and cordage of boats by causing, of course, serious damages.

Today, this belief has disappeared in the Mediterranean but some conservative English captains are still superstitious in this respect. We’re talking about banning bananas and banana-based recipes on board.

The main explanation for the banana superstition is that bananas carried aboard ancient ships fermented and gave off methane gas, which would be trapped below deck. And then, of course, there’s the theory – a little more banal one –  that banana peels cause crew members to slip and fall on deck.

You shall have no other name before me

Do you want to change the name of your boat? Oh no, it’s absolutely banned! Boats, in fact, have a soul and their names are written on the Gods of the Sea’s Book, better known as the Book of Depths. If not busy in other business, Poseidon, the absolute God of Sea, is said to take care of it. Changing the name of a boat without notifying the Boss and the other gods (how can we do that?) is a serious act of defiance which might expose us to some terrible punishments. Another theory is that changing the name of a boat might confuse the crew that therefore would risk to climb on board the wrong ship.

And there is even an explanation that concerns the custom of christening the last stave or the figurehead of a sailing ship with the same name of the ship. That should have been the only woman on board; changing the name would have unleashed the jealousy of the woman who, for reprisal, would have sunk the boat.

So, the name of a boat shouldn’t never been changed. However, if, for example, your boat has a really terrible name, some specific procedures and ceremonies are allowed.  They are different, but the most commonly used one consists in removing the original name of the boat from both the stern and sides and destroying all keychains, plates, pillows, bed sheets, blankets, dishes, glass and anything else printed with the old name. But it’s just the beginning of this boating superstitions.

The most important thing is, in fact, to set a course and follow it seven times. The French tradition is even more severe. The name of the boat can, in fact, be changed but only on August 15th and after a demanding course simulating the movement of a snake eating its own tail.

A virgin pouring some red wine in the bow, a coin put under the mast, the boat blessed by a priest and many other customs are, on the contrary, some good precautions to keep back luck away from our boat.

We could go on endlessly. Because, even cutting hair, nail trimming, sailing off on Friday, giving a sailor flowers and even chatting with the great Vito Dumas – since he is said to bring bad luck more than the Italian singer Marco Masini- should be banned.

But we stop here. Despite their historical value, they are just superstitions. However, since “Fortune is blind but bad luck can see very well”… well, the choice is yours!