The Class 40 FRA 156 Guidi heads to Martinique in a memorable adventure aimed at conquering what promises to be one of the most exciting competitive races of the end of the year. The Transat Jacques Vabre, which started on November 7th in the rough waters of the English Channel from the port of Le Havre, in Normandy, will see the Class 40 FRA 156 Guidi engaged in an exciting ocean crossing that retraces the historic “coffee route“. Among the sailing classes envisaged, the race includes: the Class 40, Imoca 60, Multi 50 and the Ultime. 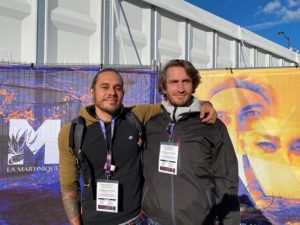 At the helm of the boat renamed this year “Class 40 FRA 156 Guidi” is the duo formed by Andrea Fantini and Charles-Louis Mourruau. Together they will challenge teams from all over the world thanks also to the sponsorship of Guidi Srl, a company famous for its Made in Italy nautical accessories.

A total of 46 Class 40 yachts are taking part in the 4,600-mile ocean race. Among the stages, the obligatory passage of the “virtual buoy” in the archipelago of Cape Verde before continuing the race towards the warm seas of Fort-de-France in Martinique.

Andrea Fantini and Charles-Louis Mourruau are taking part in this sailing competition on the strength of two other significant experiences this year, during the Les Sables/Horta/Les Sables and the Rolex Fastnet Race, “two races that served to properly “test” the boat and its team”, as explained by the Guidi Srl communication offices.

The expectations for the Class 40 FRA 156 Guidi

During the Jacques Vabre the two sailors will have the right opportunity to see if the work and improvements made to the boat in the boatyard will bear the desired fruit. Andrea Fantini, on the eve of the departure from Le Havre, did not fail to express his good wishes: “We are very excited, we have done a great job on the boat and we have even finished the work on the boat a few days before the race, which has never happened to me before. The boat isn’t brand-new, unlike some of the others in our class, but we’re convinced we’ve prepared it well and I have a good understanding with Charles”.

The Transat Jacques Vabre represents for Fantini a new ambitious goal: “I don’t remember ever having seen so many boats as this year: our goal is to arrive in the top ten, it won’t be easy but we will do our best. The weather seems favourable, at the moment there are no depressions in sight in the first few days of sailing, which are usually the hardest, then as we go down south the conditions should improve further. We are very satisfied with the collaboration with Guidi, which has always supported us closely during the season, even coming here to Le Havre in these days,” said the Italian skipper.

At the METS in 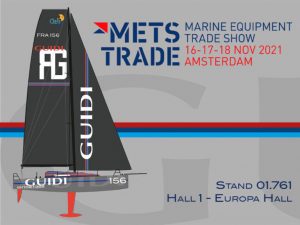 Amsterdam, from November 16th-18th, Guidi Srl will be exhibiting at booth 01.761, Hall 1 – Europe Hall and it would appear that for the occasion they will be trying to establish a streaming contact to receive updates from the sailing duo right in the middle of the Jacques Vabre race.