Our test of Crystal Prop, the self-cleaning antifouling paint by Coverplast, continues with a propeller left soaking for more than 7 months 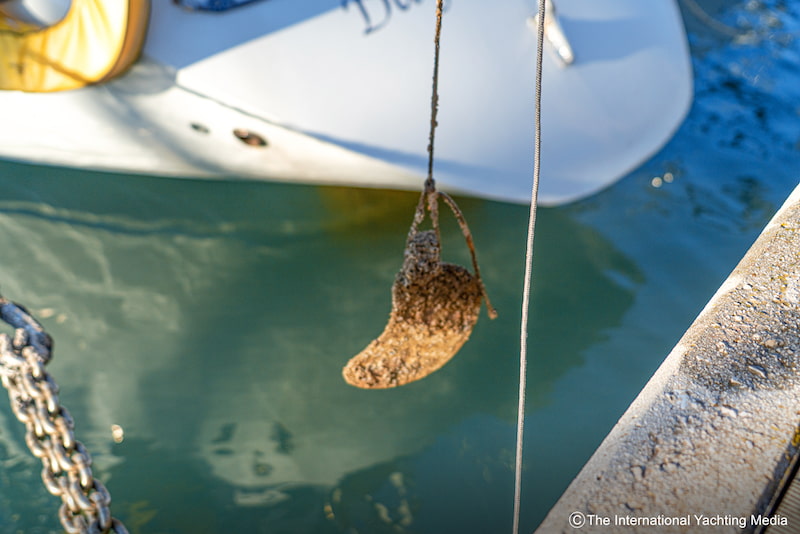 test started before summer with the application of the Coverplast antifouling paint on the propeller of our Daydreamer. The first phase of the test showed that the paint resists cavitation, remains on the propeller surface and the power of motion, even on a sailboat, is sufficient to detach the vegetation without problems. In parallel with the test on board our Daydreamer, the result of which you can read here, we decided to carry out a second and ever harder test.

So, we applied the Crystal Prop paint on a propeller blade, which we then left soaking for more than 7 months last summer. The goal was to verify whether the hardness and the extreme slipperiness of the paint allowed us to easily clean the propeller, even after a long non-use period.

Before seeing the test in detail, let us give you a brief recap of Crystal Prop’s operation.

How does Crystal Prop work?

Crystal Prop is a self-cleaning, biocide-free, non-exfoliating, long-lasting paint. Its application results into a hard and slippery surface that allows it to function like an antifouling paint. 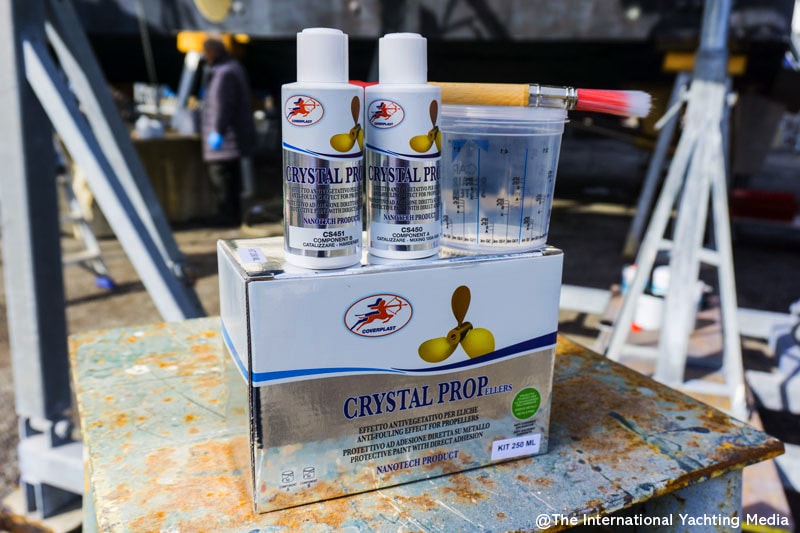 Fouling, in fact, not only has difficulty in getting on the paint but also detaches itself thanks to the friction produced by the water flow. Among its main features, it doesn’t need any coat of primer to adhere to the surfaces which it is applied on as well as an excellent anti-galvanic corrosion effect.

According to the manufacturer, the main characteristic that distinguishes Crystal Prop from the other products is its greater gripping power. This would make it particularly suitable to be applied on the mechanical parts and to resist the cavitation of the propellers, as we successfully verified during our test. Moreover, Crystal Boat has the benefit of being compatible with all types of metal.

The test to which we wanted to 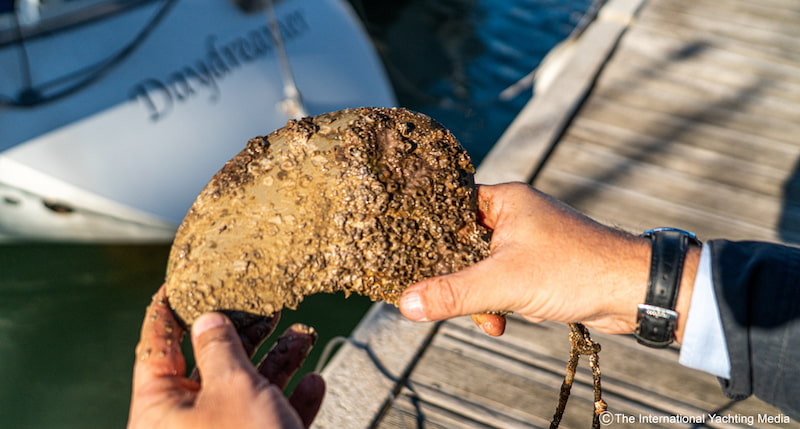 subject the Crystal Prop pain goes far beyond what we had previously detected and its specifications. The antifouling paint, in fact, is designed to ensure that the propeller motion facilitates the removal of vegetation. This implies a frequent use of the boat but, unfortunately, we know that many boats remain docked in the port for a long time, therefore without the propeller turning. We asked ourselves what happens in this case that inevitably provokes the formation of annoying fouling whose removal is really difficult.

Can the smooth surface of Crystal Prop resist fouling? 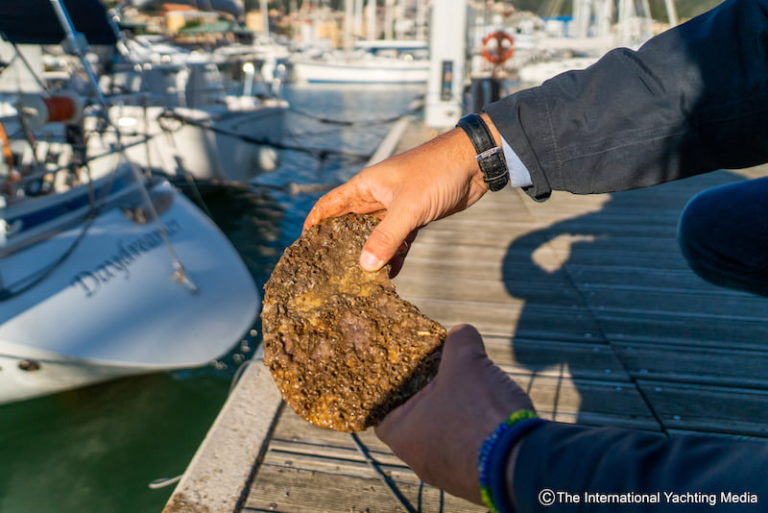 Not having the possibility to left the Daydreamer stationary for 7 months, we decided to drop a propeller blade near our berth and left it soaking.

The blade treated with Crystal Prop remained immersed, tied on the dock, at a depth of about 1 meter from April to December at Marina di Varazze. This means that it suffered the aggression of fouling even in the most difficult months in terms of proliferation, that is the hottest ones.

In fact, when we pulled out the blade from the water, it was full of any weeds, like barnacles, algae and macroalgae. A very bad condition that, in a real situation, would have required a long out-of-water removal operation or, at best, a long underwater scraping operation. In both cases, it would have been difficult to find a trace of a normal antifouling paint still clinging to the treated surface. 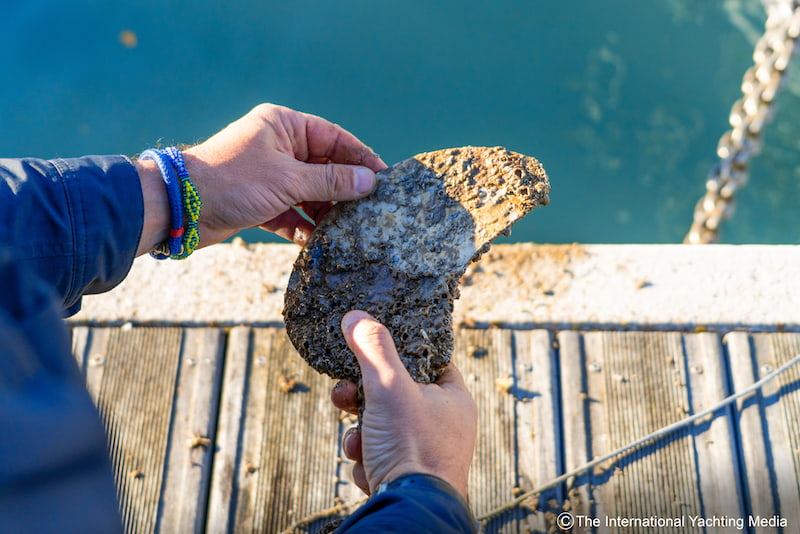 we tried to removed the fouling deposits with a finger, most of fouling detached on the first try. For the most annoying deposits, it was sufficient to apply a little more pressure with the tip of our fingers to remove them. The result was really surprising.

The hard and smooth surface of Crystal Prop makes it possible, even after a long non-use period of the immersed mechanical parts, to easily remove even the most difficult organisms which infest both propellers and axes.

The paint does not detach from the metal surfaces to which it is applied: in fact, at the end of our cleaning operation carried out with our hand, the propeller blade was not only clean but also entirely covered with Crystal Prop.