Dragon Harald Fairhair, the masterpiece of a Norwegian businessman with a love for history

The Vikings were craftsmen, traders, 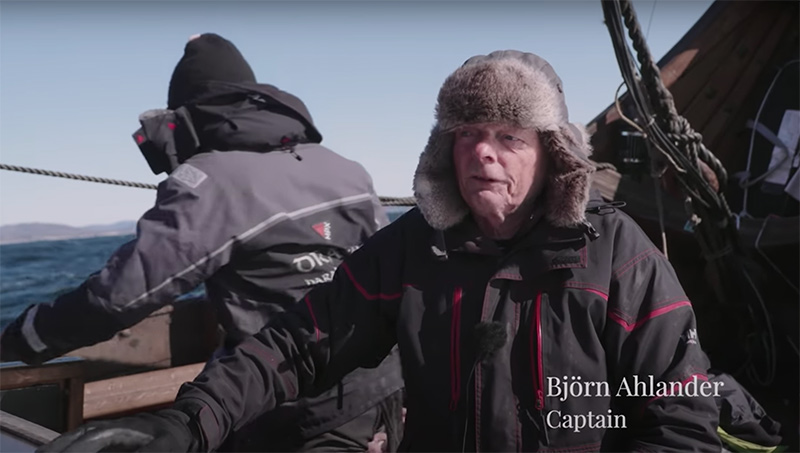 storytellers and, above all, warriors and sailors. And, among thousands of battles, their most prestigious thiumphs were certainly the ships they built.

In 2008, the Norwegian businessman Sigurd Aase, passionate about history and navigation, started the ambitious Dragon Harald Fairhair  (“Draken Harald Hårfagre” in Scandinavian language, which means “the dragon of Harald Hårfagre“, who was one of the most important Norwegian kings) project , with the aim of building the largest Viking ships of all time, even larger than the ones received from archaeological studies.

The project was not only successfully completed but, on the occasion of the epic North Atlantic crossing, was even celebrated with this spectacular documentary film which clearly shows the difficulties of sailing in the past as well as the enormous constructive effort of its owner. 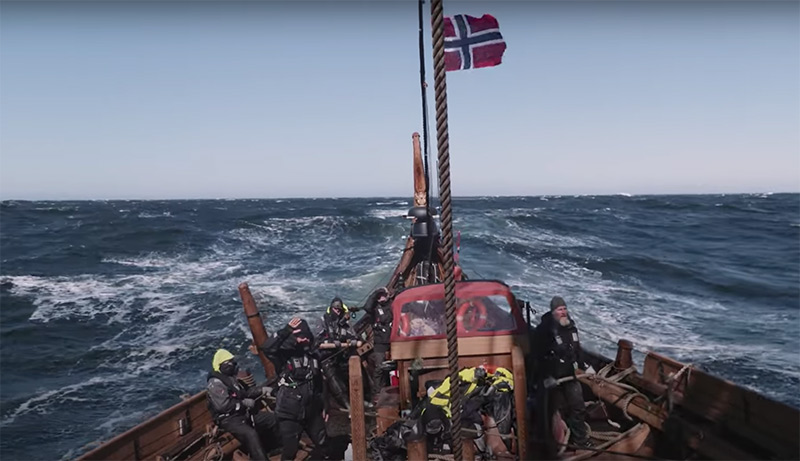 The Vikings left almost no record of how they built their ships, or how they sailed them

Dragon Harald Fairhair is a recreation of what the Vikings would call a “Great Ship”, built with archaeological knowledge of found ships, using old boatbuilding traditions and the legends of Viking ships from the Norse sagas. Construction officially began in March 2010. 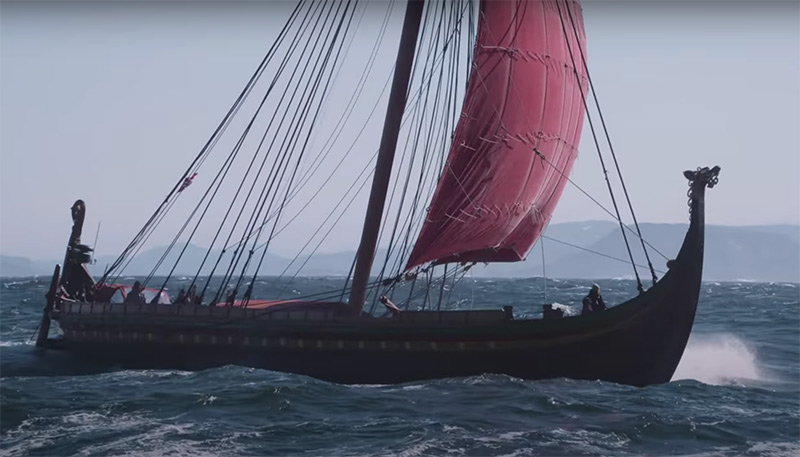 place in summer 2012. Since no one in the staff had never sailed an ancient Viking ship before, the Dragon was tried and tested not too many miles away from the Norwegian coast.

In 2014, the Norwegian skipper Björn Ahlander undertook the first real expedition: a three-week crossing from Norway to Merseyside, England.

On April 26, 2016 the ship left her home port of Haugesund to head for the Canadian island of Newfoundland, with the aim of retracing the Vikings’ first transatlantic voyage when they went to discover the New World. The cruise included several stops in the north of the ocean: Shetland and Faroe Islands, Iceland and Greenland, before the landing in Canada on June 1 of the same year (in the YouTube video above, the heroic crossing in the Labrador Sea).

The crew received the Leif Erikson Award from The Exploration Museum during the Explorers Festival 2016 in Húsavík, Iceland. The most worthy prize for the biggest Viking ship in history. 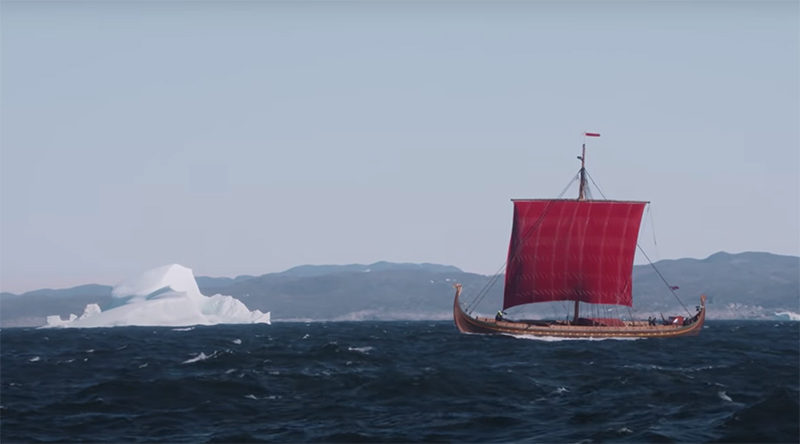 Franchini MIA 63 launched: much more than a super bow

Pardo 38 : the “Baby in the family” is striking