Founded by engineer Fausto Colombi, Ecoline Marine manufactures hybrid and electric boats in full respect of the sea, in the name of craftsmanship, as a result of years of experience and professionalism.

5 years ago, during the Cannes Yachting Festival, the full-electric version 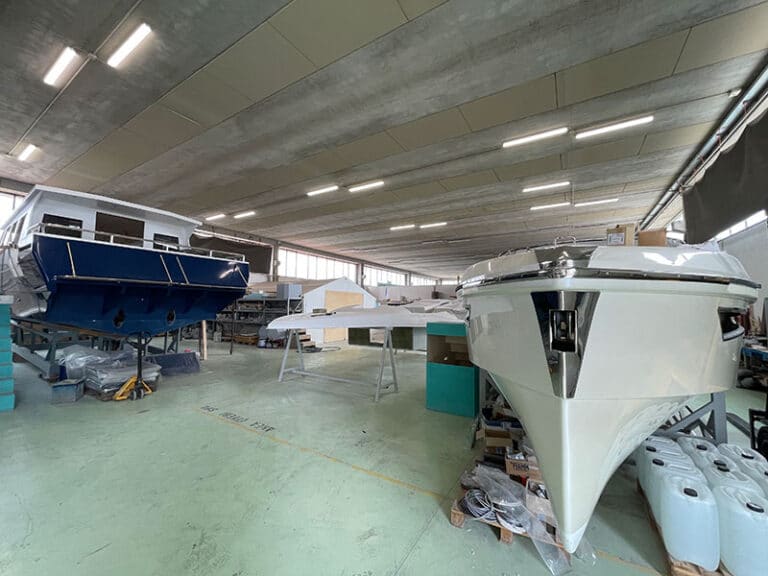 of the Seatech 30 draw the attention of the public at the French kermesse and we, too, at The International Yachting Media were particularly impressed by this eco-friendly vessel designed not only for pleasure but also as a workboat.

The Seatech 30 was the first unit in a series of eco-friendly, hybrid and full-electric, boats that Ecoline Marine manufactures in its headquarters in Sarnico, on Lake Iseo.

Deus ex machine of these boats of the future, but also of the present, is the Italian engineer Fausto Colombi, 78, an authoritative name in the nautical world, former founder of Cantieri di Sarnico with a prestigious career as plant manager at “Cantieri Riva“.

It is precisely the ” Riva thought” that guides the pencil of Fausto Colombi who, assisted by the young designer Marino Alfani, his right-hand man in the design phase, creates innovative boats that look to the future while having strong roots in the past. A past made up of knowledge, expertise and professionalism. 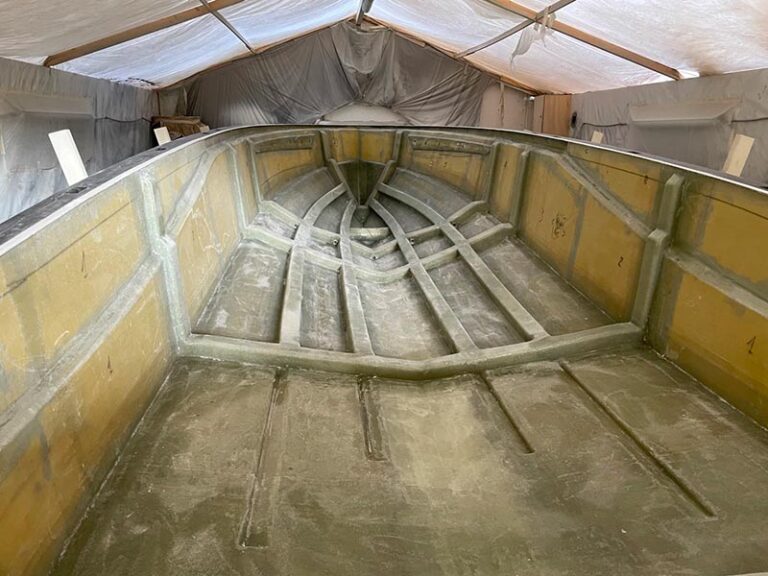 ” Ecoline boats – explains engineer Nicolas Küpfer, Export and Marketing Manager at Ecoline Marine – have cutting-edge technology but, at the same time, they are the result of a great deal of previous experience and boast top-level building quality, typical of the Carlo Riva school, which was an example and inspiration for engineer Colombi. Innovation and experience are two elements that, combined together, are difficult to find in the nautical world, where too many manufacturers improvise and, in the long run, approximation is visible: at Ecoline Marine, nothing is improvised”.

The love for the marine habitat is also a feeling that Fausto Colombi has not put into play overnight but has patiently cultivated over the years, until 2011, when he was granted the patent for his first hybrid boat.

“ After the great 2008/2009 crisis which also affected recreational 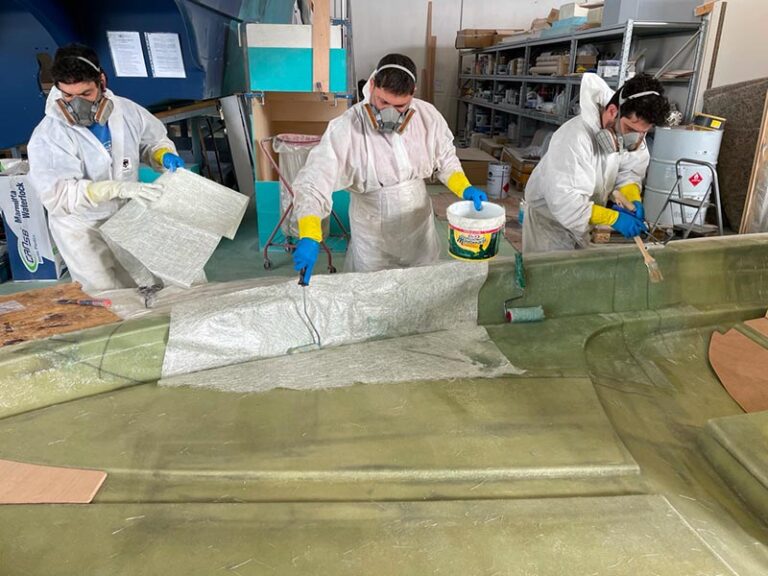 boating, I had no intention of stopping, so I thought of some alternative models and, since I’m a great nature lover, I decided to design and build boats that could respect the environment” – says engineer Colombi – After an intensive phase of research, experiments and prototypes, Ecoline Marine was born three years ago, starting from scratch but backed by my long experience. Today, our range of hybrid and electric boats is in high demand by both private and institutional customers, including the Italian Financial Police for which we built the first hybrid lookout. Furthermore, we build hybrid tenders for an important cruising society and we have many sustainable units all over Europe, sailing on the Danube, the Rhine and in the canals of Amsterdam”. 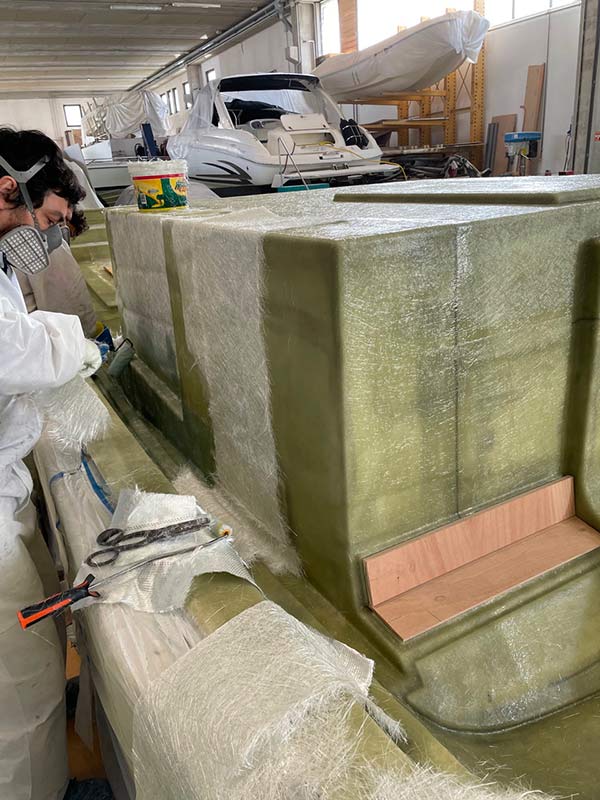 ” Unlike many shipyard that tend to opt for outsource production, Ecoline Marine produces everything in-house – emphasizes Nicolas Küpfer – Ours is a small shipyard but it’s structured in such a way that every process step takes place in-house: there’s a paint department, a lamination department and a carpentry department. We start from an idea proposed by the shipyard or by the client himself, then we turn it into a custom project. This is why Ecoline boats are 100% custom. Ecoline Marine is a shipyard with an essentially artisan soul, but if the demand were to increase considerably, thanks to the in-depth skills of engineer Colombi, production would certainly become mass-produced and therefore industrial, in a mix of craftsmanship and industrialisation”.

Ecoline Marine boats are, first of all, safe and designed to deal with any type of emergency.

In particular, electric boats are equipped with two independent lines, thus guaranteeing maximum safety, even in the event that one line suddensdly goes down: there’s always the other one, ready for use. Moreover, the electric model allows a considerable reduction in both consumption and environmental impact.

Hybrid boats, instead, are equipped with two 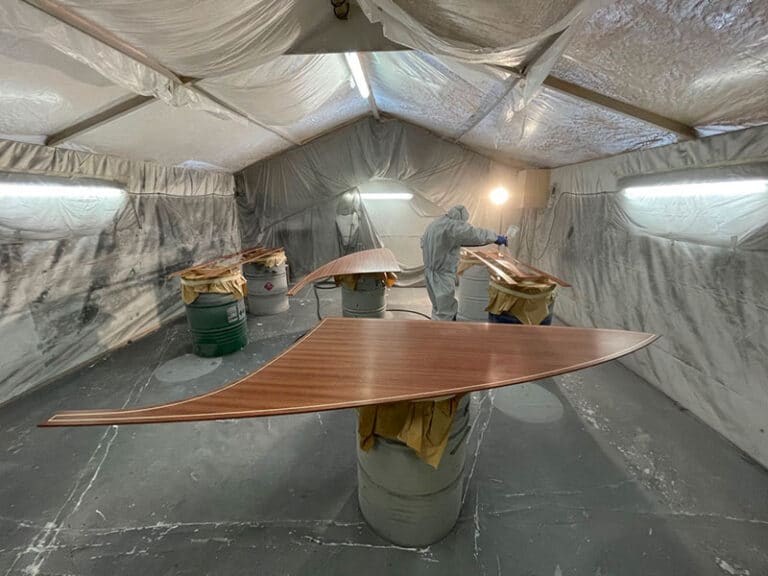 engines: one electric and one endothermic diesel, in axis with each other. Electric operation, at slow speed with a range up to 10 hours, is supplemented by diesel operation for higher speeds or tho charge batteries.

” Recently – says Fausto Colombi – the number of marine protected areas is increasing, especially in Italy, and hybrid boats are the most suitable option: you turn the engine off and go electrically to enter the protected areas without any prohibition. In this regard, we have several projects underway: we are designing a work boat for one of Europe’s largest marine parks, and an 8-metre boat called Ecoboat, which will be able to shuttle all those large yachts that will soon no longer be able to dock in the Italian and French seaside areas destined to become protected. Lastly, we are finishing a hybrid boat with two diesel-electric motors (four motors, then) for transporting people, which will be used on Lake Trasimeno. The full-electric boats, on the other hand, not only reduce fuel consumption and pollution to zero but, as they do not have an endothermic engine and tanks, they also save a lot of space on board and are much lighter (an endothermic engine weighs around 600 kg, while batteries and electric motor together weigh 400 kg), making them more agile, manageable and trailerable”. 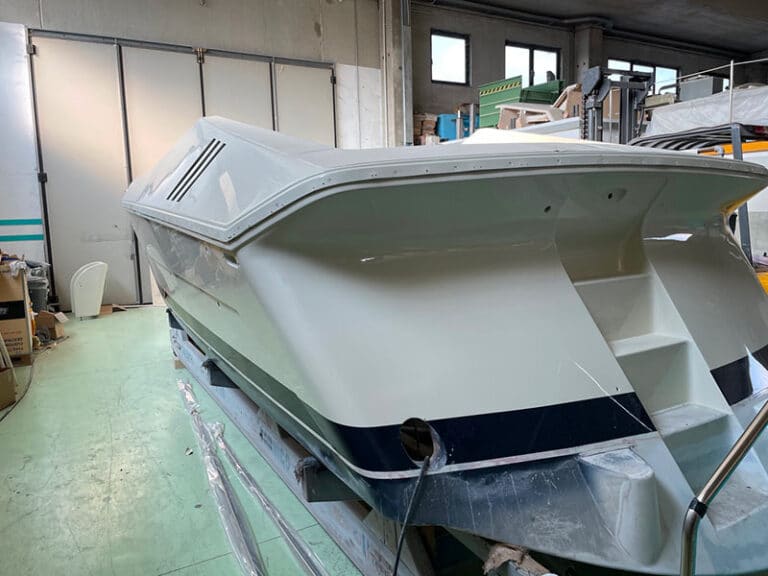 “The concept of electric is in contrast with that of speed because, when sailing electrically, the power available is lower and the friction with the wave significantly reduces power and performance – admits Nicolas Küpfer – However, on an electric boat, you can sail at decent speeds. This is why Ecoline models are equipped with a vertical and very sharp bow which does not hit the wave but opens it up, helping the hull to glide better on the water”.

The range therefore includes full-electric (Eco 900 and Eco 800) and hybrid (Eco 600 and Eco 800) models, in Limousine versions and with a beautiful and elegant layout. The hybrids include the Ecolux 850, which will make its debuts at the Venice Boat Show this spring together with the exclusive Eco 900 Electric service boat. The Ecolux 850 Hybrid (see the renderings below) will be also exhibited at Cannes Yachting Festival next September. 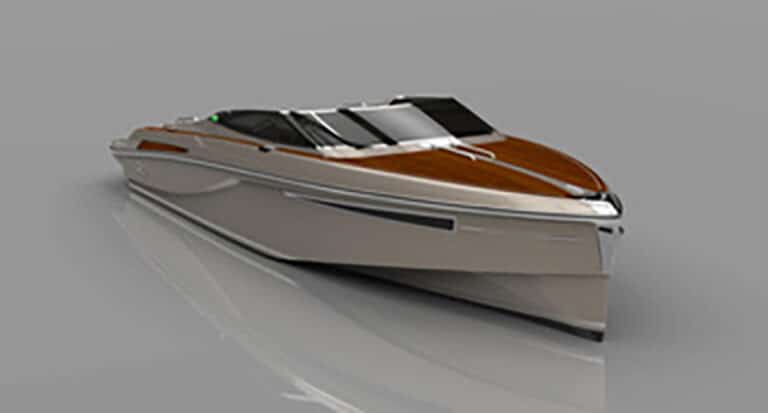 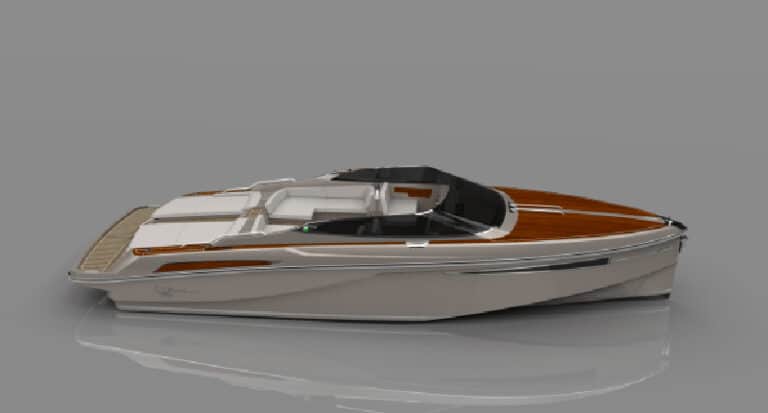 “The Ecolux 850 Hybrid is our flagship model – says engineer Colombi – It’s a 8-meter day-cruiser, powered by a turbo-diesel engine and an electric motor running in tandem. Featuring mahogany finishes and teak-finished decking, it’s a modern and luxury boat the represents the synthetsis of refined design and sustainable technology“.

The appointment is for May 29th-June 6th at the Venice Boat Show, where Ecoline Marine – we’re sure – will conquer all the owners who respect the sea and care about its future.

Absolute Weekend: the Absolute fleet will be waiting for you on the Adriatic shores