Guidi, the excellence of “Made in Italy” marine equipment supply, celebrates its 50 years of activity

In a time where 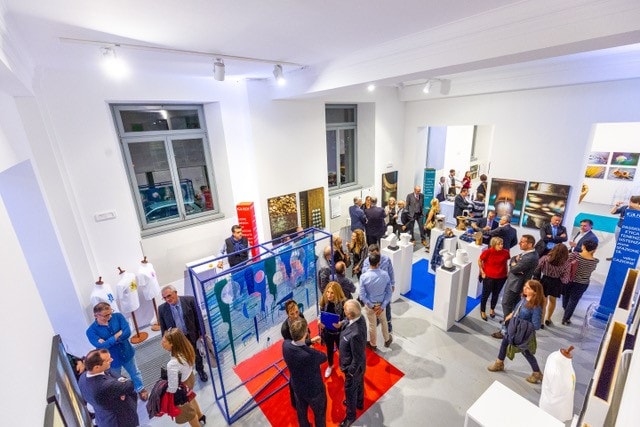 the Italian economy is certainly not blooming and many historic players of Made in Italy have struggled to survive and expand or have even fallen under foreign ownership, Guidi, an Italian company specialized in the manufacture of marine accessories, bucks the trend.

After one year of nervous wait, it celebrates its 50 years of activity in the historic center of Milan with a gala evening.

An uninterrupted half a century of family management that has contributed to transform a small business into a well-established and worldwide recognized company without never forgetting local origins and the importance of sustainable development. 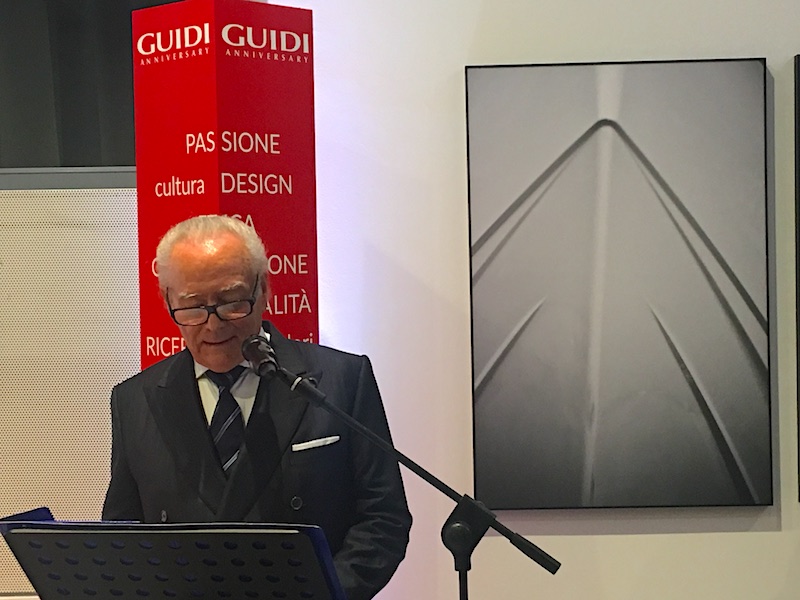 uring the event, open to all the people and companies that have come into contact with its environment, Guidi offered an overview of itself, showing how a company worthy of being considered as an excellence of Made in Italy should be.

We were welcomed by the words of the founder and “helmsman” of the company Bruno Guidi:

” We have wanted to celebrate our anniversary with all the people who have contributed to our success but, instead of remembering the past or celebrating ourselves, we have preferred to show you what Guidi is today along with our next plans“, he said, ” When I started my activity, I would have never expected to achieve this goal. That’s a really great satisfaction“.

In order to give these words a real 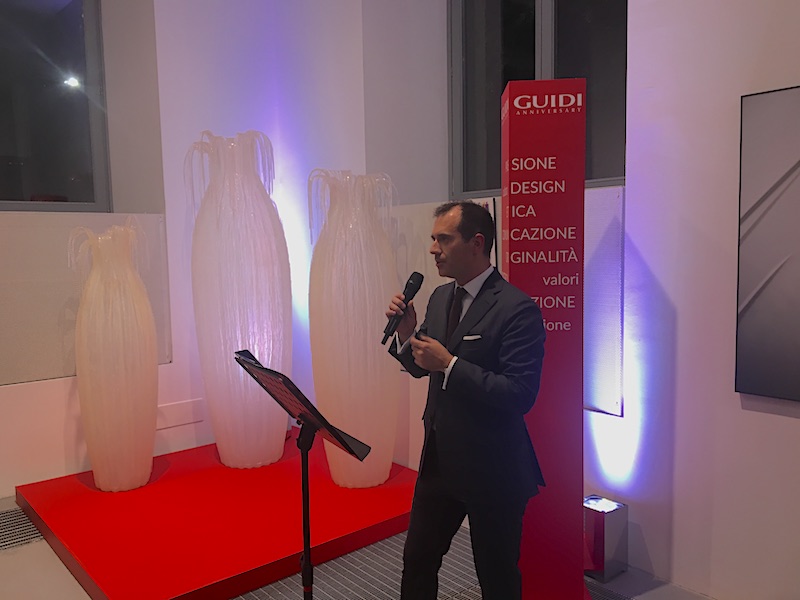 sense, the location of the event hosted many significant areas focused on the various sectors which the company deals with. Not all of them were tied to manufacture but were all actually cross-cutting.

Joining the event, we had the opportunity to realize how the vision of a solid continuous ownership has succeeded in creating a company whose fidelity rate is vertical and involves: employees, some of whom have even 40 years of service; customers who, satisfied, go on choosing their products; and suppliers, that, when possible, are always selected in the neighbouring territory in order to create a small productive district that has already been a key success factor for many Italian companies. 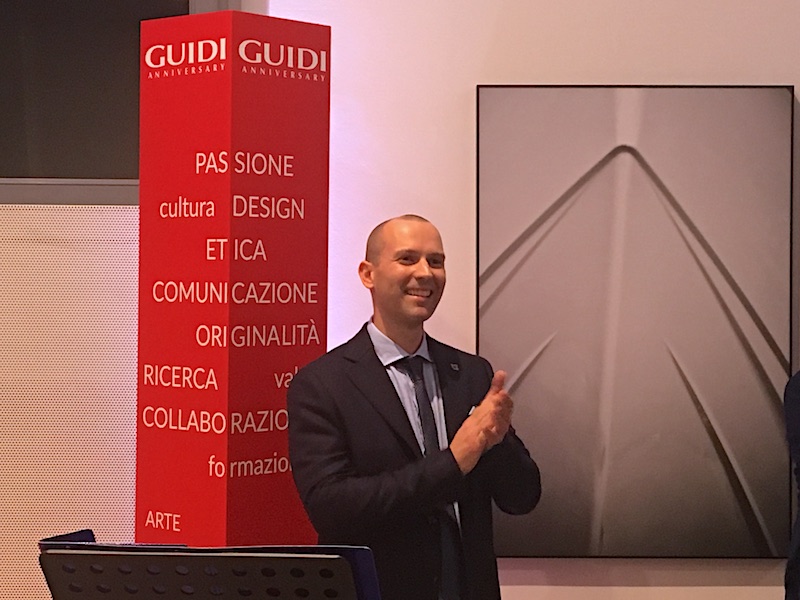 All these concepts, together with products (including the inevitable innovative valves, which are the proud and exclusive patent of the company) were shown in the area which aimed to give guests a sense of real company’s core.

In the picturesque location of the event, Guidi also showed another important “side” of itself: the attention to sustainability given by a company that works in full respect of its own environment and social background.

Indeed, there were special spaces where all the environmental, social and sporty initiatives promoted by the company were shown in detail. 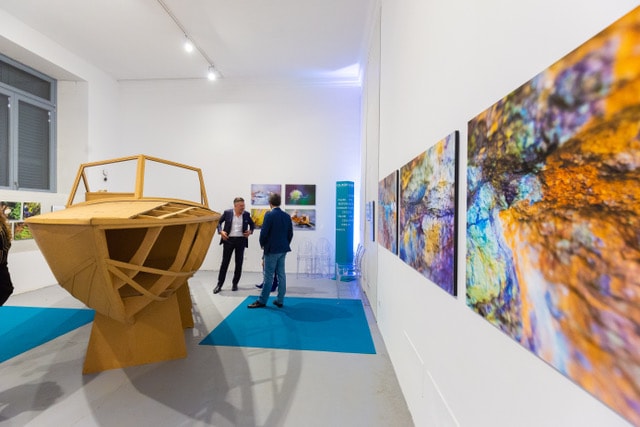 Guidi has always been a strong supporter of art that, here, was clearly represented in every corner.

More specifically, Guidi is linked to some local non-profit associations by many partnerships that aim to support the local social structure and sponsors a cycling team and a rally team that are two great passions of both the founder and his sons, giving a concrete positive impetus to sports.

In the environmental context, the business works like all attentive companies should do, trying to produce the lowest possible impact. 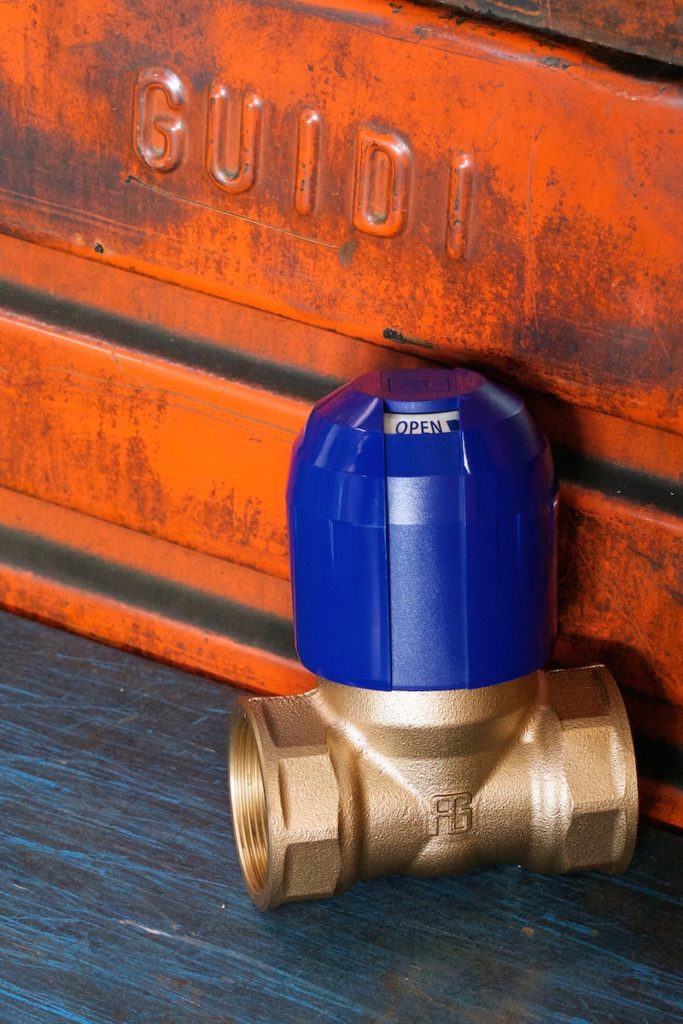 The company, indeed, is totally independent in the disposal of used oils, it recycles the water used in the production processes and handles energy demand with a real army of solar panels.

Installed on the roof, the latter produce about 30% of total daily energy used within the production facilities, which results into a considerable saving in terms of corporate and future’s economy.

Sealed by toasts and friendly conversations between professionals that are also friends, we can certainly say that this event was a real success.