It is popularly known as ” spotted puffer fish” but its real name is Lagocephalus. And it is very dangerous. Its skin and entrails contain a toxin, TTX tetradoxyn, which can cause death through muscular paralysis, breathing complications and circulatory system arrest.

Who raised the alarm is the international non-profit organization Oceanus, intended to protect and supervise life in sea and of the sea: ” If you fish it or some other strange species don’t try to eat them and please inform the Port Authority”.

Lacocephalus is an alien species coming from the Red Sea. It first appeared in Greece in 2003 but, unfortunately, it settled there well and the first signals of its diffusion have already come. Its settling-in in all the Mediterranean Sea is a concrete risk. 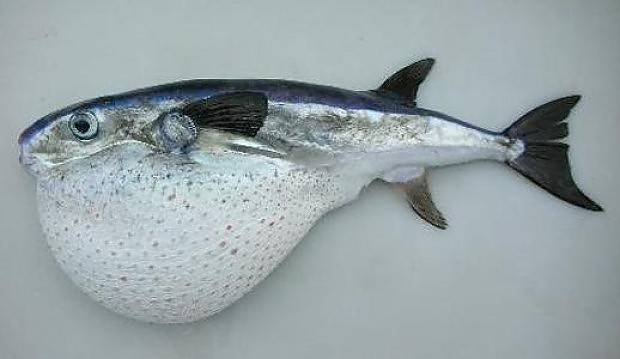 Its length goes from 2 to 60 cm but only rarely it can be one metre long and reach a weight of 7 Kg. It is  club-shaped. It has no chips and the upper part of its body is dark olive with many black or brown dots. Its stomach is flat and white and it can get dilate like a ball.

Its main feature is represented by its four teeth, two on the mandible and two other ones on the jaw, combined with two very big silver-iris-eyes.

It usually lives in not deep waters, from 15 to 50 metres of depth, and it rarely can reach 100 metres. It lives on rocky buttons, cliffs and vertical rocky walls. Its features make him recognisable but, if in doubt, if you fish a similar species, Oceanus recommends to not eat it and warn the captaincy by indicating the place where you have found it.

BOS LE300 Smart Battery System, the batteries that will change boating are here