Attractive and elegant, classic and 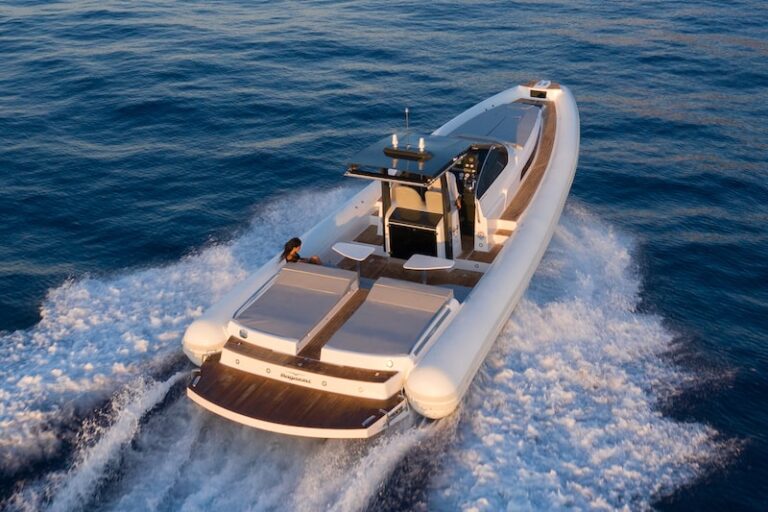 innovative at the same time. And now, with an overall length of 13.30 meters, finally immersed in her natural habitat. The MX-13 Gran Coupé, the new Maxi Rib by Magazzù, was launched last weekend in the waters of Sicily, in the wonderful setting of the Aeolian Islands.

The new jewel by Magazzù will be officially presented, in world premiere, at the next Cannes Yachting Festival, which will be held from September 8-13 and, later, at the Genoa International Boat Show from October 1-6.

Due to their unparalleled beauty, Magazzù yachts are often chosen by celebrities, who love to be caught on camera on board them. 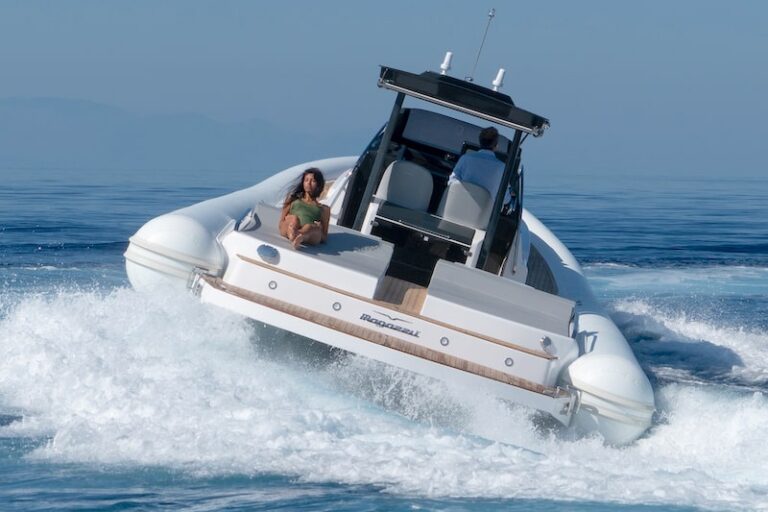 The new Magazzù MX-13 Gran Coupé is not exception. The boat, in fact, has been delivered to the well-know Italian actor and comedian Jerry Calà who, as a great admirer of the Sicilian brand, is on his second Maxi Rib.

The MX-13 Gran Coupé is the evolution of the MX-13 Coupé, a model that, built in 2007, has had a resounding success and with which she shares the famous hull lines. However, the similarities with her predecessor end here because the design, both interior and exterior, is completely new.

” After the success of the 2007-built model – Tina Magazzù explains – we felt the need for a restyling to give a touch of modernity to the MX-13 which now, thanks to the enlarged interior and exterior volumes, is capable of offering greater comfort on board, going further beyond the concept of day-cruiser”.

Externally, indeed, the observer is immediately impressed by the deck house that, raised compared with the previous version, offers more generous spaces and a greater headroom below deck (where there are a large dinette, a cabin and a separate bathroom), as well as greater brightness thanks to the natural light coming from the new horizontal windows, perfectly integrated with the sleek and refined lines of the exterior layout.

That of the raised deck house is a structural choice based on a specific request of the owner, which proves that Magazzù makes customization its essential belief, while remaining faithful to the image of the shipyard. 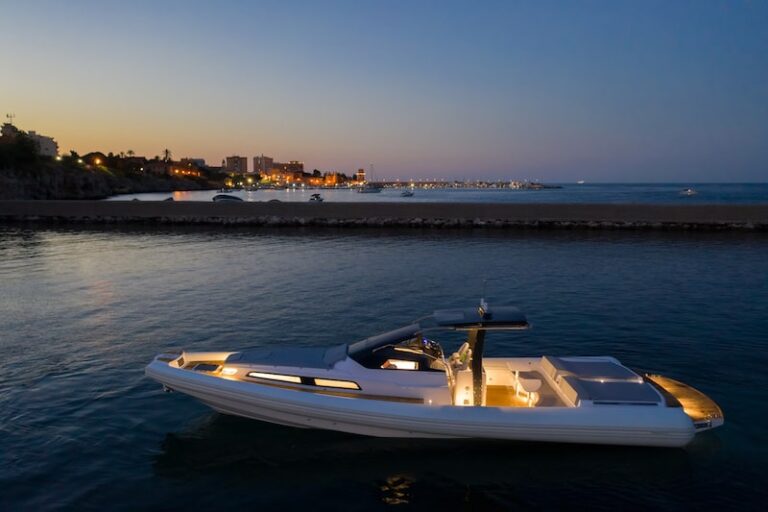 house design also facilitates the circulation on the deck which, in the MX-13 Coupé, becomes an authentic walk-around. Furthermore, thanks to the comfortable handrails, the owners can enjoy the bow section in total safety during navigation.

” The new MX-13 Gran Coupé represents the perfect union between the RIB and the cruiser concepts – Renato Magazzù explains – Below deck, comfort is combined with luxury, giving the owner a welcoming and sophisticated environment, Outside, thanks to the large bow and stern sundecks, the comfortable cockpit and the wide bathing platform, freedom is the absolute protagonist”.

The shipyard makes available many engines options, from 800 to 1,200 HP. In this case, the Maxi Rib can reach and overcome a top speed of 55 knots. 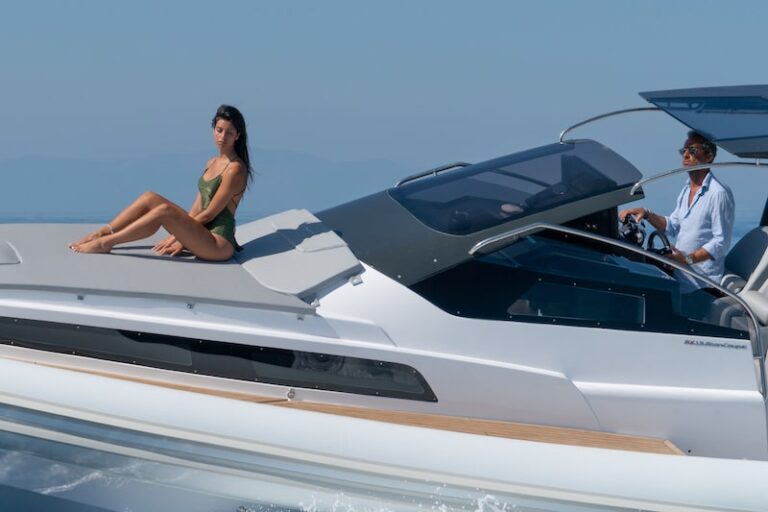 “Aesthetically speaking, the new model is even more attractive than its predecessor: the result is greater comfort on board, more generous spaces and further enhances lines – Claudio Magazzù says – Moreover, the MX-13 Gran Coupé is a high-performance boat with remarkable cruising speed and performance”.

The MX-13 Grand Coupé has finally touched the water. Not, that the wait is over, we just have to admire her at the Cannes Yachting Festival and experience her in all her grandeur at sea. 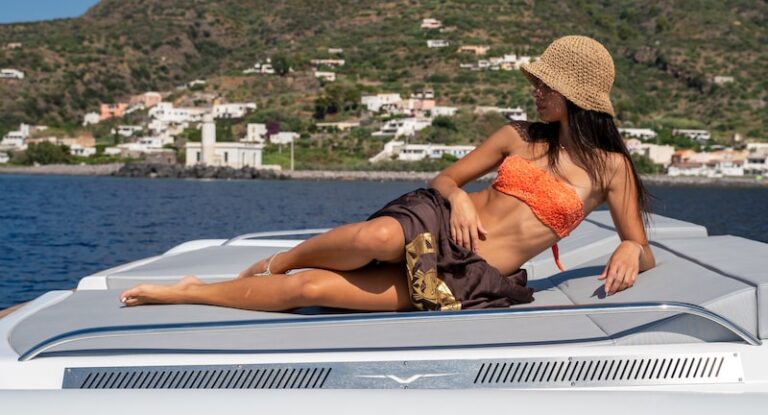 Superyachts: YARE, the dates of the 12th edition