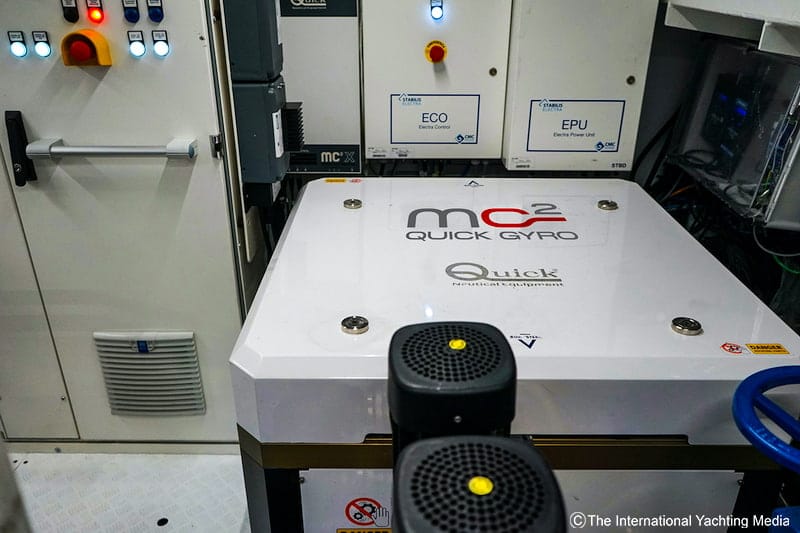 have become an increasingly indispensable accessory. Similarly to steering joysticks, initially received with skepticism and then become a standard, these accessories, too, have definitely won the trust of boat owners and, today, are happily used on most yachts.

It is not that modern boats roll a lot, it is quite the opposite, but the the growing diffusion of yachting and an increasingly uncertain weather subject the yachts to wave movements that, when possible, it is very convenient to reduce.

But while it is very easy to eliminate rolling on small and medium-sized boats, things get more difficult on larger yachts. Major displacements and large heights out of the water are factors that not all stabilizers are able to handle.

This is why we have decided to test a gyroscopic stabilizer that is specially designed for big boats: the MC2 Quick Gyro X25 . 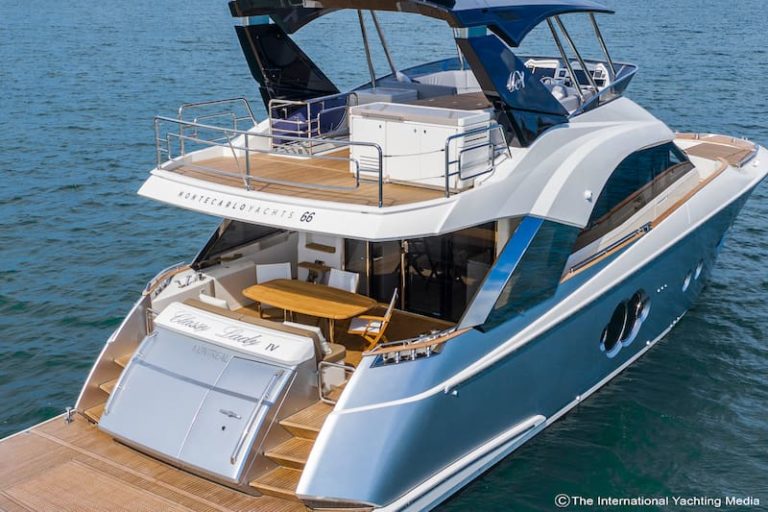 The intermediate model of the Quick Gyro AC range, the X25 features an output torque of 25,464 Nm. This device has been chosen to equip a really important yacht: the Monte Carlo Yachts MCY66 which, featuring a dry displacement of 36 tons, has a kerb weight of over 40 tons.

Moreover, the MCY 66 is a yacht with great interior and exterior volumes, characterized by a beautiful and large flybridge which extends up to the stern cockpit.

It is interesting to note that, although some devices with much greater power are available (for single installations, the MC2 X56 delivers more than twice the torque), Quick has chosen to use the MC2 X25. In fact, for every single boat, the Italian company studies the ideal size of the stabilizer, the one necessary to stop the roll without exceeding, in weight and bulk. 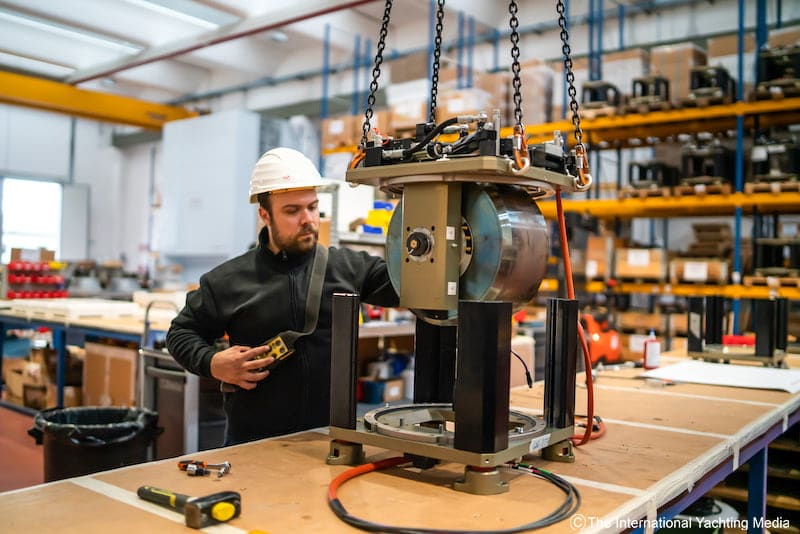 The Copernican revolution launched by these stabilizers is actually very simple. Featuring a horizontal mass which rotates on a vertical axis, the other stabilizers currently available on the market produce a lot of friction on the only bearing which their base is provided with. This heat generation requires the use of a liquid cooling system.

Quick, instead, has overturned this axiom, making a vertical mass rotate on a horizontal axis. This way, the device produces less friction and allows the use of an air cooling system.

This solution results into countless advantages:

In conclusion, it’s an innovation that finally reduces many problems and related costs. 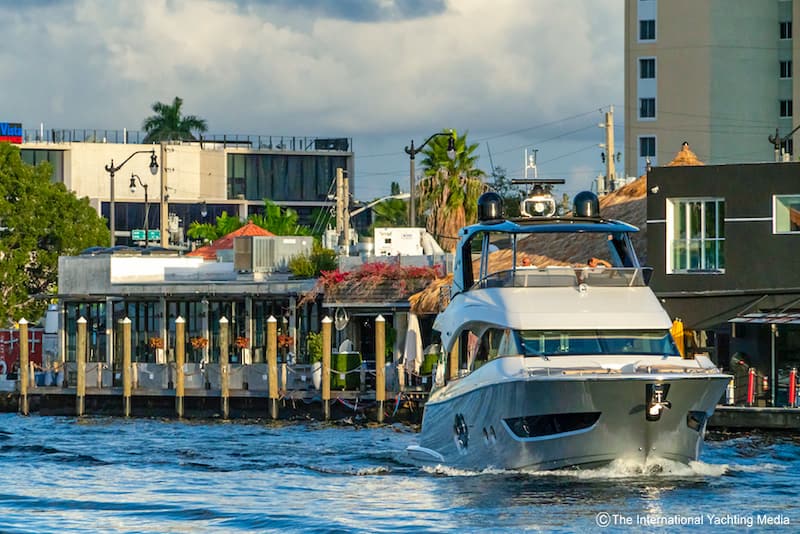 the curtain falls on the Fort Lauderdale Boat Show, we climb on board the MCY 66 and, after handling with a fast tropical storm, we let go the mooring, we leave the perimeter of the boat show and proceed first along the “New River”, then along the “Stranahan River”.

For those who have not had the opportunity to visit this place, these are the two main rivers of Fort Lauderdale, the ones with the most important commercial and recreational traffic.

Here, a bit like in Venice, boats are used much more than usual and stabilizers are an accessory that is taken very seriously. The swell of both the channels and the ocean, indeed, puts a considerable strain on the comfort of the yachtsmen who use their own boats here both for necessity and for leisure.

But, after pressing the ON button on our MC2 Quick Gyro X25, we navigate like we are in a lake. The curious thing to note is the phenomenon of the waves that, in spite of the laws of physics, stop rolling the yacht and, instead, begin to break on our bulwarks, as if we were a fixed structure.

Accustomed as we are to testing boats equipped with stabilizers and, unfortunately, having to disengage them during our maneuvers or the tightest turns, we note with surprise that, with the MC2 Quick Gyro X25, this “turn on and off” is not absolutely necessary.

The fact of having a vertical mass pivoting on a horizontal axis, unlike the system used by other manufacturers (for example by Seakeepers), makes it possible to evolve our boat without it being “retained” by the stabilizer, which is an advantage not to be underestimated. 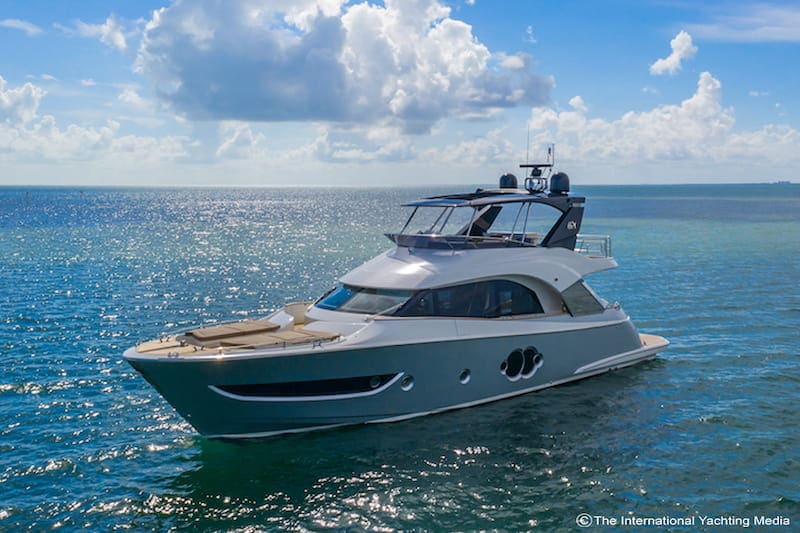 As we get the ocean, we head south to Miami. The MCY 66, dealing with ocean waves, behaves very well even if the wave motion, due to the effect of Murphy’s law, clearly arrives on the beam. The stabilizer does its job admirably and softens, without uncertainties, the slow oscillation that, with the machine off, can be perceived when sailing in planing.

Once in Miami, we dock at Key Biscayne, near the famous Nixon Beach sand bar. Here, he traffic of boats that come to enjoy the famous clear sand bar is remarkable but we, with the MC2 Quick Gyro X25 on, do not suffer at all.

As we press the OFF button, instead, we immediately see the difference. The boats that tow their wake-boarders, or the large yachts passing by, raise waves which, with the stabilizer disengaged, trigger a natural as well as annoying roll.

But this test is not enough for us. We want to put our MC2 Quick Gyro X25 through the mill, so we ask another yacht, a large MCY 70, to pass next to us gliding in order to generate a more annoying wave. The captain agrees and passes us at no more than 15 meters, raising a really important wave.

With the stabilizer turned off, we are joined by the first big wave and our MCY 66 rolls immediately, reaching a very accentuated skid angle. Then, we engage the gyroscopic stabilizer and the yacht immobilizes immediately and becomes stable. This time, the action of the MC2 Quick Gyro X25 is clearly perceptible and shows a great stabilization torque.

We try again with other turns (even diagonal ones) but the action of the gyroscopic stabilizer is always prompt and much more than enough to dampen any roll. 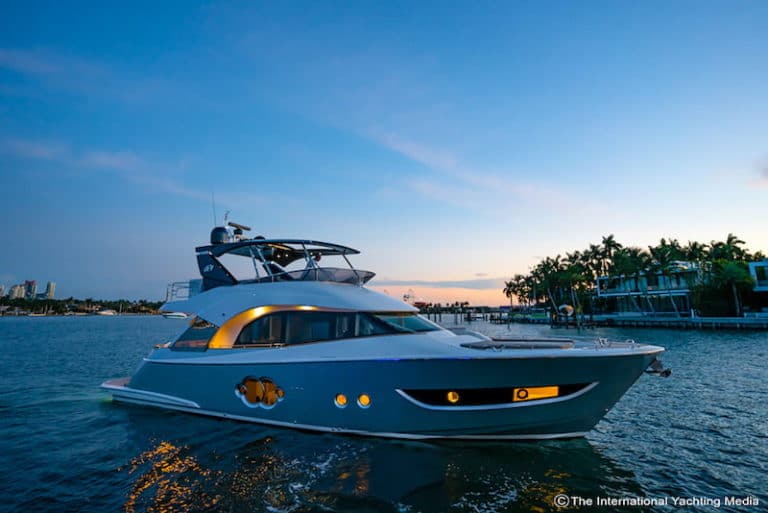 return to the mooring, the wait for the drawbridges of the Miami River is really exhausting and, when we arrive, it is very late and we are tired. Again, I am surprised by how it is possible to maneuver, even in restricted waters, despite having the stabilizer engaged and then, finally, we dock.

Fortunately, the MC2 Quick Gyro are air-cooled, so we can turn them off without having to for the usual 30/40 minutes required by the shutdown procedures of other brands.

We leave only our faithful MC2 Quick Gyro X25 on. It will slow down until it turns itself off while we, tired of a day at sea, can safely go and have dinner.