Single-handed mooring? With MYOR, it’s very easy. Don’t you believe it? Test it for free!

Myor, the video of the mooring system designed for solo sailors

Mooring is one among the most difficult operations 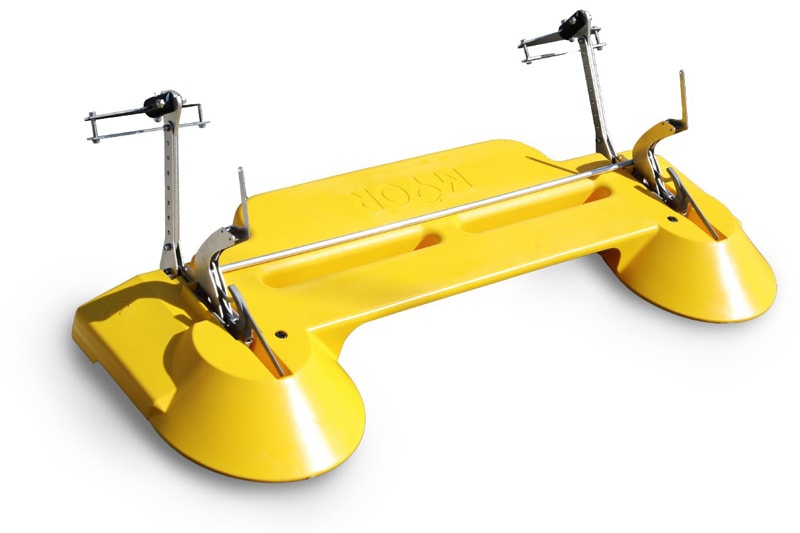 for anyone approaching the yachting world, especially if the boat owner sails with inexperienced crew. The risk of performing a bad maneuver or becoming the protagonist of a collection of funny videos, like that one we’ve proposed to you on our website, is always lurking.

This is why Myor has invented a system to help boaters mooring and unmooring independently. Thanks to the Myor system, you will no longer need any assistance from the crew on the pier, neither for mooring or unmooring operations.

More specifically, MYOR consists of two elements: a float, which is secured to the dock while supporting two metal hooks, and a bow, with which the mooring line connects to the hooks of the float in order to secure the boat to the dock. The bright yellow colour of the device makes it easily visible at sea.

One among the main advantages is the possibility to use the system in any weather condition, even in side wind and stream.

But how does MYOR work? The video below clearly shows how easy it is to perform stern-on fixed mooring, which is the most usual situation.

Myor needs to be installed at the dock through a chain and two shackles. This step should be carried out only once because the float is designed to stay in water. Aft, you have to install the support of the bow, which has the function of holding it while you perform your mooring operations. The application mode of the support depends on the stern of your boat; if it features a boarding platform, you can use a ringbolt and two screws; otherwise, you just need a double-stick tape. None of these operations is irreversible or invasive and the boat doesn’t run the risk of getting damaged.

Before mooring, you only need to install the bow on its support and secure the line to the two aft bollards.

At this point, you only need to sail in reverse to the dock, until the bow rope enters the hooks of the float (automatically, thanks to the boat motion). Once the boat is hooked, it is only necessary to engage the forward gear to strain the bow-float system.

With the forward gear engaged, the boat is secured to the dock. At this point, you can recover the relieving rope of the mooring post and fix it to the bow. The operation is facilitated as MYOR system tends to move the boat away from the jetty, allowing it to fix the rope without any effort. 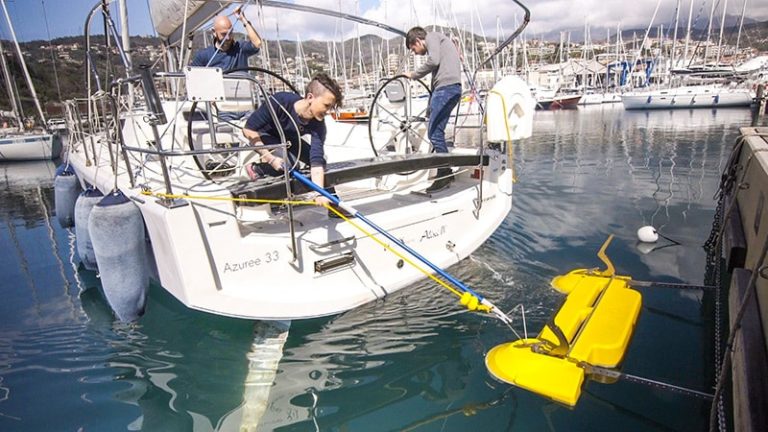 Now, you can disengage the gear and fix the two aft lines. The bow rope can be removed, allowing to unhook the bow from the float and put it in the locker. There, it will be not more bulky than a normal boat hook.

The unmooring procedure is the same as the first but backwards. So, you need to hook the float, engage the forward gear, release lines ashore and release the mooring post. With the help of a boat hook, you can now release the hooks of the float which secure the boat to the dock and set sail.

If the wheelhouse is too far from the stern, you can unhook Myor with a little rope that the helmsman can operate independently.

The unmooring operation doesn’t necessarily require the bow. It can indeed be replaced by two triangles – offered as standard equipment – which fix a float hook to the MYOR line which must be secured to the aft bollard. With this procedure, you only need to strain the releasing rope in order to get out of your berth. 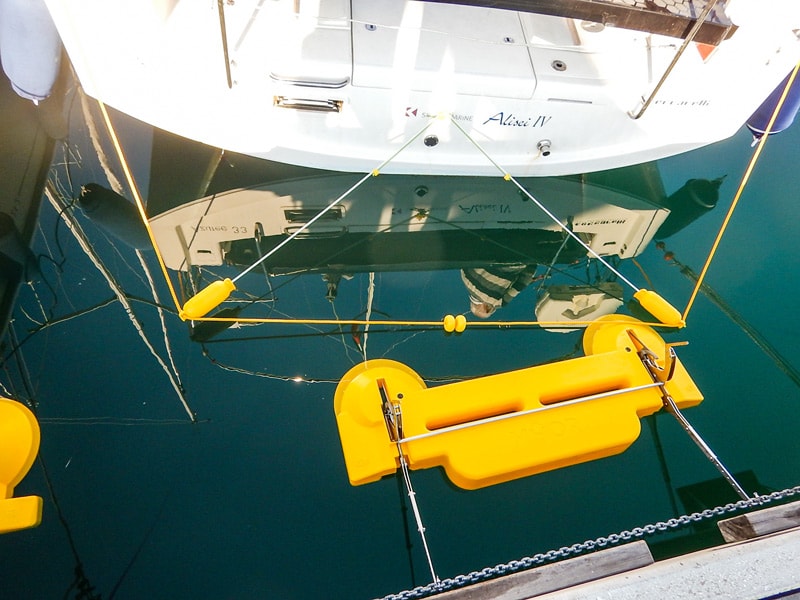 procedure is almost the same even for the other types of mooring. For head-on mooring, for example, you only have to install the bow forward. If, on the contrary, you want to moor to a buoy, there’s a special Myor system which can be secured to the buoy instead of to the dock.

Moreover, MYOR allows you to moor even when there are no mooring attendants available in the marina. It is indeed not unusual for yachtsmen to have to wait a long time, especially during the most crowded periods of the year.

Finally, Myor can be useful for both inexperienced boaters (or yachtsmen sailing with inexperienced crew) and professional skippers. In the first case, the stress, due to the sudden moves on the deck, is significantly reduced. As for skippers, they can benefit from a facilitated mooring that, especially after a long navigation in harsh conditions, is always an invaluable aid.

Myor is so convinced about the efficiency of its system that, in addition to offering the product at a really affordable price, it gives the first ten buyers the possibility to test the system for free. So, don’t waste you time. Book your test through this link.

You know, “seeing is believing”.