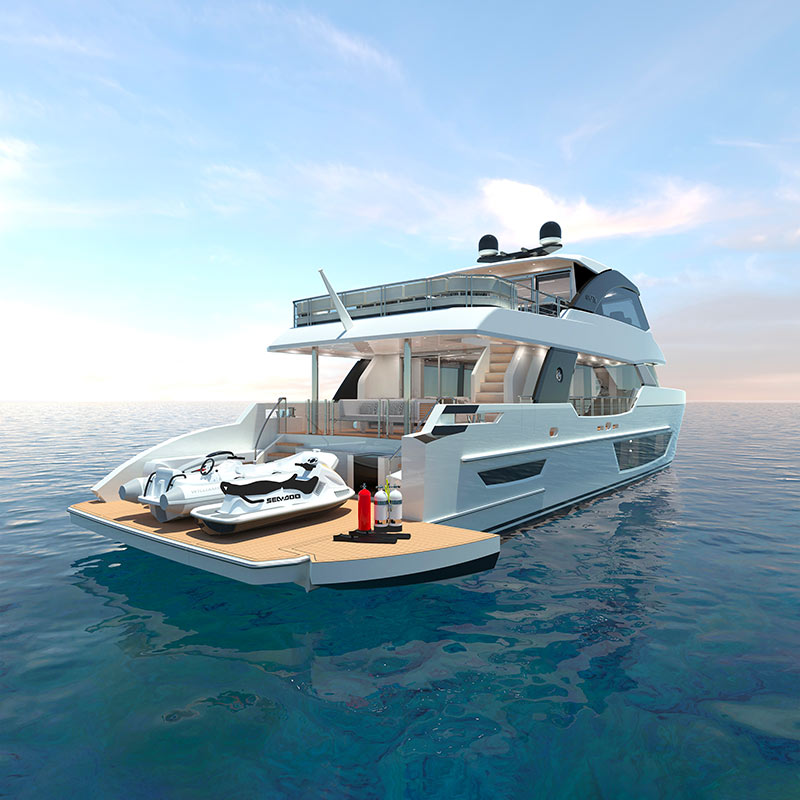 The well-known Taiwanese shipyard, through its American importer Alexander Marine International, is pleased to announce three new additions, intended to leave a mark at the next Fort Lauderdale International Boat Show, which will be held in Florida in late October. They are called 27 Explorer, 32 Legend and 36 Legend and are the three new superyacht models that will debut at the international boat show along with the new Exlorer and Legend lines. The Ocean Alexander brand therefore expands its collection with these three series never seen before. And it’s just the beginning.

The 27E, the first model of the Explorer series, features incredible interior volume (the enclosed flybridge is extremely comfortable) as well as an exterior layout with a wide range of accessories and amenities. The cockpit is truly generous and guarantees the possibility for the owner and his guests to take advantage of a large open-air lounge area.

But the revolution (because it is precisely from the successful Revolution series that Ocean Alexander drew some innovative features to give life to the 27E) does not end here: a large beach area extends aft, equipped with lateral wings and designed to accommodate a tender, a jet ski and many other water sports equipment.

“The vision of exploring the vast waters of this world have been packaged into a manageable and practical yacht” – remarked Dan Mundy from Ocean Alexander, who oversees marketing, sales, and distribution – Our unwavering focus on the end-user has led to tremendous success, not only in our product range but in providing a yacht that meets the needs of our vast client base. The new 27E has unlimited potential to meet the expectations of the most discriminating buyer”. 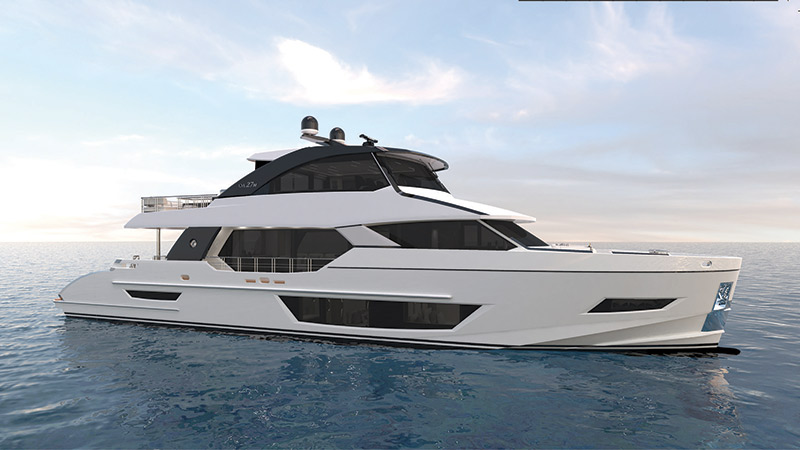 The 32L inaugurates the Legend series and is one of the most important models of Ocean Alexander. Inspired by the OC Alexander 100, the famous motoryacht built in 2014, of which 20 units were sold in 6 years, the 32 L retains the traditional lines and bow shape. The integration of more expansive windows has allowed even more natural light into the spacious and comfortable saloon. The master suite has been enhanced with a more practical space configuration.

” The new 32 L was studied with great intensity as we had the eyes of the yacht world upon us – says Richard Allender, who oversees design and quality of Ocean Alexander products – We have created a yacht that will exceed expectations and reach a broader audience, further strengthening Ocean Alexander as the premier luxury brand in yachting”.

Lastly, the 36L debuts as the new flagship to the Ocean Alexander Legend series. Hull  number 1 is undergoing final commissioning for delivery while hull number 2 will be the formal debut of this new model and offers a five-stateroom layout in a tri-deck design featuring luxurious lounge areas and generous beach club.

” We can only be proud of the results achieved in over four decades of construction – underlines Richard Allender – In this moment we have achieved excellence in craftsmanship, in recruiting the most talented designers and architects and in choosing the best suppliers. We design, innovate, and provide a client experience second to none. And we are sure that these three new series will impress the international audience”.

Next 285 LX: the extra-luxury sundeck by Ranieri International