Among the various user comments, there is one that best summarizes the extraordinary nature of the event : “I can’t believe the boat can still float!”. Actually, it is a miracle that that poor out-of-control sailboat, strongly thrown against the cliff by the wind and waves, is not sunk. A miracle made possible also by the providential intervention of a courageous lifeguard that rescued the sailboat’s owner while the lifeguard boat was towing the boat away from the bank wall. The following is the video posted on YouTube: more than one million and 300 thousand views for a dramatic accident with happy ending.

Out-of-control sailboat against the rocks: the promptness of rescue units

The video clearly shows how difficult 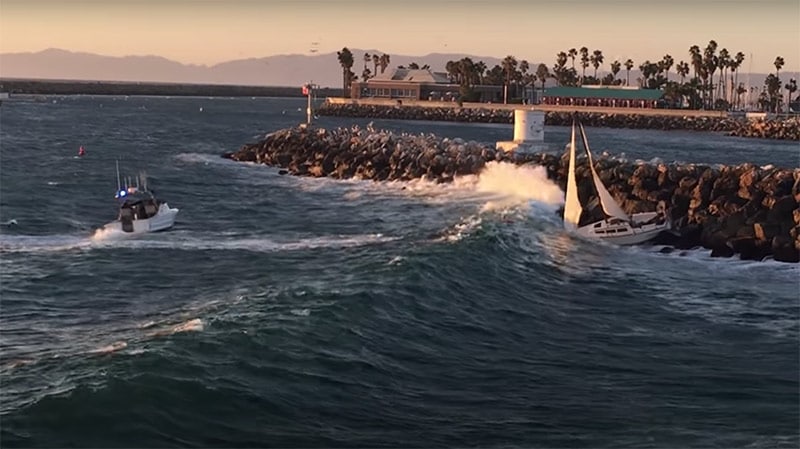 was the task of towing the sailboat, out-of-control and repeatedly slammed against the rocks.

Any possible maneuver was made impossible by the fury of the mistral wind, which did not stop blowing even at dusk, and the merciless strength of waves. Fortunately, however, the owner managed to do the only thing to do: to call the 24/7-operative 9-1-1 single emergency number.

The accident, in fact, occurred in the Redondo Beach Harbour, California, where the American Coast Guard rescue units are always on the alert to promptly respond to the numerous and sudden SOS requests from broken-down boats or vessels in critical conditions like this. Moreover, the ocean is not a joke and there are many accidents occurring along the US coast every day. 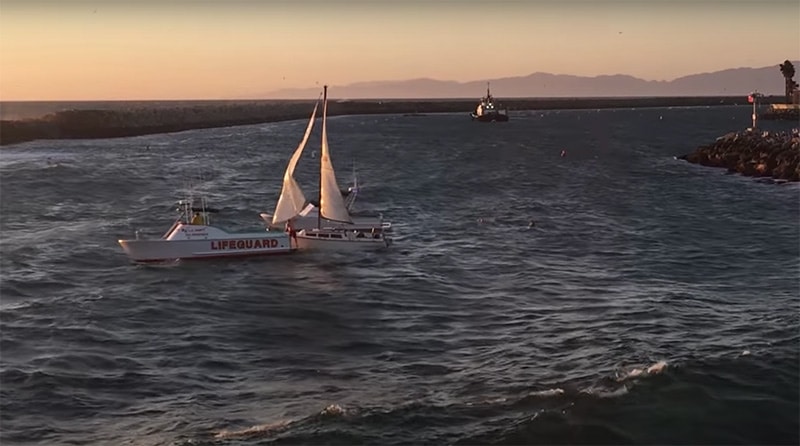 In this case, the rescuer was particularly heroic since he not only jumped into the water, swam to the boat and tied the ropes with great dexterity to make the towing operation possible but also rescued the boat owner, who otherwise would have hit against the rocks, thus avoiding a decidedly fatal epilogue.

The extent of boat damage was not reported. But we supposed that both the hull, the starboard side, the stern and the outboard will need an important refitting intervention.

Anyway, all’s well that ends well. And welcome to videos like this: they can be useful tutorials to avoid situations like this.

Cetera 60, and nothing will ever be the same again