Raymarine continues its futuristic technological race towards an increasingly easier use of boats. After having impressed us with the augmented reality of Clear Cruise Augmented Reality, now it’s the turn of a new revolutionary assisted docking solution DockSense. 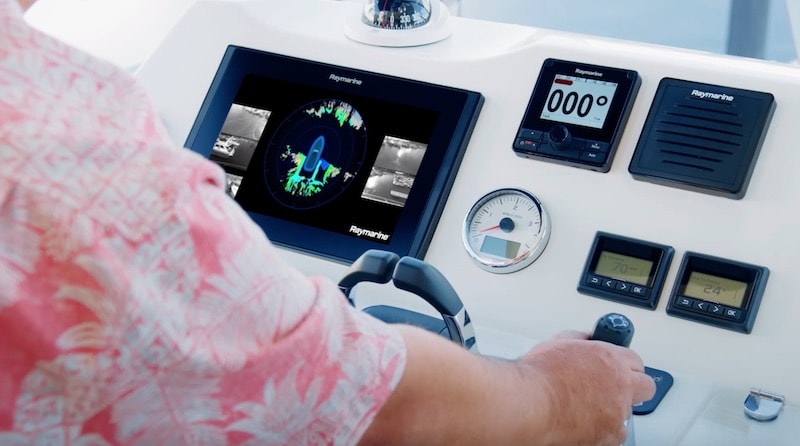 Thanks to DockSense, docking will be easier and less stressful because the system prevents collisions due to faulty maneuvers or captain’s distractions.

DockSense is an intelligent processor that silently controls docking maneuvering, always ready to intervene when necessary. Let’s see together how it works.

The processing module needs to interface with some exterior elements. So, it must be connected to an on-board system of visual cameras, integrated with the Lighthouse software and the Joystick propulsion system of the boat. The user, instead, can interface with the system through the Axiom display.

Thanks to the cameras, DockSense reads the surrounding environment, detects objects and assesses distances. Thanks to the boat’s instruments, instead, it receives and analyzes AHRS data, GPS position and all the elements that might make docking difficult, such as gusts. Processing all these data thanks to its special algorithm, the system makes decisions and directly acts on the propulsion system. 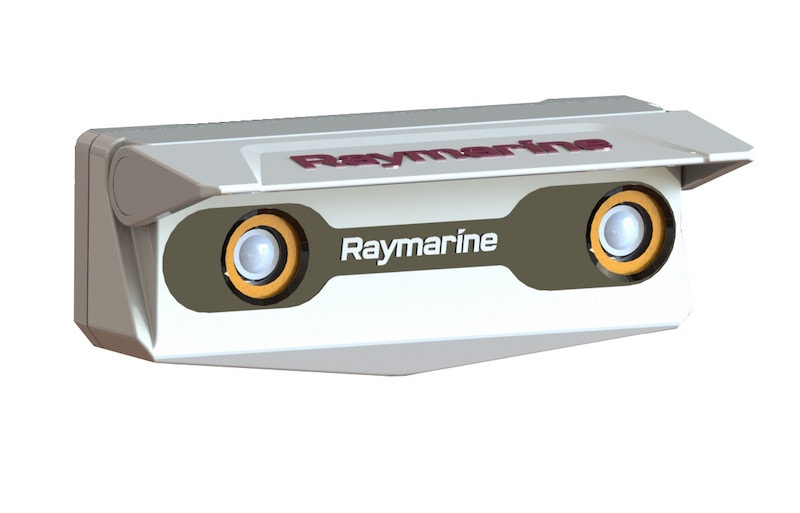 automatic and DockSense doesn’t replace the captain in docking maneuvering but can be compared to a safety grill or an invisible fender surrounding the boat. The system activates automatically and replaces the boat’s captain only when an object enters the safety grill. Acting on the steering wheel and the propulsion system, DockSense will adjust the maneuver in order to prevent collisions. Moreover, the processing module compensates for winds and currents.

The video below clearly shows how DockSense works.

In order to let you better understand the technical aspects of the system, we’ve collected some useful information for you.

DockSense has been already tested by 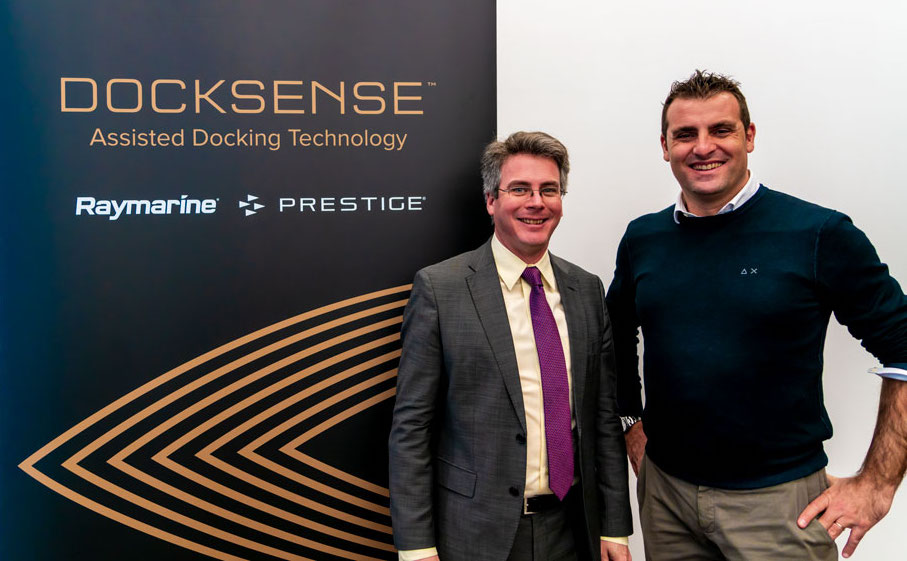 Raymarine in collaboration with Prestige Yachts and will be soon available for all motor-powered boats thanks to the high level of compatibility with the main Joystick steering systems.

Sailboat owners, instead, have to wait a little more because propulsion systems are often not integrated with each other and therefore make the implementation process more difficult.

The system requires an illuminated environment to operate correctly because, otherwise, cameras (that are not thermal) would be blind. According to Raymarine, however, night lights in the ports are, in most cases, enough.

Cameras’ detectors have a range from 1 to 5 meters. The captain can select the distance of the safety area where objects mustn’t enter and is totally free to decide whether or nor to stay close to surrounding dangers. 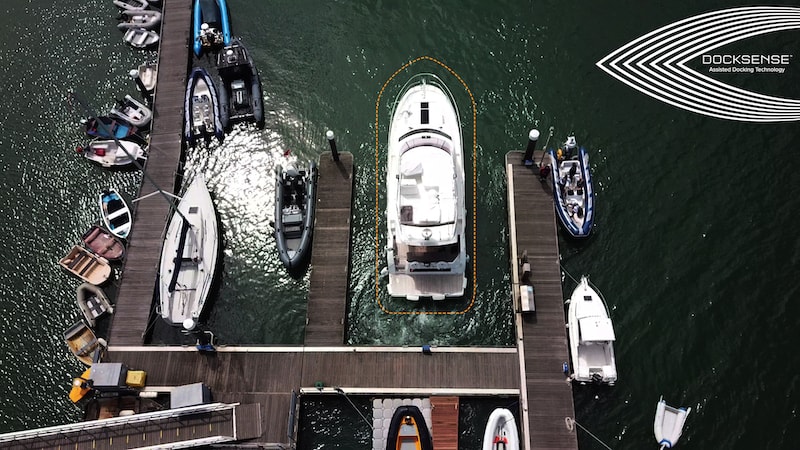 The cameras required for installation are specially designed by Raymarine for this system. The latter requires 5 cameras to cover a 360-degree range. In addition to be “read” by DockSense, pictures are also displayed on on-board screens in order to offer a full perception of what happens around the boat, even from the pilot station.

DockSense can be deactivated at any time with a special button on the display if the captain prefers to have a full manual control of his docking maneuver.

The price of the system has been not unveiled yet. However, we can assume that it will be justified by possible savings on potential damages. It would be even more interesting if insurance companies decided to propose a discount for all those who decide to install DockSense on their boats, since the shared risk will be significantly lower.