Rolex Giraglia 2019 : logbook from the Daydreamer

Our “live” report at Rolex Giraglia 2019

Today we start, at 12:00 am a cannon shot will be fired to mark the beginning of the Rolex Giraglia 2019 and, therefore, of our adventure. We take our place on the starting line not on board a very fast carbon racing boat but, as you may already know, we’ll just fight against the other competitors with a boat that could have already taken part to 33 Giraglia competitions. Exactly the number of its years since our Daydreamer has been sailing since 1986. 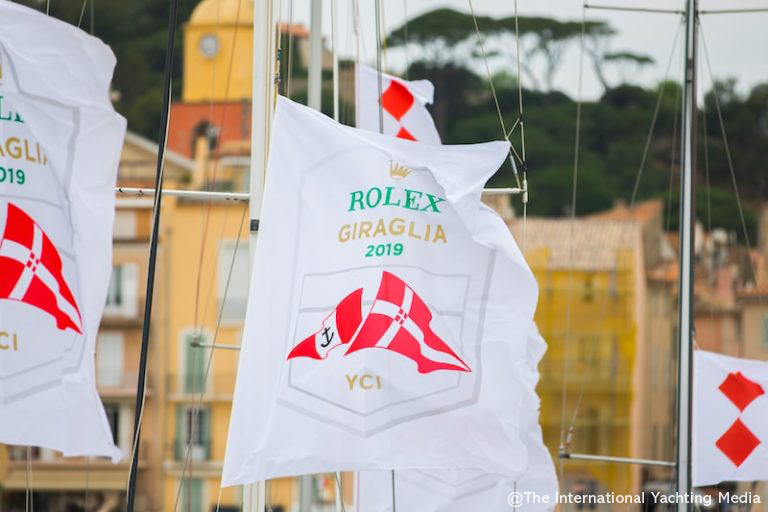 We have rated and fitted her with everything we need to face the competition, including a crew with the right mix of racing and sailing experience and…documentary capacity.

Yes, because, in addition to being sailors we are also journalists and we have been invited to take part to the 2019 Rolex Giraglia (competitive disposition permitting) to report, by living it, a fascinating event. Moreover, the competition will be an excellent test bench for the many marine accessories we have installed on our boat.

All justifications aside ( please take a small percentage of them for good), the following is the report of our adventure, with news and photos that will be added almost in real time over the next few days.

The start is punctual, our fleet, 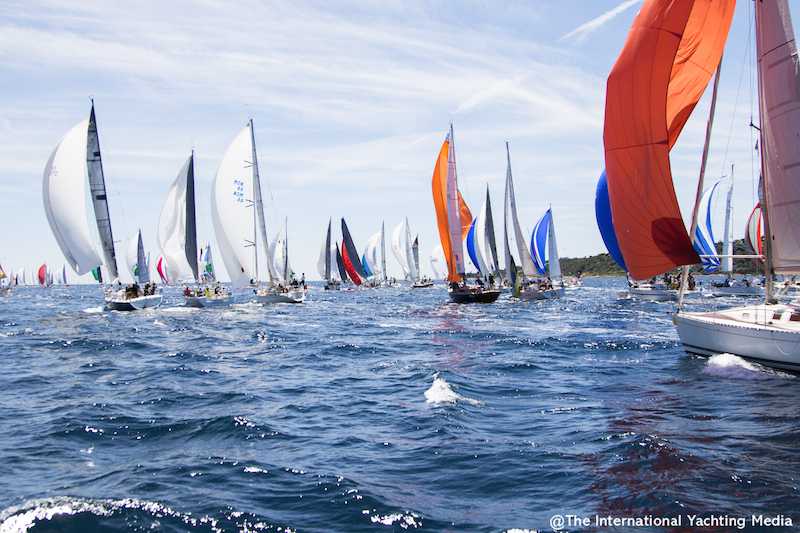 the ORC B, starts first. In the well-sheltered Gulf of Saint Tropez, a breeze blows around 10 knots and the race committee decrees an unusual start: a downwind start with strict prohibition (for safety reasons) to hoist the aft sails before having crossed the line.

We start with our genoa jib that, thanks to its dimensions (very big since it’s a 140% one), helps us to keep a good speed and maintain a good position within our fleet.

We don’t waste time and, after crossing the line, we hoist our gennaker with which we sail to Pointe de la Raboiu and Plage de la Moutte ( the first two beacons to be left on the starboard side before going out the Gulf) . It’s after crossing the latter beacon, on which a mess of boats has formed but that we can bypass sailing downwind, that the mistral gets stronger. 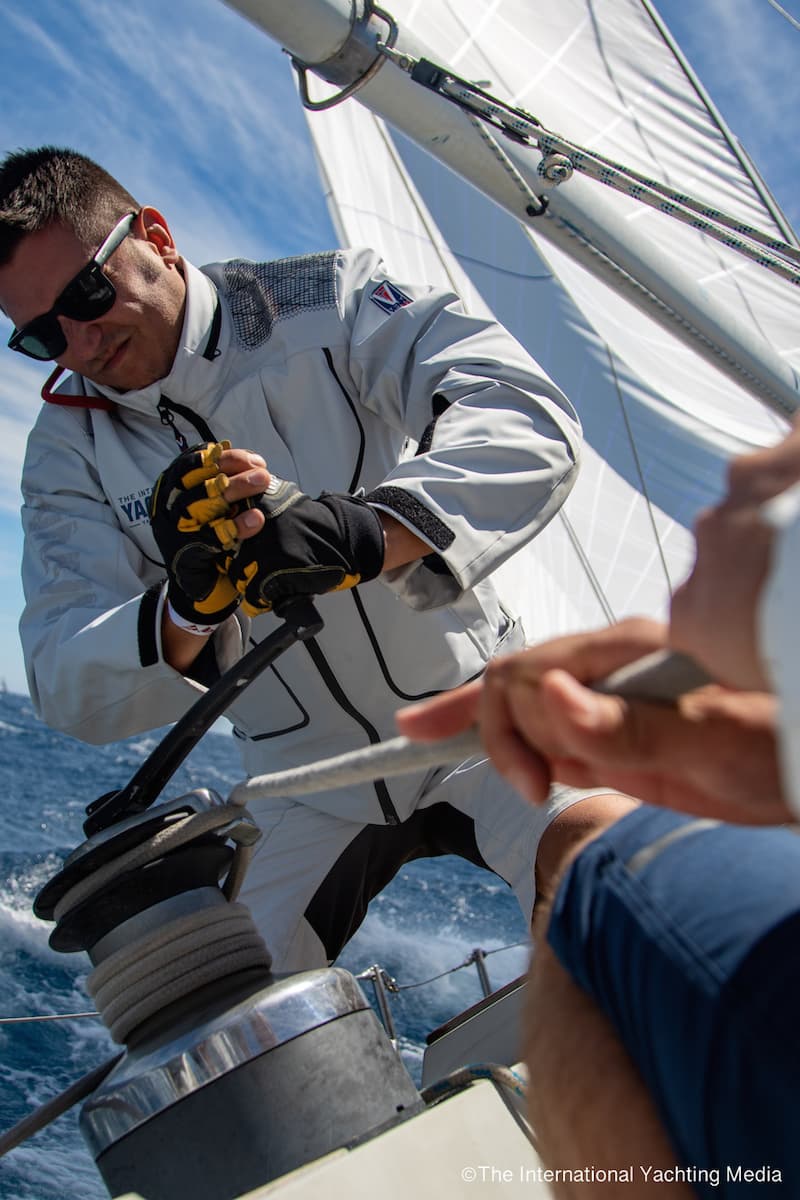 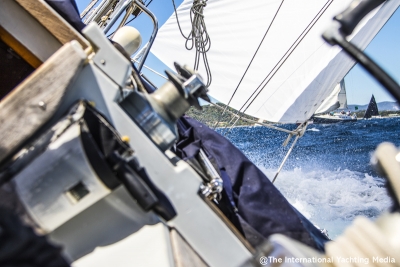 It suddenly comes with all its strength because the shelter offered by the gulf is over. We haul the gennaker down and start to sail close-hauled towards the next buoy that is located some miles away, in the middle of the Gulf of Cavalaire-Sur-Mer while the larger faster boats ahead of us inexorably start to overtake us spectacularly. 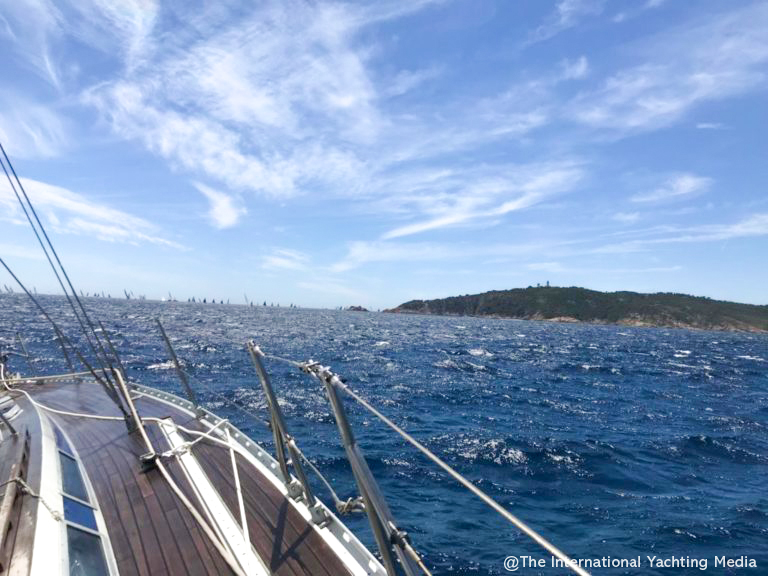 Sailing conditions are certainly not easy. The further we proceed in a westerly direction, the more the wind and the sea get worse and we gradually reduce our mainsail and jib until we find ourselves with just two “napkins”. The hydraulic equipment of our Daydreamer enables us to reduce sails safely. The wind is blowing at around 35 knots and we have to haul the wind as much as possible. Right at this moment, we overtake some faster boats that are slowed down by complicated maneuvers. A succession of withdrawal communications from boats in trouble comes from the radio and there’s even one with a broken mast. Fortunately, nobody got hurt.

Not without difficulty but always safely (thank you, Daydreamer!), we round the buoy of Cavalaire at 15:00 and we head for Giraglia. Other, more modern boats leave us behind, sailing very fast. We are not the last ones. Even though the Daydreamer is maybe the oldest boat of the fleet,  not cut out for sailing close-hauled and is also the only one equipped with a tacking mainsail in the mast, we have left some more performing boats behind. Only a few boats, after the buoy and given the sea conditions, dare to haul aft sails and we decide to proceed with the genoa jib and the mainsail lowered.

After having rounded the buoy of Cavalaire, the strong mistral accompanies us throughout the night in a succession of shifts, maneuvers and rest times. We find the time to reheat the dinner whose menu consists of a healthy previously-cooked roasted chicken. Heading for Giraglia, we surf waves up three meters high, with an average speed of 9 knots and peaks of almost 13. Not bad for our Daydreamer and her displacing hull! 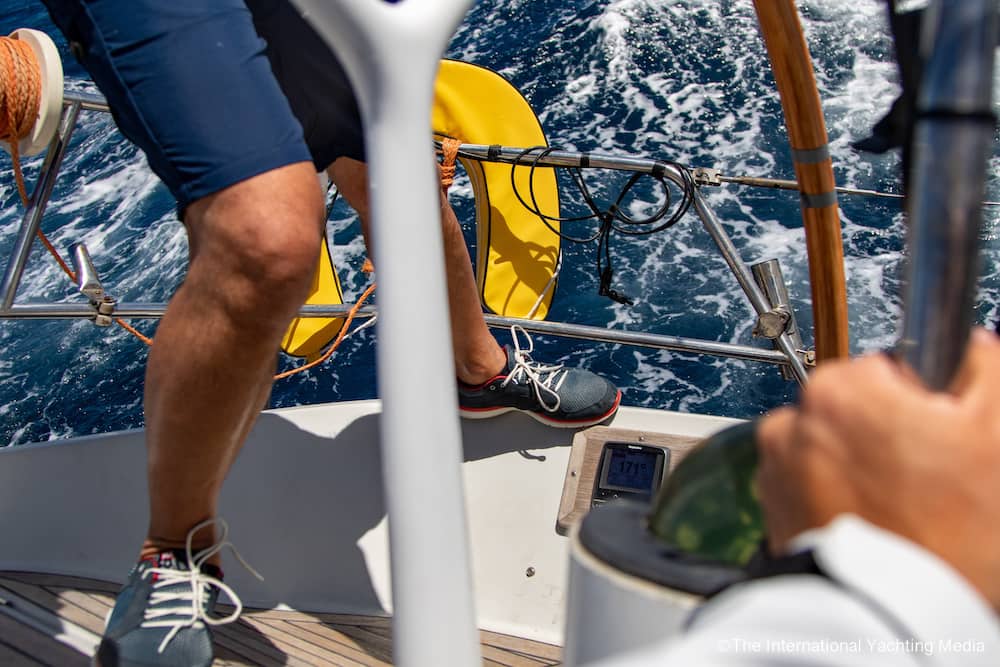 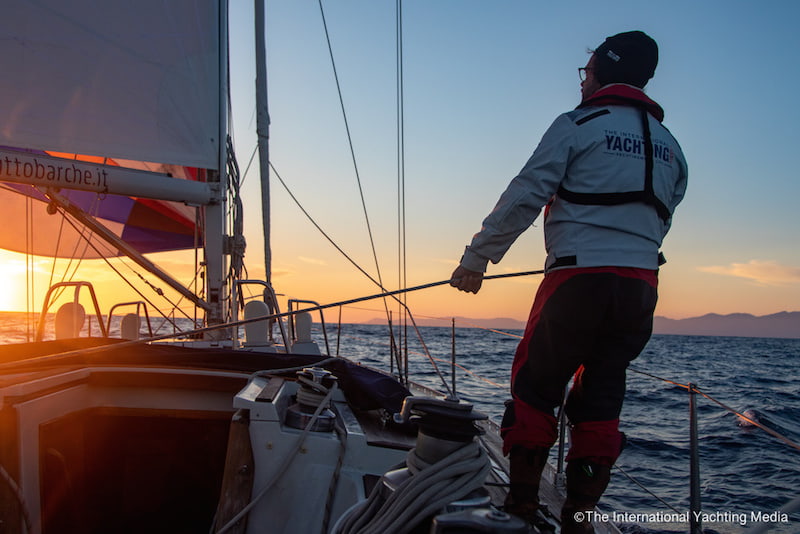 We try to close the gap on the group of boats sailing before us. Late at night, the wind starts to weaken and we try not to luff in order to keep a straight course to Giraglia.

The mistral finally dies down after 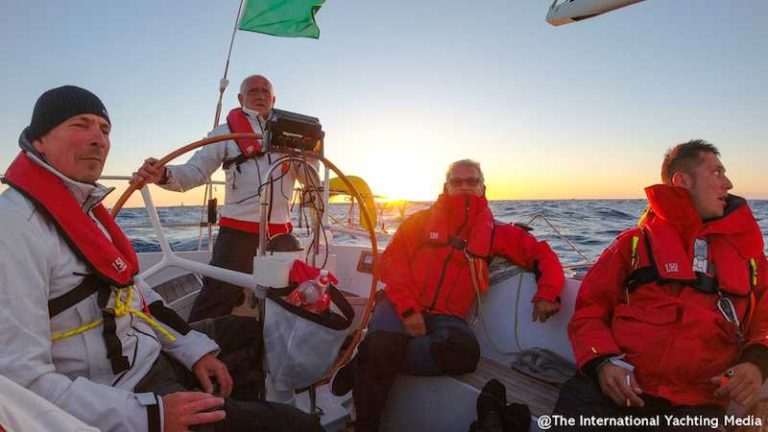 the first light of dawn and the gennaker, which we rigged at the end of the night, gradually deflates, leaving us less than 20 miles to sail before reaching the Giraglia Island.

At this point, the situation has become really hard! The boats behind us, from which we had kept a distance throughout the night, start to reach us with the last wind gusts.  A bummer but a great classic when racing.

With the gennaker, we have followed the little wind left throughout the morning and, with many difficulties, we have finally reached the Giraglia Island by approaching Corsica from the southern side, in the hope of encountering the fresh breezes coming from the ground that, unfortunately, don’t come. Our concentration was extreme all the time and it was an important challenge for our crew.

The last 20 miles that separate us from Giraglia seem to be endless. Every single centimeter we leave behind sounds as a conquest. As we get closer to the finish line, we all become impatient and the emotion on board the Daydreamer is palpable. Finally, just after noon, the islet of Giraglia becomes visible, proud on the water and dominated by the famous white lighthouse. Reaching the Giraglia Island is a crucial moment since it is the turning point of the race. It marks the point of return to the finish line that reassures crews. Only those who have made this experience can really understand what that’s like, especially after a night of strong wind and a morning spent in an air bubble like ours. 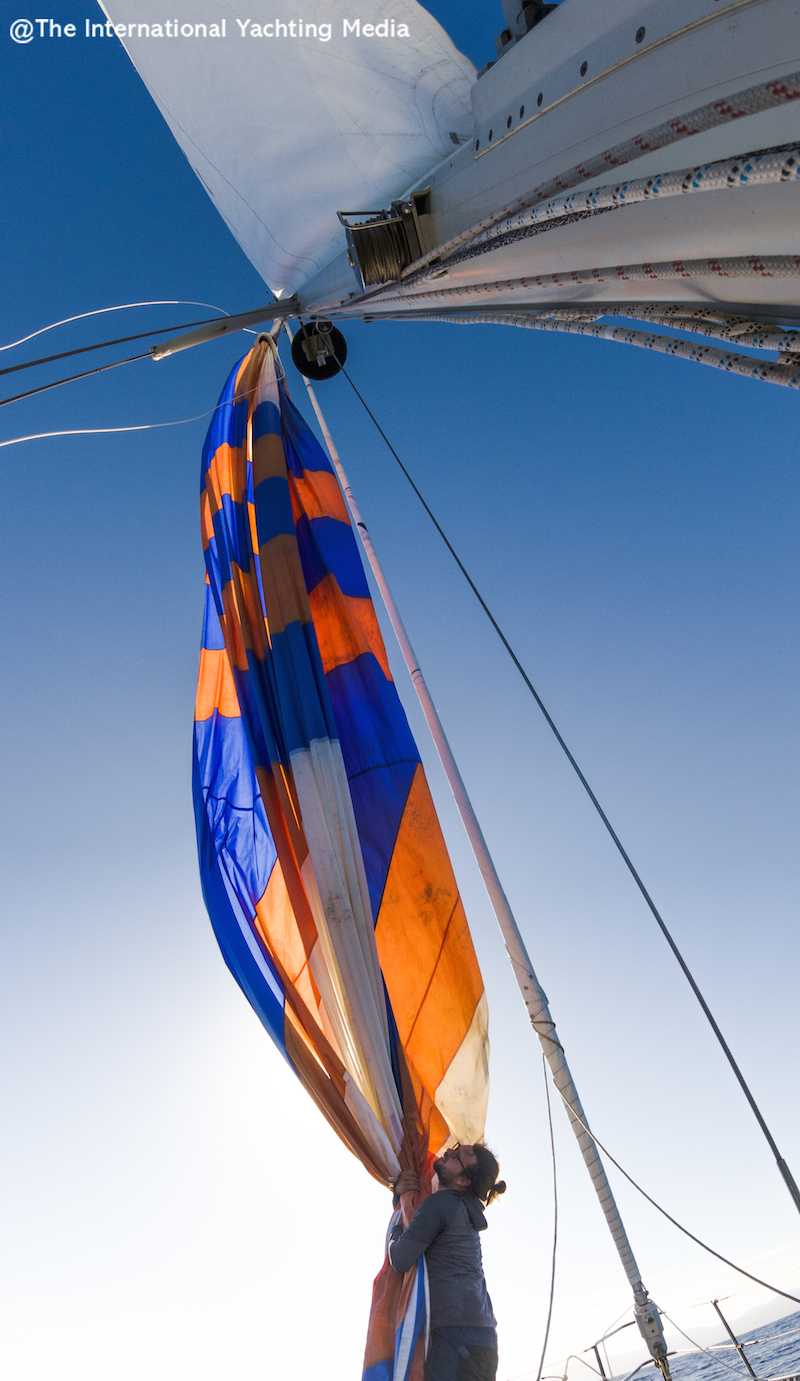 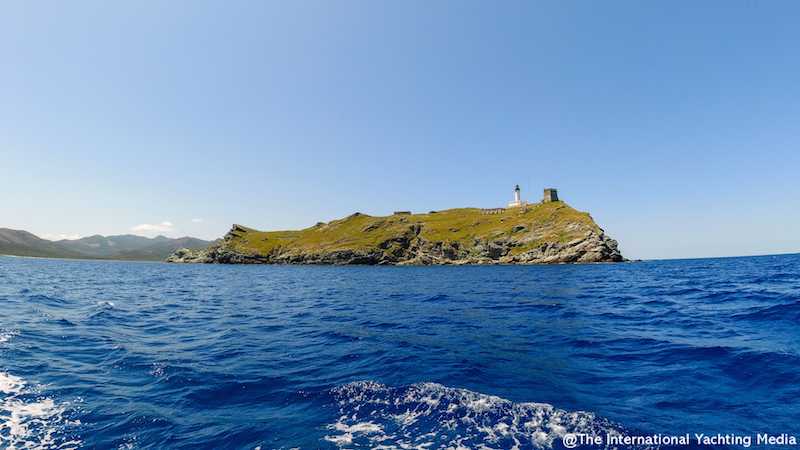 It is then that the strong wind, as if it would award our perseverance, finally weakens and brings on the Daydreamer the unmistakable pungent scent of the island. Feeling Aeolus scratching our cheeks and perceiving the renovate noise of the waves on the hull renews the concentration and the determination of all of us. So, we pass the historic island which the race is named after, sailing close-hauled in the channel that separates it from Corsica.

During this passage, only a call via VHF to the committee, to signal our presence, interrupts the silence. Moments passed with bated breath, between dream and reality for indelible memories. Memories that remain imprinted in the memory of every competitor at his “first Giraglia” or that enrich the night dreams of those who, like me, are veterans. 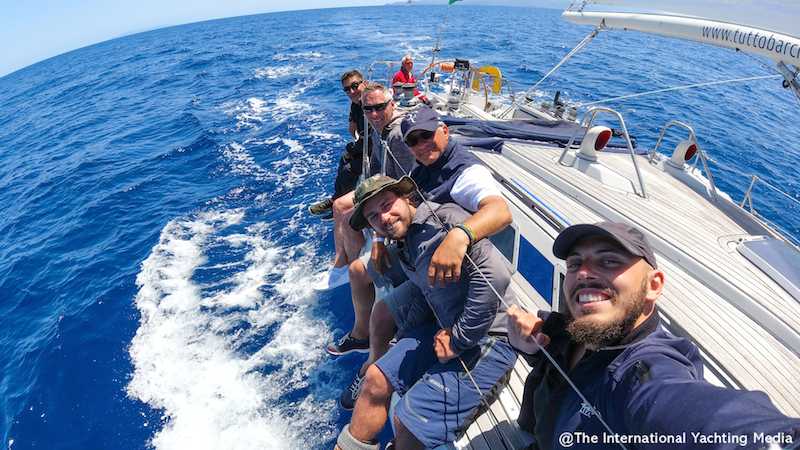 The awakening of Aeolus gave us 15 knots from the east. This wind, according to forecasts, would have got stronger in the afternoon and even more during the sunset. Our idea, conditions permitting, is therefore to ride it to Montecarlo, for a last stage of the race (97 miles) to travel at high speed.

As we had hypothesized, many boats have overtaken us and many others have already reached the destination. Rambler 88, the fastest maxi yacht of the fleet, has cut the finish line at 04.01 last night, reaching almost the record held by Eisimi Europa in 2012.

However, we run calmly, aware of our means and very satisfied with our performance. Some boats are still behind us. 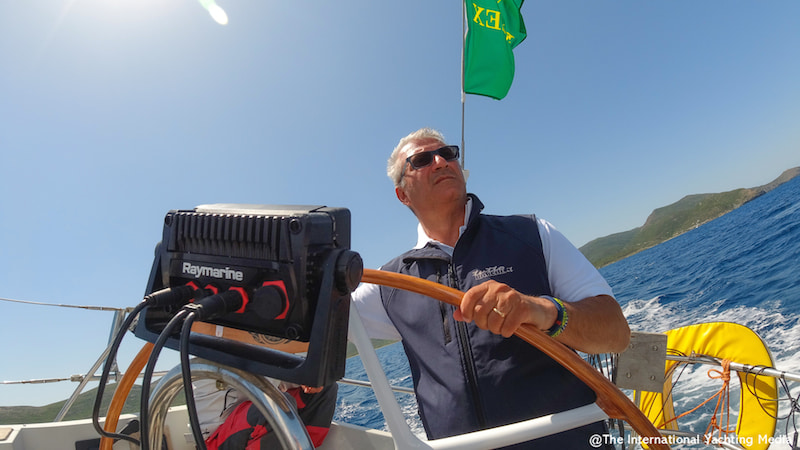 we are forced to realize that the east wind we had hoped for will never come. During the race, like the previous days of transfers, forecasts proved to be inaccurate and sometimes completely wrong. We therefore found ourselves heading towards Monaco with a wind speed of around 10/12 knots at first, and then slowly (but inexorably) down to 6/7 knots almost to the end. We sail all day, with our gennaker not always swollen, due to the annoying residual wave coming from the bow. 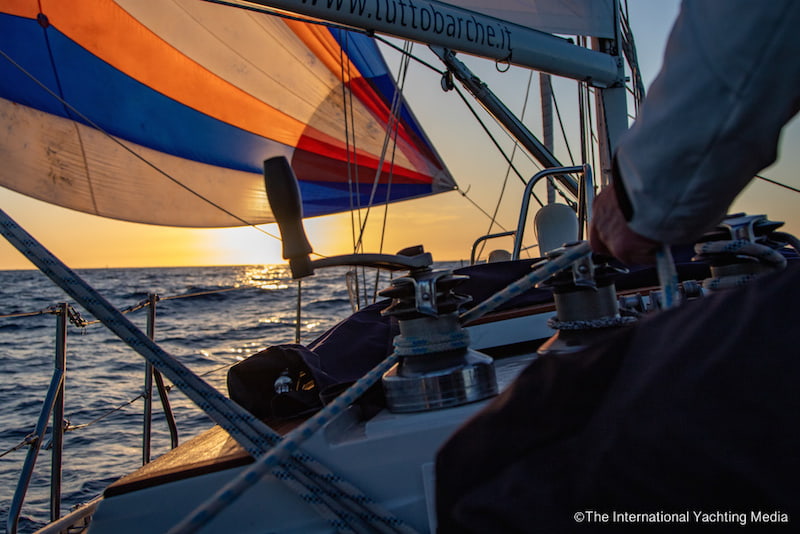 As the sun goes down, the wind finally gets stronger, about 30 miles from Monaco, where we low the gennaker to proceed upwind at 8/9 knots.

Almost like a joke, however, just a few miles from the port of the city of Montecarlo, everything stops again, forcing us to proceed to the finish line with some difficulty. Around us, a dozen of boats have reached us within about half an hour from every direction.

The last 3 miles before the finish line are often the most difficult ones, especially at night. The fatigue due to the miles covered is great and is amplified by the lack of shifts that are always suspended at the mythical command near the finish line: “All hands on deck! We are arriving, let us not pass at the end and try to see where the arrival lights are “. 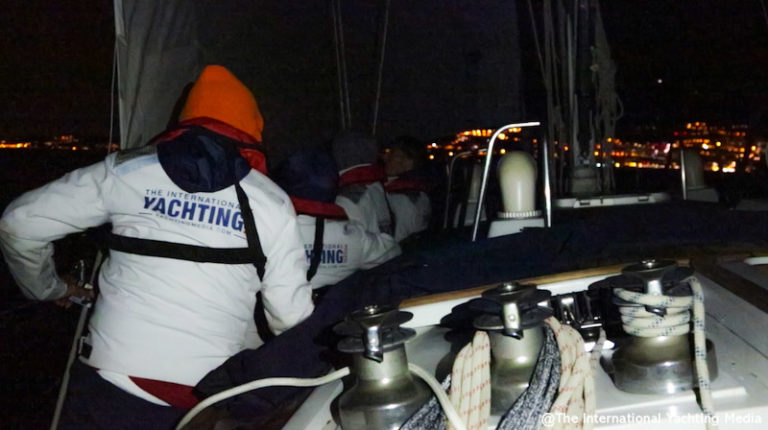 latter is a difficult operation in this case, given the multitude of super-illuminated buildings in the Principality. The coordinates previously entered in the map have proved to be useful, giving us a certain reference for the finish line, which has been sighted just over a mile away.

With difficulty, all downwind to heel the boat, we find ourselves a hundred meters from the finish line paired in another boat. The concentration starts again and the determination is at the highest levels, we seem to be back on the starting line.

It’s a moment: with a quick last minute maneuver we try to overtake it and … we do it! The euphoria and adrenaline of those moments accompany us to the port. 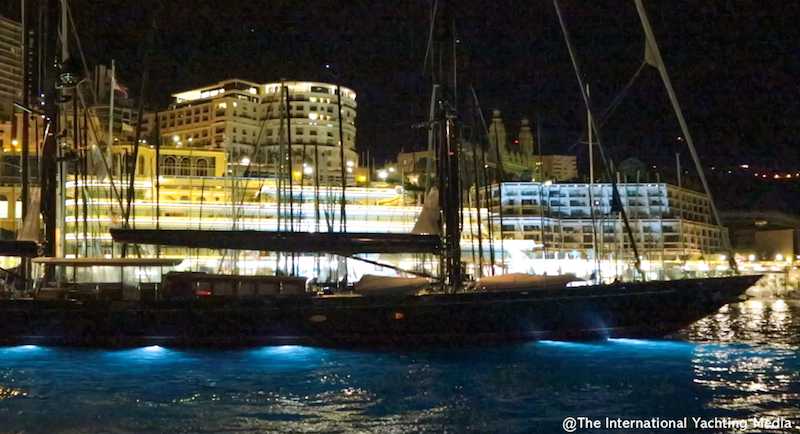 It’s 3.02 when our official arrival is recorded. Our hearts are light and full of joy. We are happy.

Arriving in Monaco is always something fascinating and extremely exciting. The city of luxury is celebrating the event, adorned with lights like during the most magnificent Christmas Eve. The port opens up in front of us, full of life and cheerful voices. Just one look of complicity between us and we decide to have a hot meal followed by a well-deserved toast at the Monaco Yacht Club. It dawns and we are really tired. As our endless day ends, the world wakes up little by little.

Now, it’s time for us to have a rest, tomorrow a new adventure awaits us. We do not need to read the results immediately, we have understood that we are not the first but not even the last ones, not even in real time.

We will read them tomorrow. We are already very satisfied with our performance and even more with our Daydreamer’s one: agée, but still on the crest of the wave!

We conclude the 67th Rolex 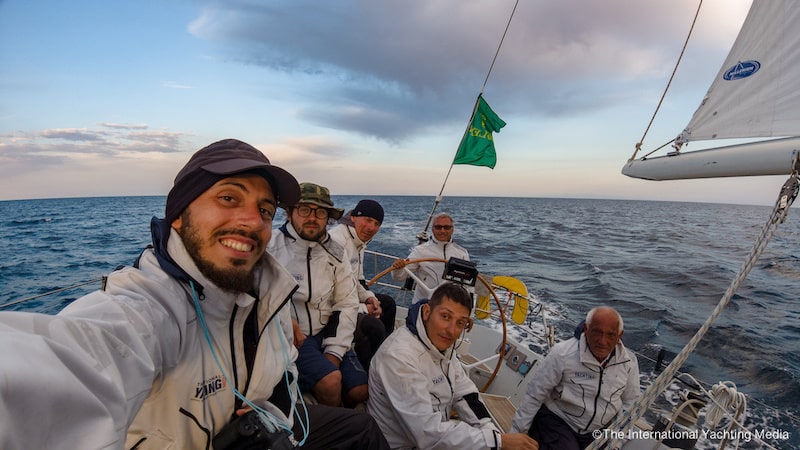 Giraglia with an average speed, on the 241 miles covered, of 6.34 knots which, with the help of the aft wind for a long stretch of race, goes beyond our most optimistic forecasts. The final general ranking of the IRC fleet sees us in the 61st place in a group of 130 participants. An excellent result if we consider that we have left many more performing and planing boats behind.

A few days after the end of the regatta, a sense of satisfaction remains in us. We are satisfied with both the result we obtained on the water and the moments spent in the company of an excellent crew during what can really be defined as the queen of regattas.

VennVind : a 500-mile test for the amazing nautical apparel

Mercury Racing 450R : the market’s most powerful outboard has come