Sailors and motor-boaters: many different ways to say “boat”

I have never tried to make an inventory of all the different categories of yachtsmen and, now that I think about that, I realize that they are a huge multitude of people completely different from each other. From the same roots arise two solid trunks: that of sailors and that one of “motor-boaters”; then, from each of them, arises a multitude of branches that characterize the different ways to interpret navigation or, more simply, seafaring. 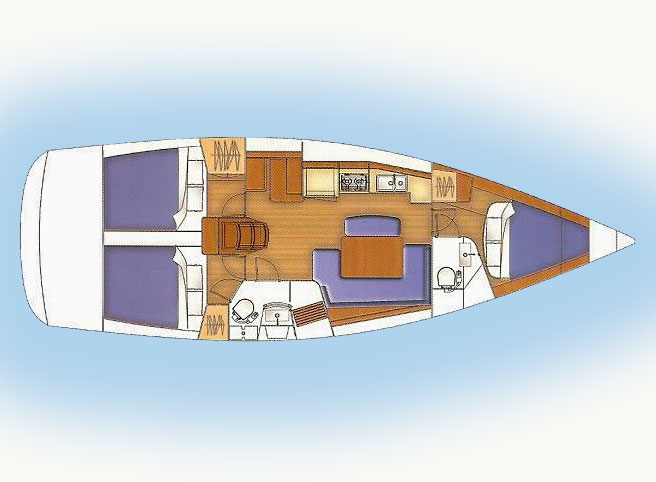 Even the category of those who are fascinated by sailing and therefore might seem more traditionalist includes substantial differences in the way to approach boats.

Of course, the most numerous among them are cruising yachtsmen, that is those who own a sailing yacht and enjoy medium-range cruising, often spending some days or at most some weeks on their boat. The latter features, of course, berths, one bathroom, a small galley and, in the absence of wind, it moves with the help of an engine that, in smaller models, is a simple outboard.

Hull length is usually the element that affects comfort on board and the latter is, in turn, affected by the budget the owner dedicates to this type of investment. 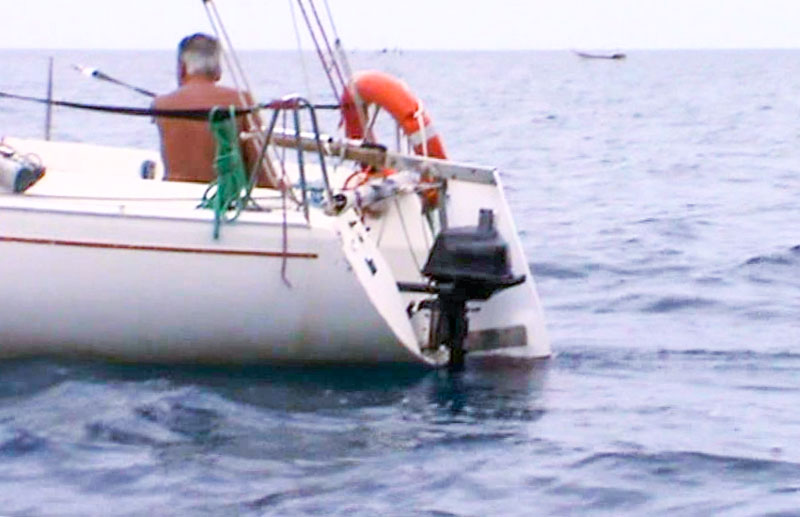 Here come the first differences and, with them, different opinions about what a boat is supposed to be. So, a sailing yacht can be classic or even vintage if you love decorating your boat, from the deck to the interiors of cabins, with refined wood essences. For many others, instead, a boat that is pushed by the wind must be lightweight, sleek and made of sturdy yet light materials that can slide on waves with just a breath of wind and reach speeds that seemed unthinkable only a few years ago.

Completely different are the needs of those who have decided to spend the rest of their life at sea and therefore rely on the sturdiness of the hull and the durability of their equipment. Here, we have to remember the advice of the legendary Moitessier who recommended to choose an iron hull because, he said,  a piece of metal sheet and a blowtorch are easy to find everywhere in the world in case fixing up becomes necessary. 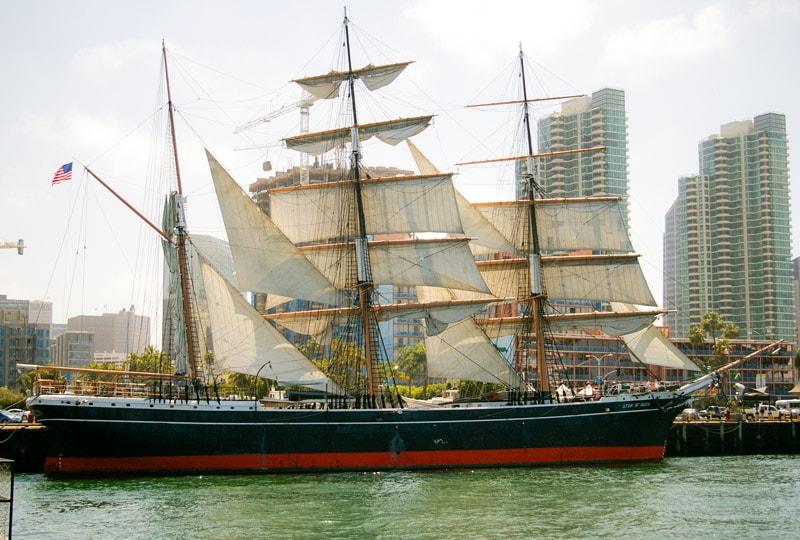 also includes the undecided romantic yachtsman, whose heart has been stolen by sailing, but who would feel safer if his boat is equipped with a powerful engine: this careful boat owner will have certainly chosen what English people call “fifty-fifty” and, therefore, a motorsailer, where largeness of sails usually compensates  engine power.

Ramification is not over yet because, always from the sailors’ trunk, arise the endless branches of ” dinghy sailors”, who, in most of cases, are very young racers; and “trackable” boats enthusiasts, who shorten their course times and, after quick transfers by land, dedicate themselves to careful coastal explorations.

Last by not least are the fearless ocean professionals that, defying natural elements like Formula One drivers, sacrifice to test the technology that ordinary mortal yachtsmen will use to go from Livorno to Portoferraio or from Lignano to Rovigno.

If sailors’ categories seem many, I assure you that those of motor-boaters are at least three times more numerous than them.

The jargon commonly used to group the infinite universe of motorboats confirms the extent of this sector where current terms are all of Anglo-Saxon origin: fisherman, open, cabin, fly bridge, walkaround and so on. 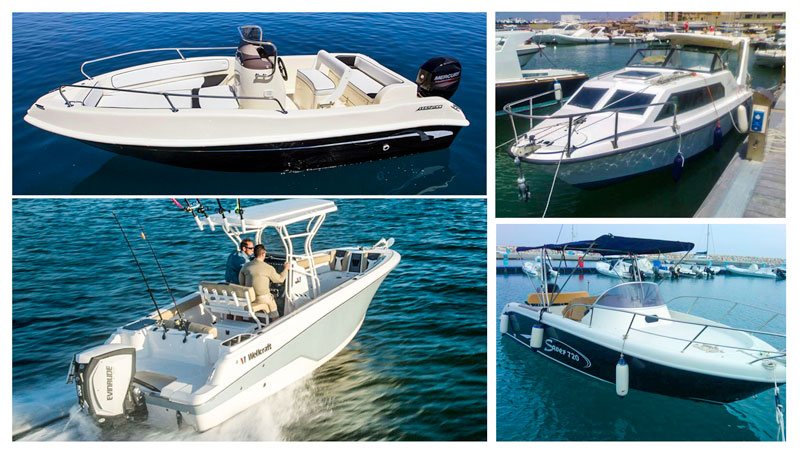 Each of them has its own propulsion variants: outboards, inboards and inboard-outboard engines; in their turn, these give rise to two parties: single- and twin-engined boats, gasoline- or diesel-propelled. 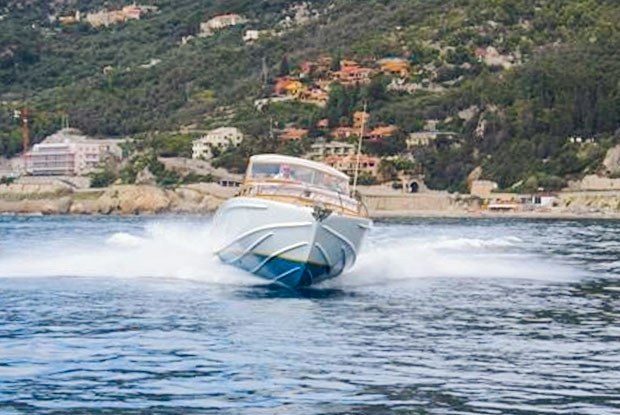 It’s probably my sailing partisanship that prevents me from getting involved in the discussions between fans of “oversized” and “undersized” engines. Only few people know that motorboats manufacturers act the same way as car manufacturers, so, for the same model, they try to offer different versions with different power options. ” With that horsepower”, says the fan of oversized engines, ” you don’t exceed 30 knots” while the fan of undersized engines promptly replies: ” don’t worry, when the sea is flat, I travel at 35 knots!”.

While the two argue, I think, smile and console myself because, if there’s a little wind, I make that difference of speed that has provoked their quarrel, that is 5 knots.

Ancient doubts surface and I call into question the premise: do the two big trunks of yachting really have any “roots” in common? If you reflect on this with me, I think that you will agree that, when the sailor climbs on board, he is happy because he’s already arrived; in the same situation, the motor-boater, instead, must still leave.

I mention Piero Ottone: ” Those who sail under power don’t love the sea because they hurry to land somewhere”. And I take fully responsibility for having created this motto: ” sailing is passion; motorsailing is just ostentation”.

Who’d thought that yachting journalists, too, are not objective!

However, in the company of Piero Ottano, I feel safe.

From this different approach arise many commonplaces, the most popular of which is ” … I’d like to have a sailboat but… I don’t have enough time!”. This is not true, because motor boaters’ Sundays or Saturdays are the same as sailors’ ones. The only difference is that the miles covered by the first are certainly greater than those that the second will (maybe) manage to travel. But, in your opinion, which one of them will relax more?

What to do in case of calm weather. Tips for racing and cruising