Lighting: How to defend ourselves and our boat

How to defend the boat from lighting during a sea storm.

A storm is a democratic phenomenon. 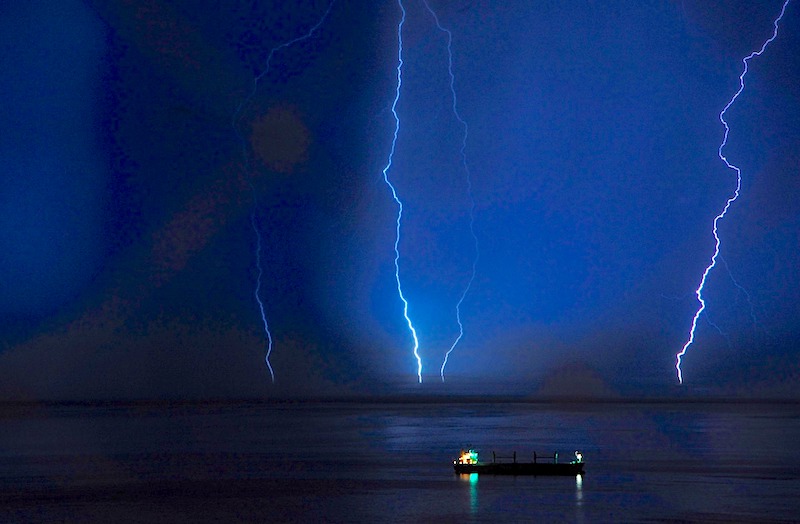 It can hit anywhere and anybody, even the most careful ones, especially in hot summer days, when cumulonimbus clouds form very fast. But a storm can also involve those who love sailing always and don’t give up when a leaden sky stretches to the horizon.

In addition to violent gusts and heavy rain, a storm causes lightning, electric discharges which can reach millions of volts. Furthermore, lightning overheats the surrounding air causing a sort of explosion. The result is a thunder, the only useful thing of this natural show: thanks to a thunder, in fact, we can know the distance between us and the storm.

How to defend the boat from lighting during a sea storm, calculations

The speed of sound is indeed about 340 metres a second. So, when a lighting appears, you only have to count how may seconds it takes until the moment you hear the thunder and, then, make a simple multiplication.

If between lightning and thunder it takes 5 seconds, the storm is about a mile away.

This notion represents a first step to defend ourselves against lightning. If we know the right position of the thunder and we understand how it develops and moves, we can modify our route in order to avoid it. While this is very simple on board a motorboat (thanks to its speed), things can become more difficult, but not impossible, if you’re on board a sailboat.

Another important aspect concerns the way our boat was built. Many boat builders arrange a mass system connected to a big plate, while others don’t do that.

The storm approaches and lightning start to fall dangerously near us. Both mast and stays are excellent conductors, so the first thing to do is to keep a distance from them and alert the crew in order to preserve our safety. Moreover, we mustn’t touch all the other metallic parts, including engine.

If, as probable, it rains and deck is wet, you should avoid walking barefoot. On the contrary, you should have a pair of shoes able to isolate yourself from another potential conductor, that is water.

Considering all these precautions, the operations to defend our boat must be performed before the situation gets dangerous. 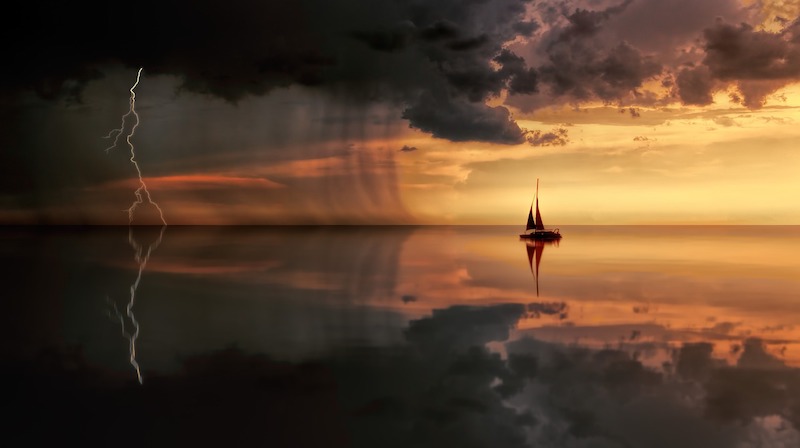 we must connect all the parts that can be hit, such as mast and stays. For example, you can connect some chain parts to mast, stays and forestays and lower them into the sea. But if this is possible in an anchorage post, it can be less practical while sailing. This is why it is important to arrange a mass system on board.

When at anchor, you can also put some chain around the forestay with the anchor into the water.

But attention: in the harbour, you can sometimes feel like you are more protected against lightning. But it is not true and you must adopt the same precautions we have just seen.

Finally, a curiosity. Lightning strikes the most frequently in Kifuga, a small village of Congo, Africa, at the average of 158 lightning strikes per square kilometer in a year.

Voyage to Arimar. How life rafts are built.