Here’s an useful video to understand the real working of lateral foils, a great innovation introduced by racing sailing in the last few  years and subject of dispute after the breakages of IMOCA 60 boats, which used them during the last Transat Jacques Vabre.

Verdier/VPLP Studio, designers of the system, had warned that many tests would be needed before using foils in ocean races but the competition started anyway with many subsequent problems. The first boat which uses Verdier’s system was Safran, the same boat of the video below.

Lateral foils, which look like Salvador Dalì’s mustaches, are made up of a shaft and a reversed point and their working is very intuitive: if the foil is immersed downwind, the boat heeling is small and the reversed point allows the hull to raise, by reducing the friction surface and with a consequent increase in speed.

Foils work together with tilting keel, whose inclination takes some of the hull weight: the force applied in the opposite direction of wind increases with increasing speed and it gradually makes the boat raise on water, with gains of about 2 knots in case of cross wind (the ideal condition for lateral foils).

The video explains another advantage of foils: pitching reduction.

By raising the bow, the impact on water is lower, which is not only convenient to even the hardest sailors, but also a better safety condition.

Lateral foils are not very efficient when wind is light or if we sail upwind and, in the video below, Safran’s staff say that this is the only flaw of the system: after all the troubles at Transat Jacque Vabre, we also know that there are even some problems concerning structure stressing and hull adaptation. 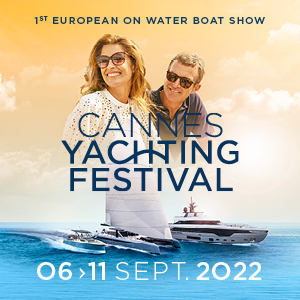 SAILING THROUGH THE STRAIT OF BONIFACIO WHEN MISTRAL BLOWS