Viking Grace driven on the rocks by a wind storm

Can 40-knot gusts drag almost 60 thousand tons at will? Yes, it 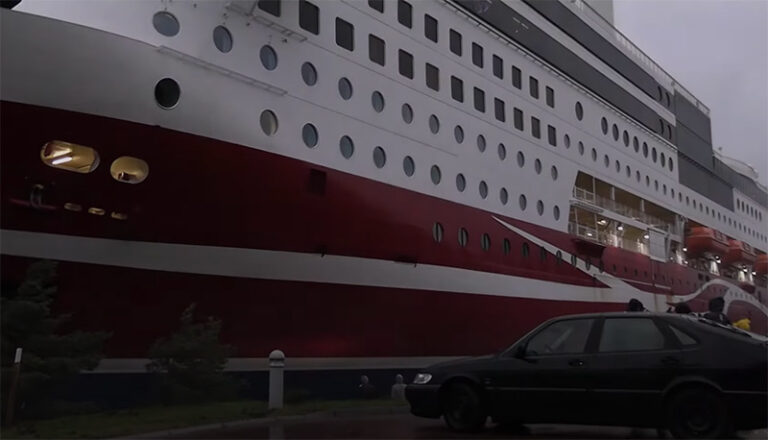 happened in the freezing Finnish waters.

Protagonist of this spectacular accident, fortunately with no deaths or injuries, was the Viking Grace, a ferry belonging to the sailing company Viking Line, famous for being the largest passenger ship of the Baltic Sea as well as the first in the world to use rotor sails, a technology that uses the wind energy while significantly reducing the use of LNG gas, the fuel used by the Finnish ferry during the various routes from Turku, Finland, to the Swedish capital Stockholm.

The route last weekend was, to say the least, daring. The Viking Grace was manoeuvring in a small fjord in the archipelago of the Aland Islands, when suddendly some very violent air currents made the captain lose control of the ship, thus causing an abrupt movement of the ship which inevitably crashed against the rocks, pushed by a very strong mistral wind.

Much fright but no injuries reported on board the Viking Grace 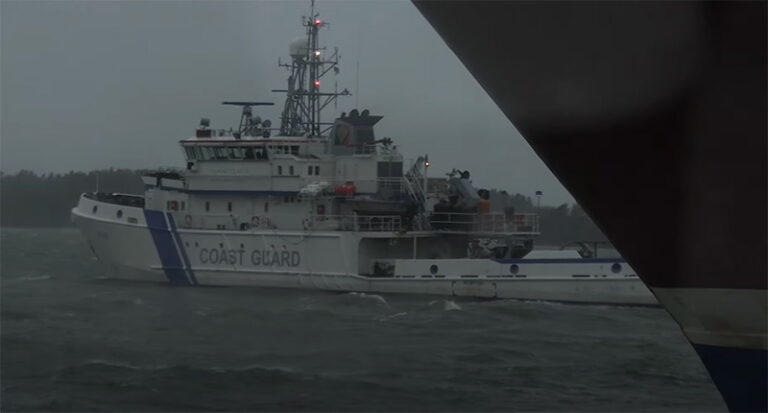 The video, shot live by an on-site witness and uploaded to YouTube, gives a very good idea: the images are very clear and, therefore, allow to understand how strong and insistent the wind was at the time of the accident, so much as to make a floating giant like the well-known Viking Grace absolutely helpless. The video immediately became popular on the Web, registering many views.

At the end of its “run”, after the disastrous impact against the rocks, the ferry progressively lay down on the shallow water along the shore of the fjord, where the Coast Guard intervened promptly. The ship’s “landing” position and bad weather complicated the de-stranding operations, which lasted several hours. Fortunately, the ship was not leaking, as reported by the team of divers rushed to the scene.

On the following day, albeit at very low speed, the Viking Grace resumed sailing to complete her cruiser and get the shipyard to make the nessarry repairs. At the time it was stranded, there were over 300 passengers on board but there were no injuries. In short, no fatality was fortunately reported. We wish that the brave Viking Grace, nicknamed the “Queen of the Baltic Sea” can soon return to sail the North seas. Wind permitting.