And you, how are you fixed for anchors?

The well-thought-out choice of the right anchor

Grumbling had been already rife among the crew members for some days but, that time, it looked like the beginning of a real mutiny. I did not want to end up like Captain Bligh, so I granted the pleas of my crew, which was led by Fabio, and I dropped the anchor north of the islet of Figarola (sic est), not far from Rovigno. For a couple of days, I had been accused of preventing refreshing baths in a really sunny August. 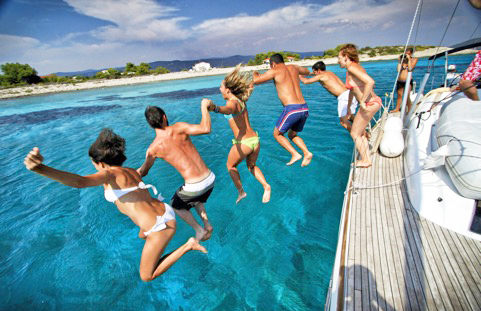 In the belief that the worst danger at sea is land, I have never liked coastal bottoms and unnecessary anchoring maneuvers but, that time, I had no other choice, so I agreed to drop my Bruce in about 10 meters of water, slacking three of four lengths of chain.

However, when we decided to weigh anchor, my anxious prophecies proved to be well founded: the only one fluke of the anchor had got stuck under a huge rock and it wouldn’t come out. I’ll spare you the report of our four hours of hard work, the “noisy” silence of my bathing crew and the clumsiness of an Austrian motorboat owner who had given up after the useless aid. I had already started to calculate the possible damage caused by the loss of my Bruce and of about 50 meters of chain and, at the end, we freed ourselves also thanks to the providential intervention of a patient long-experienced fellow countryman who helped me tripping the anchor, by using a makeshift buoy rope I had created and letting it running along the chain.

Some years ago, Marco Sassu defined the anchor as “a metal tool designed and used to grip on the seabed…and that should have some specific features, including: 1. An easy grip on the sea bottom; 2. A stable grip; 3. An easy arrangement.

The choice of the more appropriate anchor, its shape, it 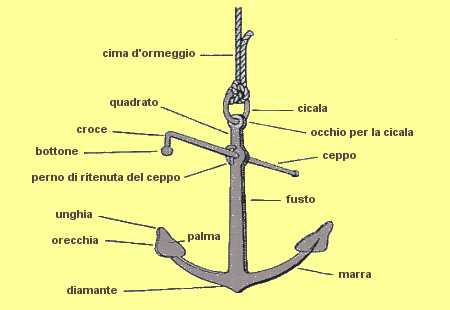 s weight and its link with the chain or the boat cable have produced pages and pages of advice which, however, are never enough when this tool is entrusted with your boat and crew’s safety.

Today, the most frequently-used anchor types are highly sophisticated and, in addition to their weigh, which should be proportionate to boat displacement, they are also distinguished by the type of sea bottoms they are designed for. So, for example, sand, gravel or pebble anchors feature large flukes in order to be more resistant while thin-fluke and sturdy-claw anchors are the best option for hard mug or rocks.

The most classic and most well-known anchor type among boaters is the Admiralty anchor, perfect for any type of sea bottom, but fallen into disuse among yachtsmen because of its encumbrance and the caution required to perform maneuvers.

The Danforth is the forefather 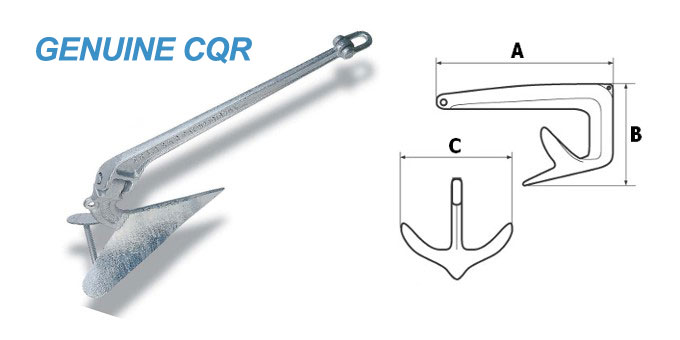 of articulated-fluke anchors. This category includes the C.Q.R., also known as ploughshare or plough anchor. Invented by G.I. Taylor in 1933 and named after a phonetic abbreviation or false acronym of the English adjective “secure”, it is considered as the most widely used anchor in the world, specially designed for seaplanes.

Invented in 1972 by Peter Bruce, the Bruce anchor was originally designed to offer an efficient anchorage device for oil platforms. More compact than a C.Q.R. or a Danforch anchor, it is widely used among boaters and appreciated for its excellent grip on both sandy and muddy sea bottoms.

Thanks to its excellent grip and considerable weight, the Hall anchor

is  generally used to anchor big ships or big vintage yachts. Smaller and lighter, the umbrella anchor – I don’t mind calling it by its technical name, grapnel – is an excellent option for RIBs and tenders because it can be closed and stowed quite easily.

Of course, there are many other types of anchor, such as Delta, Fortress, Foblight, Salle,  Britany anchors and so on but I would like to say a few words about the connections between the anchor and the boat, technically knows as mooring lines.

Boat owners are often torn between chain and textile cable. The 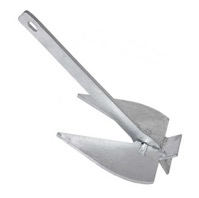 latter is certainly easier to stow, less expensive and less influential on the racing ambitions of skippers.

However, if you care about your boat and crew’s safety, there’s only one rational choice: a chain, which should be at least 5 times longer than the overall length of your yachts. In addition, thickness of flukes, in millimeters, should be nearly equivalent to your boat’s meters.

Of course, this applies only to bower or main anchors while 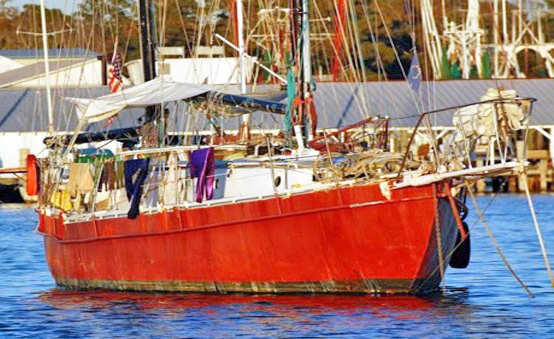 the others can share a portion of chain followed by a good textile cable.

Some experts think that it’s good to have three or four complete mooring lines on board and, in support of their theses, they mention the legendary Moitessier who, on board his Joshua, carried an equipment consisting of 6 anchors, 170 meters of chain between 10 and 12.5 mm and even 410 meters of nylon cable between 12 and 22 mm.

And you? How are you fixed for anchors?

From Palma to Barcelona on board a Privilege 6 . A 130-mile-long sea trial