Sixty years of history are many for a company, especially for a shipyard. Only a few boat manufactures, in fact, have a long history like that of Dellapasqua DC.

The success of this company is not measured solely by the flow of time but also by the numbers of boats sold: 1,300, most of which are still in water today. The current range of Dellapasqua DC includes 17 models from 7 to 18 meters in length. 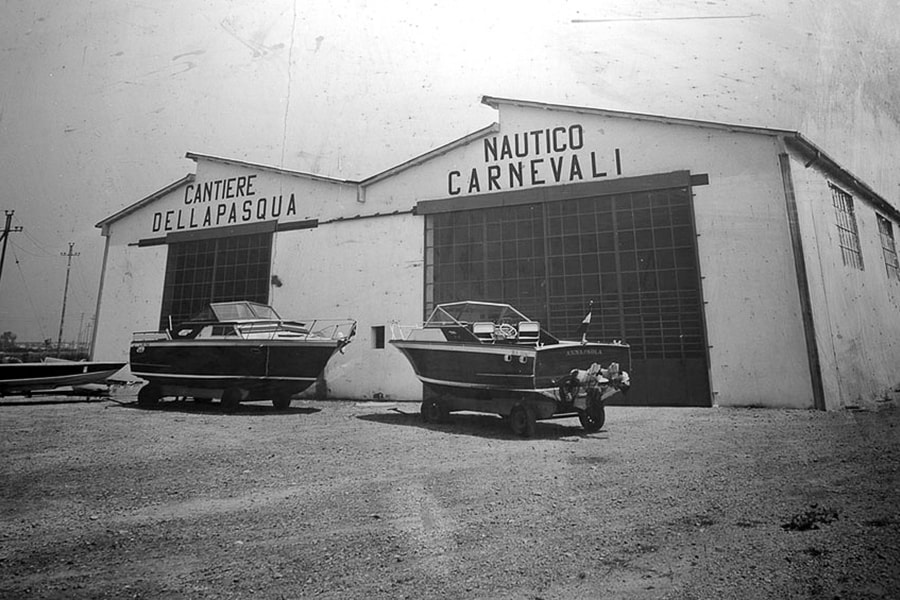 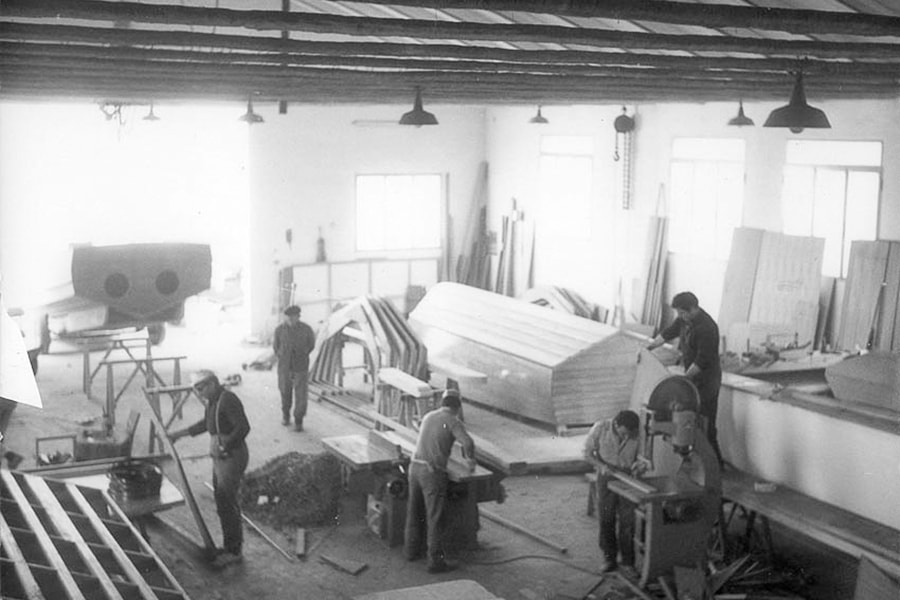 This year, the Genoa International Boat Show was a very special occasion for the historic Italian shipyard. While the Ligurian event celebrated its 59th edition, the shipyard of Ravenna celebrated its 60th anniversary with the launch of the new entry in the DC line, the DC Seven Sport. 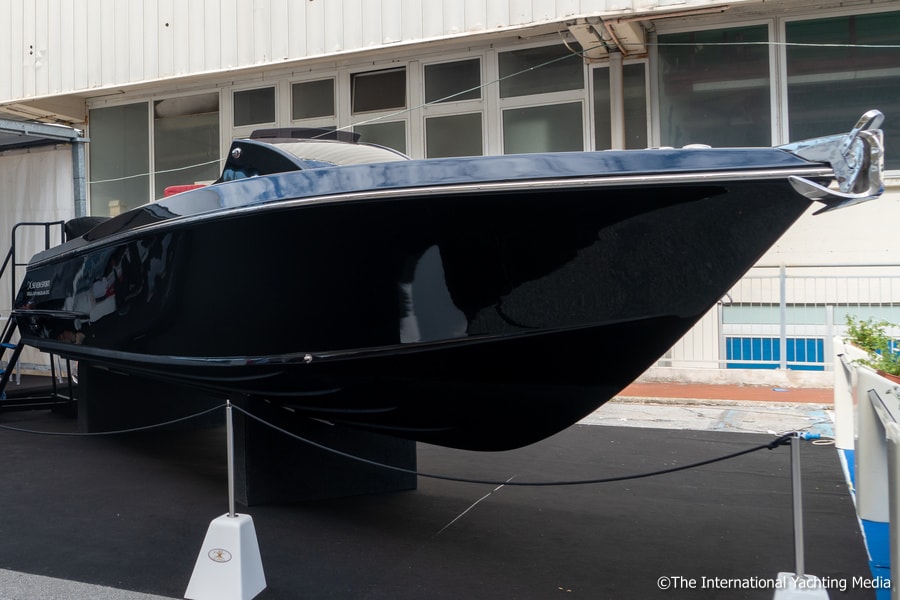 A walk-around deck for an aggressive hull. That’s the first impression the new DC  Seven Sport conveys. Surely, the livery of the model exhibited in Genoa, with a black hull and marine leather red cushions, contributes to this impression giving a touch of dynamism to the model.

But it’s not just a matter of appearance. This motorboats has much more to offer.

The hull is the same than the racing model that has won several offshore championships in Italy and Europe. The only difference lies in a 70-centimeter extension of the astern platform that allows the installation of a bracket on which the outboards can be placed. 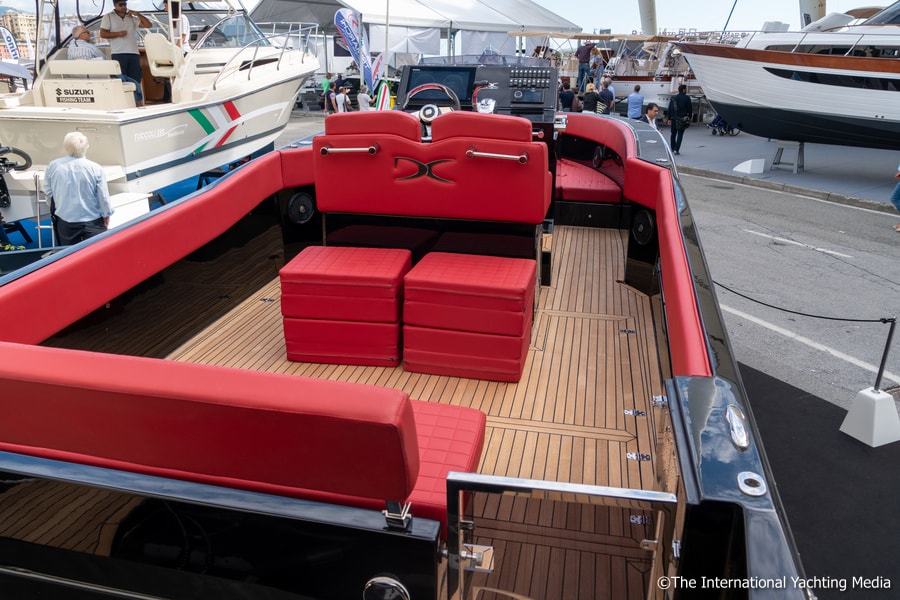 exhibited in Genoa was fitted with a single 300HP engine which is supposed to deliver a top speed of 50 knots. The shipyard also makes available a more powerful version with twin outboards for a total power of 600HP. The top speed in this case will be certainly very exciting.

Even a version with inboard/outboard engines is available. In this case, the deck will undergo two changes. The stern platform will be inevitably longer and more spacious while the stern seating will turn into a sun pad under which the inboard engine will be accommodated. 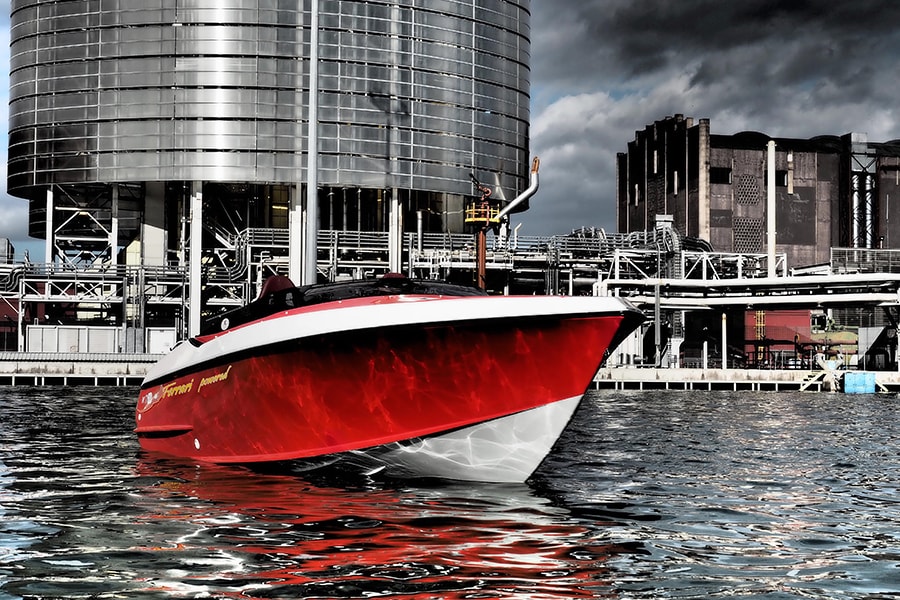 Considering the racing soul of this model, Dellapasqua DC has decided to offer something that will be particularly appreciated by all those wishing to feel on board a true super car. The shipyard, in fact, offers the possibility to customize the DC Seven Sport with a marine Ferrari inboard engine, following a formula that has already been used on a previous model and which suggests the freedom of customization offered by Dellapasqua DC.

In addition to the engine options and the materials, the product customization even concerns the deck layout. The bow section, for example, can be raised and equipped with a bridge in order to obtain a cabin with a bed and a bathroom.

This layout is different 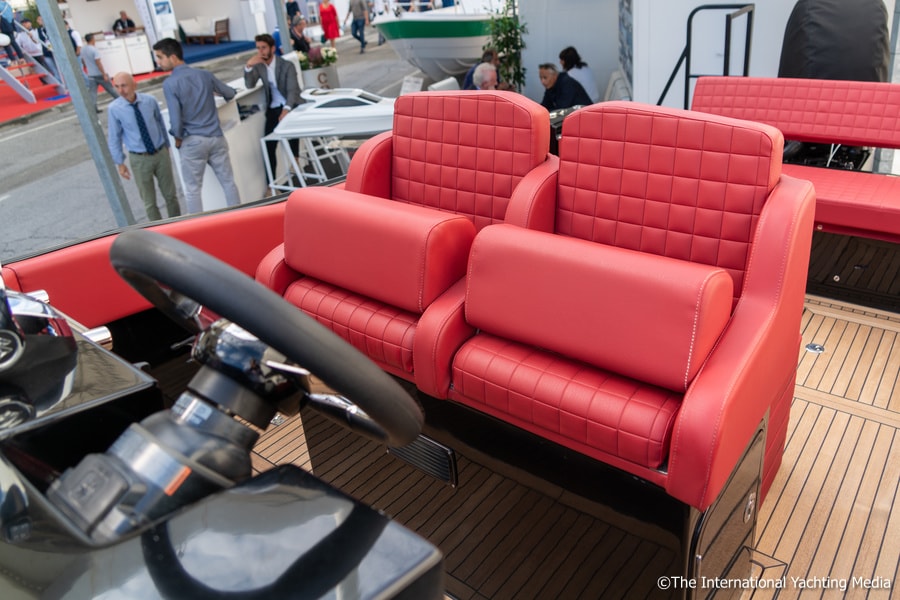 from the walk-around version we visited at the boat show, which had an electric table in the bow which allowed to convert the space alternatively into a sun pad or a dining area while a covered storage compartment was available under the steering console.

The owner can even choose to install a fixed hard top above the helm station or a bimini with four removable support poles to better protect the guests from the sun.

This high level of customization is made possible by the in-house engineering and production processes of the shipyard. 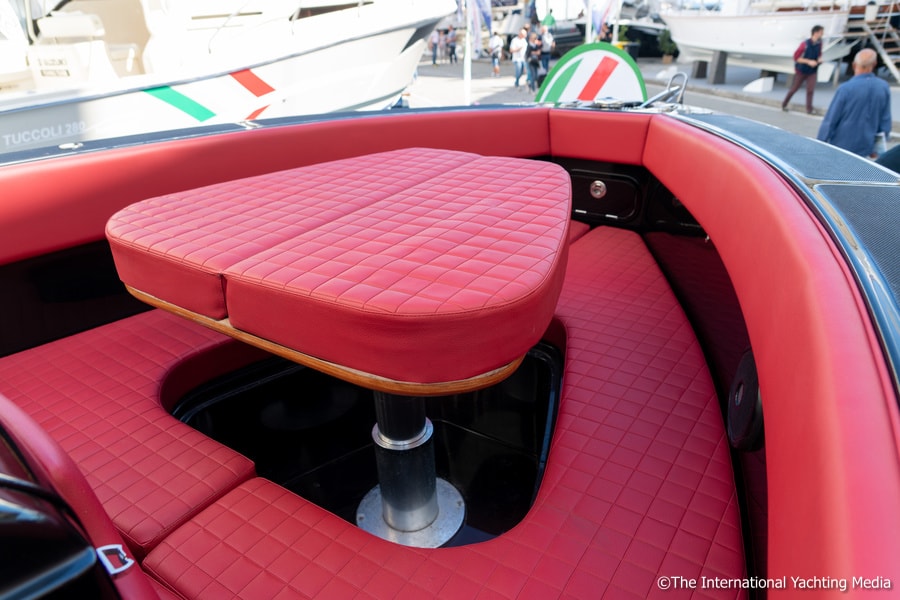 As in all the models of the range, the hull is manufactured in-house with no exterior suppliers. This results into a better product control as well as a higher overall quality standard. Alessandro Dellapasqua tells us about that during our visit. A naval engineer and a member of the third generation of the company, he has contributed to the realization of the boat concept.

“The resin treatment is carried out without using composites or processes that speed up the construction while minimizing the costs, but which can lower the quality. For example, we lay down each layer with steel rollers in order to remove the air bubbles and prevent the hull from suffering harmful osmosis processes “.

Moreover, Alessandro tells us about the development projects of the shipyard which, thanks to really custom models that are the result of a truly Made in Italy production, wants to strengthen its position on both the Italian and the global market.

“The yard wants to expand. We are engaged in the search for new dealers in Italy and abroad in order to create a sales network that can satisfy the demands of all customers.”

The result of the 60-year experience of Dellapasqua DC, the DC Seven Sport has persuaded us.

We’re convinced that she will appeal to all those who want to run at high speed on a custom boat.

Of course, we are among them and, thinking about how we can configure the DC Seven Sport, we just wait to sea trial her.

Selva Marine, a rush of new boats at the Genoa Boat Show