News/Premieres/SAILBOATS/Used boats under the lens

It is now 5 years since her official debut at Paris Boat Show, but 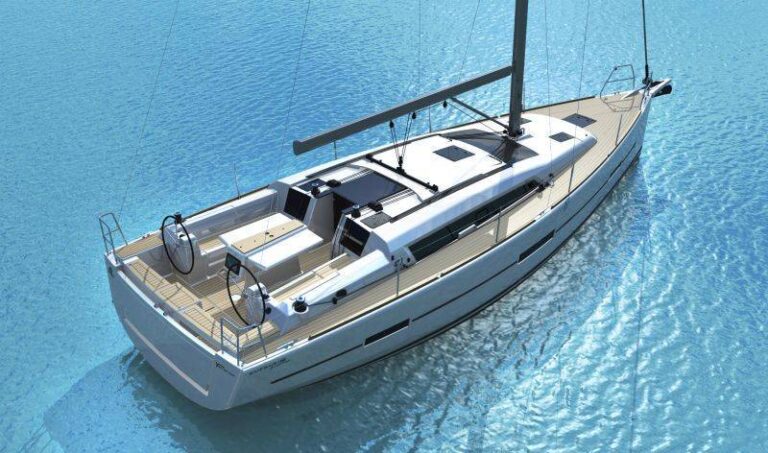 the Dufour 412 Grand Large is always up to date.

After all, the French brand founded by Michel Dufour is famous all over the world for producing long-lasting boats and, among the most stylistically modern models, the 410 Grand Large Restyling retains her place of honour.

Nor surprisingly, naval architecture is the result of a joint collaboration between Italian designer Umberto Felci and the French shipyard.

Highlights, absolutely innovative in 2015, include a fixed bowsprit, which has definitively replaced the retractable one of the 410 GL, and the possibility to install a self-tacking jib for easier maneuvers.

In short, the Dufour 412 GL is still a highly appealing cruiser and a good option for anyone looking for comfort and performance at sea. 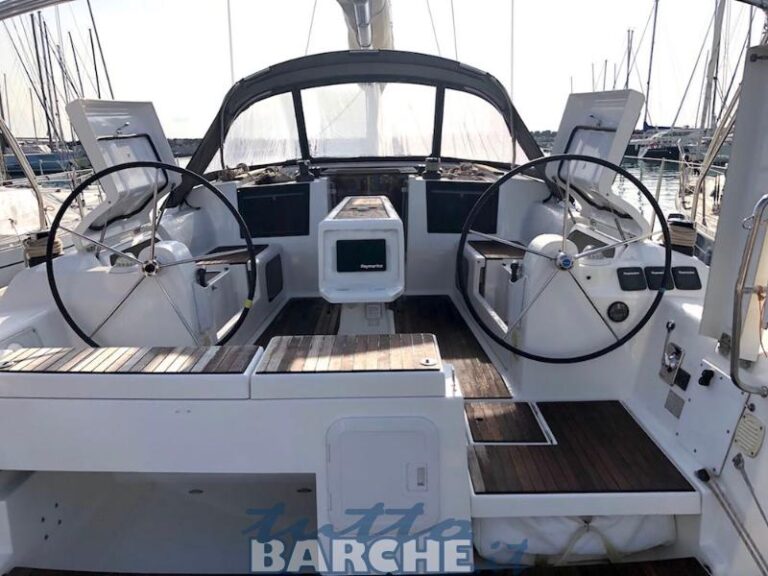 The lines of the Dufour 412 GL are sleek, elegant and stop sharply in the transom which, as we shall see, transforms into a decidedly large beach area.

Wide, deep and well-arranged, the cockpit is certainly one among the most appreciated areas of the exterior layout, capable of housing two wheels and a large sunbathing platform.

The stern accommodates a well-equipped outdoor galley with gas burners, refrigerator, sink and grill. The latter is a detail that, introduced in other previous Dufour models, has been well received by customers.

Both the cockpit and the outdoor galley are visually hidden by the stern platform, which contributes to make the cockpit even more uncluttered.

The large side-decks lead to the bow sundeck, largely occupied by a semi-raised deckhouse which, however,does not sacrifice the relaxation area at the bow. 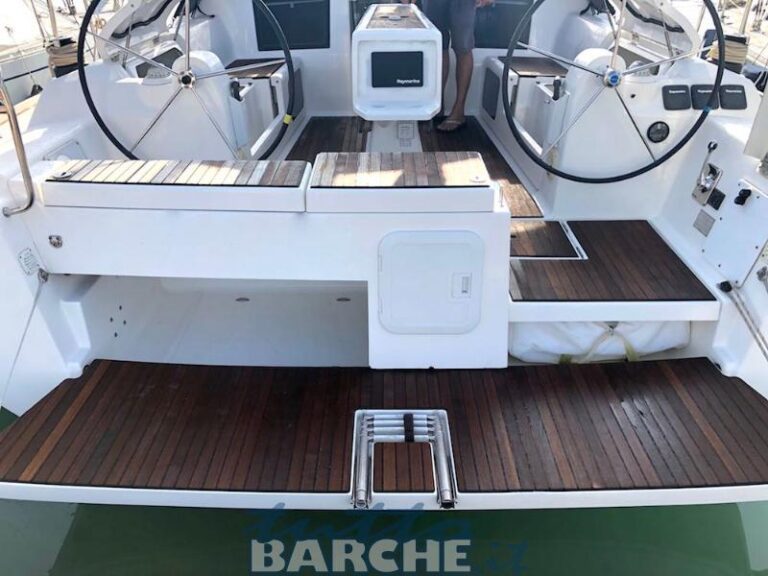 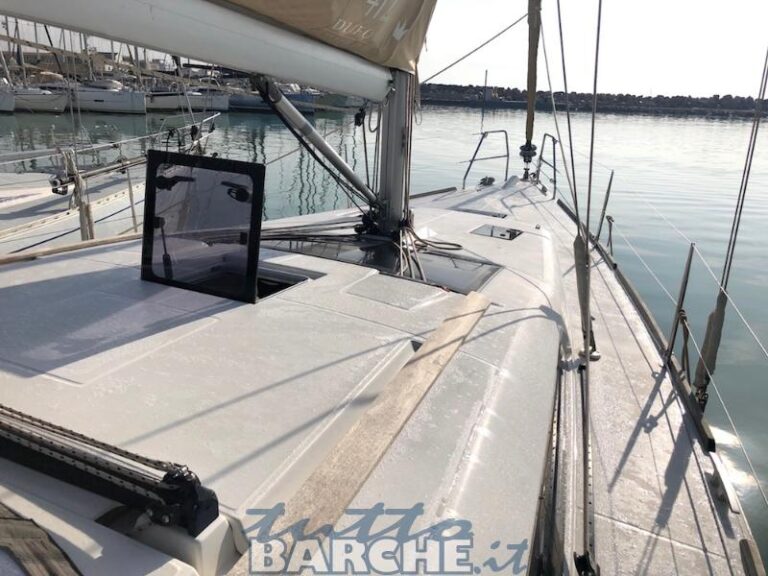 Past the hatch, what immediately strikes of the interior design is a 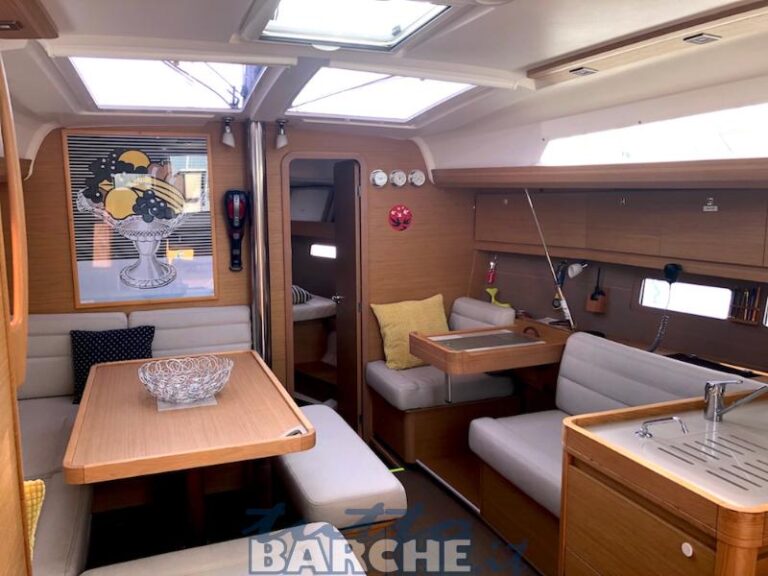 The space, with particularly warm tones, is tidy and classy, in full Dufour style. The finishes are of high quality and no construction detail is left to chance, just as there is no trace of a sharp edge.

One of the main strengths of the interiors is the galley, due to the length of the worktop, the large fridge with double access, but also for the ventilation guaranteed by its small dedicated porthole.

The large windows on the sides and the deckhouse flood the dinette and the elegant living zone with a great amount of natural light.

A comfortable L-shaped sofa envelops the large table, which can seat 6 people in total comfort, while two other sofas on the starboard side, interspersed with a folding table, make the salon even more convivial.

Interior volumes are generous everywhere, with a headroom of 2 meters in the dinette and in the hall of the three cabins (a master cabin at the bow and two VIP cabins at the stern).

While the master cabin is a bit sacrified in width, as it inevitably follows the triangular perimeter of the bow, the two guest cabins equally share the beam at the stern, making the most of its width. The sleeping zone is completed by two heads, one of which is equipped with a large shower box. 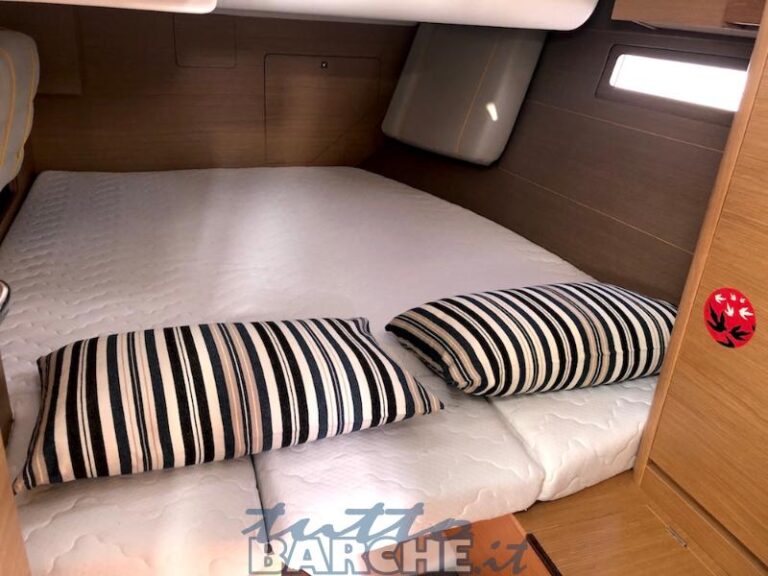 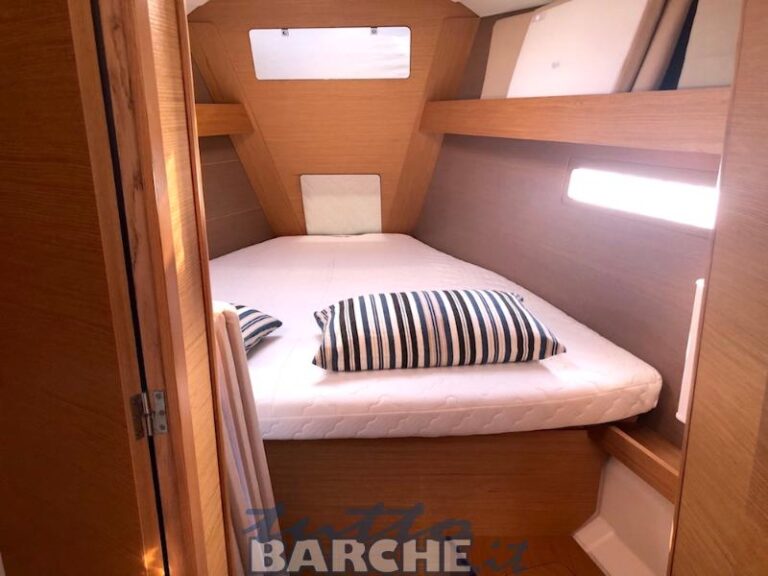 The engine option most commonly installed on the Dufour 42 GL is a Volvo Penta KAD 300 55HP. Of course, the overall boat value depends on the number of engine hours. 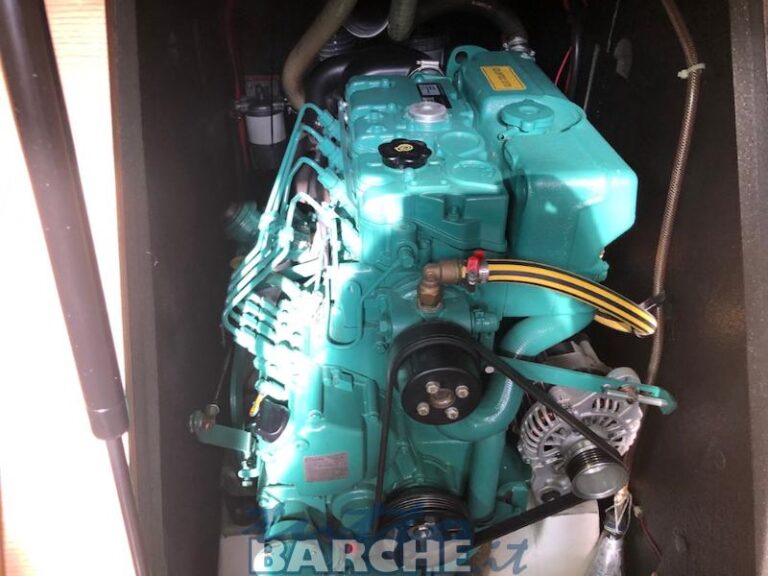 Built in 2015 by Dufour Yachts, the 412 GL can be found on the market at a price ranging between EUR 135,000, for models that require significant refitting, and EUR 210,000, for the best-maintained, updated and well-equipped models.

Like many other cruisers, the presence or absence of several sets of sails and their conservation state determine the overall value of the boat. Today, the market offers the following prices.

Visit the “used boats under the lens” section of Yachtingmedia.com

Boating etiquette: how to live peacefully on a boat

When the gybe becomes “Chinese”. How to deal with it.