The last refit carried out by the ultra centenarian Dutch shipyard Feadship involved the motoryacht Caravelle, issued in the ’60s from a collaboration with Italian designed Carlo Riva. Today, it is inevitable for a sea lover to feel a shiver running down his spine when admiring the succession of pictures, dating back to over 100 years ago, of Feadship’s catalogue. 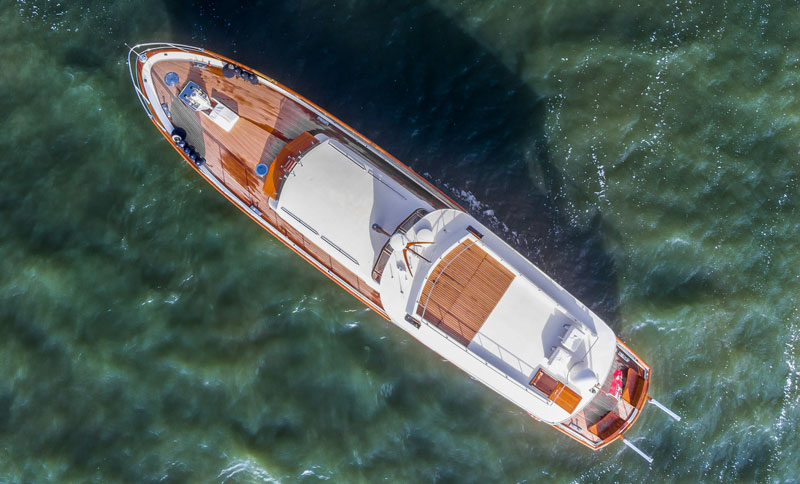 identify a common denominator in Feadship’s works, it certainly would be tradition.

Everything was born – or, to be more precise, it was born again – in Amsterdam at Café De Roode Leeuw a few years after the end of World War II when Europe, mangled in its soul, body and bank accounts, could think everything except the world of luxury and boating.

Feadship didn’t come from nothing and was not something new.

Instead, it already had a history of almost 100 years at that time if we consider that, in 1849, in the waters off the Dutch coasts, the Akerboom family acquired the shipyard to repair boats and, before the World War II began, they assisted many European families that, in those years, were pursuing the navigation dream. 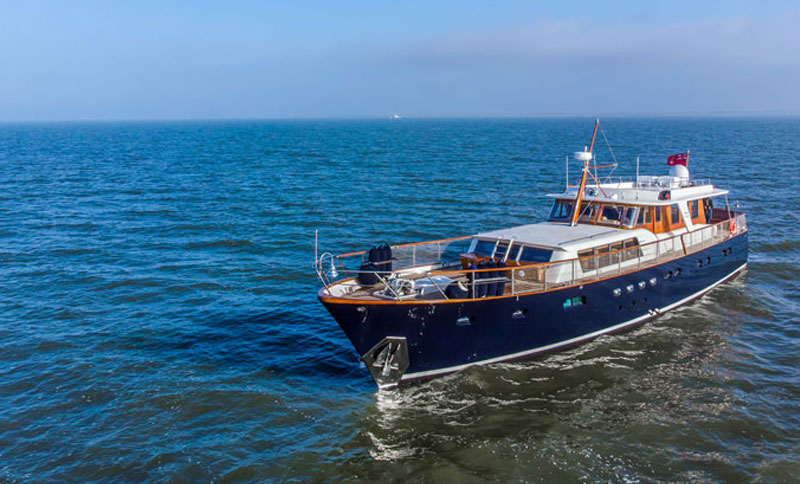 Let’s get back to Café De Roode Leeuw in Amsterdam where people, probably in their Borsalino – the hats that were particularly trendy at that time – started to write the history of the First Export Association of Dutch Shipbuilders.

From that day on, collaborations through Europe and all around the world became numerous, enabling Feadship to become one among the top players within global boating industry.

Customization, style, excellence, continuous research and innovative design are just some of the numerous imperatives the Dutch shipyard has always respected and that reign supreme in its modus operandi still today. 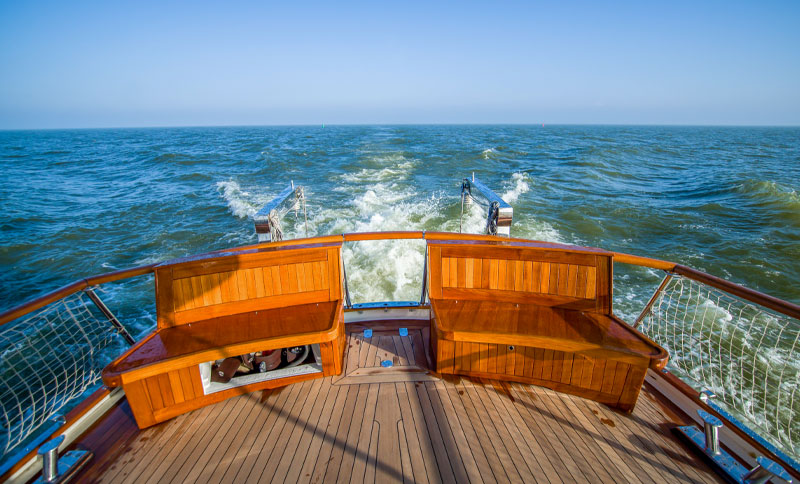 a boat – the Caravelle – of almost 60 years ago has been delivered to the shipyard of Makkum for a complete restoration work involving engine room, anchoring systems and stabilizers.

In order to fully understand the strong appeal to the past and to that period, we must think that, at that time, the boats of the shipyards boasted owners like Henry Ford II, the founder of the current Fort and nephew of his famous namesake.

A strong appeal not only to the sophisticated style of Caravelle but a bridge between the current time, rich of economic uncertainties, and those that were the years of a new start, where everything was possible because the storm was passed and, when the sea is calm, you can sail well.

Comparative test in world premiere for Raymarine Docksense: that’s how it works with Mercury and Volvo joysticks