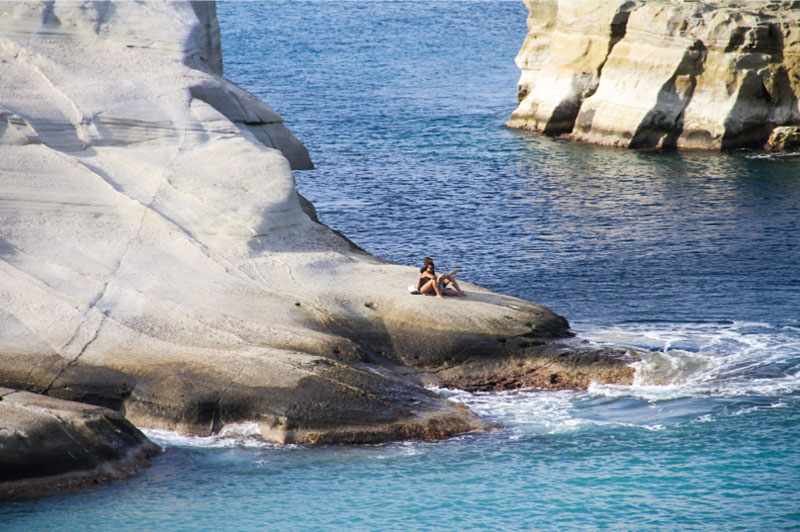 a multipurpose Anglo-Saxon term which literally comes from the verb “to chart” that means “to rent”. However, when referred to flights, I doubt that the person saying ” I get a charter plane” wants to mean ” I’ve rented a plane”; instead, he has looked for the cheapest way of flying.

When referred to boats, the term sounds more appropriate even if Regulation No. 172 of 2003 distinguishes between rent and lease.

But, here, I want to talk about something else without going into legal or administrative discussions. 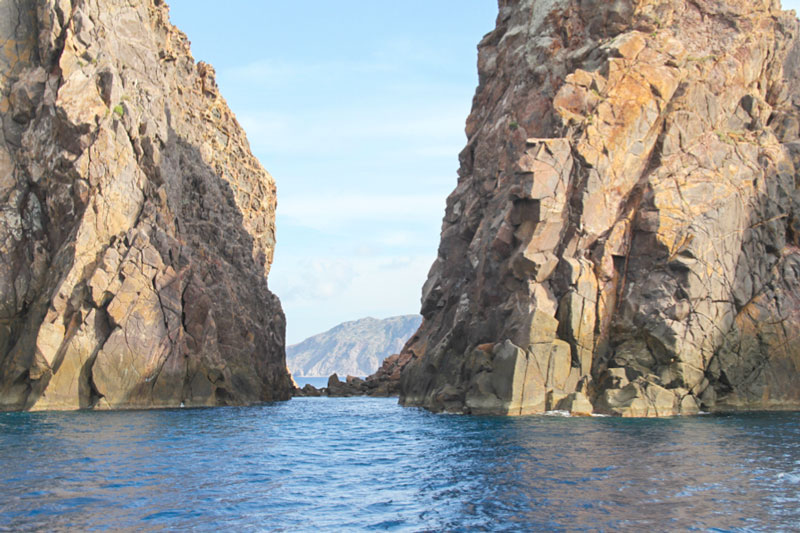 For those who use this term to go to the sea, the meaning is much easier: they take a boat for a week, they pay rent and, if they have a license, they drive it on their own; alternatively, they pay and additional daily rate to have a “ captain of recreational boats“, commonly known as “skipper“.

So far, everything is clear.

More recently, another Anglophone neologism has been introduced: Day Charter. As it was said on the signs on the passerelles or the stern decks of the boats operating on service, this term suggested that I could have choose between four or five sailboats swinging along the quay of Adamantas on the enchanting island of Milos.

Indeed, I dreamed of visiting the island and seeing all the islands I could not reach by land as well as all the steep coasts I had seen on the flyers, the caves and stacks, including that of the famous stone “bear”. I had already examined closely the boats operating on this service; built by different shipyards, they all had similar sizes: about or slightly above 45 feet, that is from 13 to 15 meters in length. 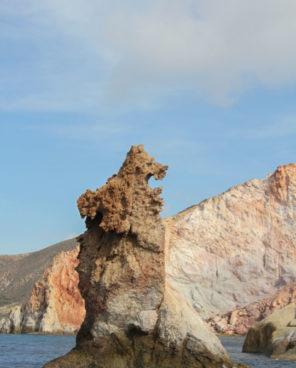 Their equipment included just a mainsail and a jib. There was even a little old catamaran of equal length. Curious, I asked for rates and itineraries.

EUR 110 per person for the catamaran and EUR 70 for the monohull, breakfast included; the itinerary would have been decided on departure according to winds and therefore the visit would have included only a half-tour of the island, on the right or on the left, up or down, always sheltered anyway. In any case, the excursion would have lasted from 10:00 to 17:00. 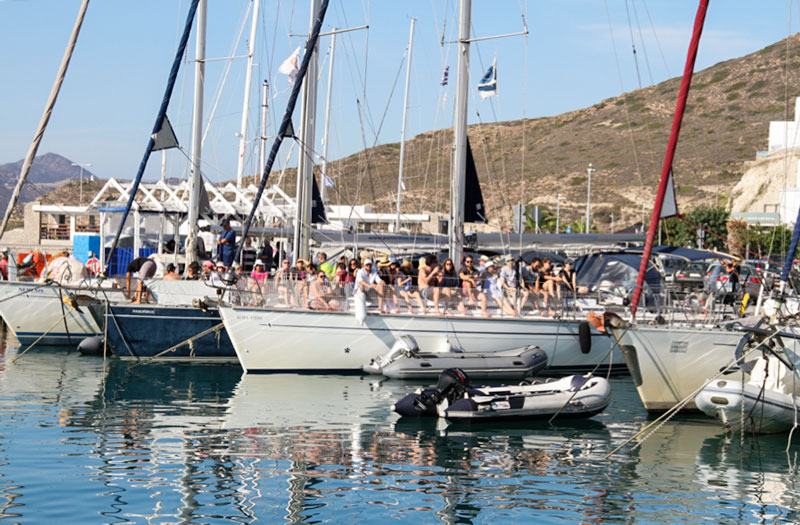 Sometimes, fortune favours even the lazy. The night before, I didn’t find a seat neither on the motorboats nor on the catamaran and, a little disappointed, I felt back on the big caique where I paid only 50 euros. Wonderful, excellent … I thought that I couldn’t have asked for something better when I finally saw the other boats where I hadn’t found a seat. No wonder!

Each of the sailboats was overloaded; about 20 people were there!

What about opening sails? No way! I appreciated the honest caique, on which I knew we would have sailed under power but I had the possibility to enjoy enough room where to sit, stretch, walk and have a meal in total comfort. However, I could not help but set in motion my abacus and make some calculations. 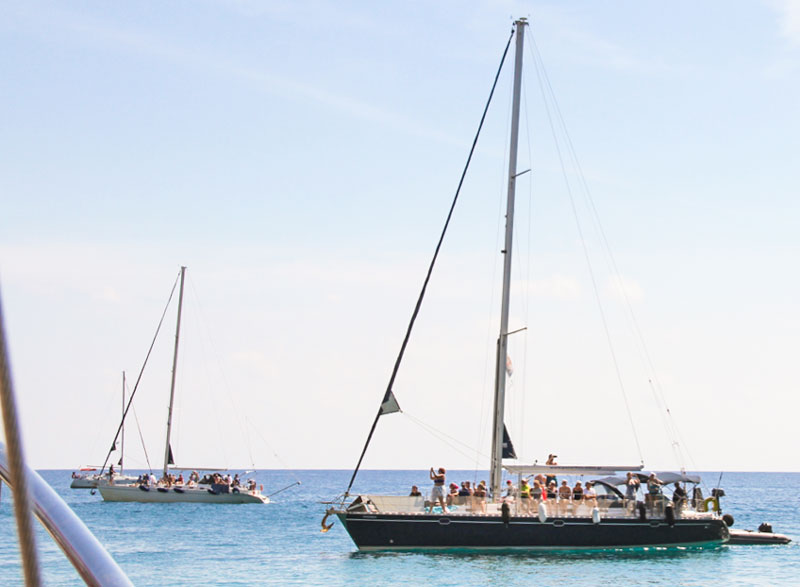 Well, it’s pretty obvious to me that the investment/income ratio swings in the favour of the “so-called” sailboat. That’s the real meaning of “day charter”: a very large group of passengers on board for a very short trip but… in Italy, is it allowed to board 20 people on a 13-meter sailboat to take them to Venice or Capri’s Stacks?

In Greece and on the island of Milos, this is possible: maybe, it’s not beautiful but it fully expresses the concept of “day charter”.

Jammed anchor : how to release it from the chain of another boat

Arimar, a partner of “Sicuro inMare”, at Genoa Boat Show