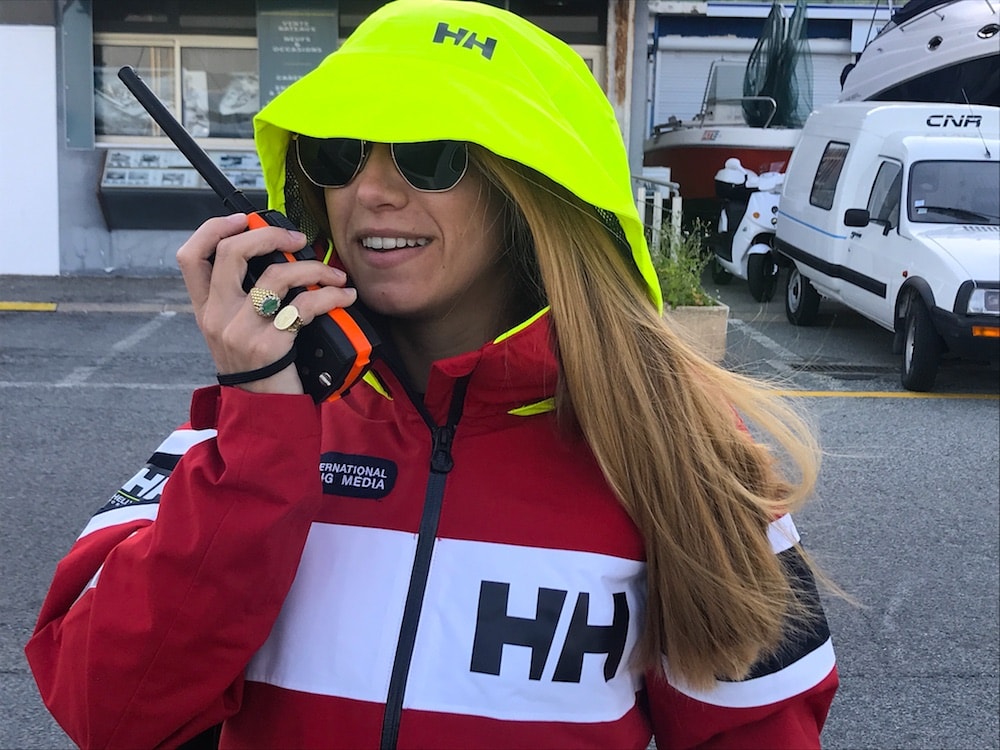 the popular international yachting web portal, chooses Helly Hansen clothing for its team. Cold and wind will be just an old memory for both the journalists and operators of the media who, from now on, will travel and test any boat protected by the historic Viking sailing jackets.

With over 140 years of history and professional reliability, the legendary Norwegian brand is one among the most popular options with those who embark on extreme adventures, on the seas and in the mountains, or simply desire to deal with everyday life with a touch of style. Today, the unparalleled technical know-how the company has gained over the centuries is combined with the exclusive Scandinavian design in order to offer the genuinely original style which distinguishes Helly Hansen sportswear.

The year was 1877 when, in the cold Norwegian city of Moss, Captain Helly Juel Hansen, together with his wife Maren Margarethe, launched a company producing  waterproof oilskin jackets, trousers, sou’westers and tarpaulins made of oarse linen soaked in linseed oil. The story says that, in the first 5 years of activity, the company produced and sold about 10,000 pieces, after winning a diploma for excellence at the Paris Expo. 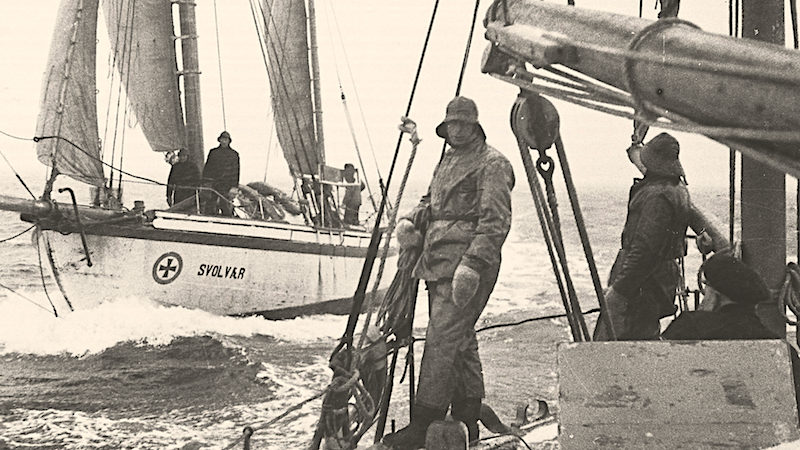 The insightful captain had studied and developed a special fabric which was able to protect Norwegian sailors from harsh northern elements. In the last century, the brand introduced a series of important innovations, from the development of the Linox technology in the ’20s to the production of the first fiber pile fabric ’50s. But it was the Olympic Games of Helsinki in 1952 that marked the entry of Helly Hensen in the world of high-performance sailing.

The most important years for the Norwegian brand were certainly the roaring ’70s when the layering process revolutionized the industry with the introduction of the first 3-layer pieces made up of a Lifa layer – the closest one to the skin – an insulating fiber pile layer and an external waterproof layer. Since then, sailing teams equipped with Helly Hansen apparel have conquered the first steps of the podium in all classes, from Dinghy races to ocean competitions, defying the brute strength of nature everywhere in the world.

The Norwegian company uses over a century of tradition to produce items which win against elements thanks to a perfect combination of Scandinavian design and experience in the harshest conditions.  It is no coincidence that the historic Norwegian brand has been named as the exclusive apparel supplier for US Sailing Team sailors through 2020.

” Regardless of whether we will be facing oppressive heat or bitter 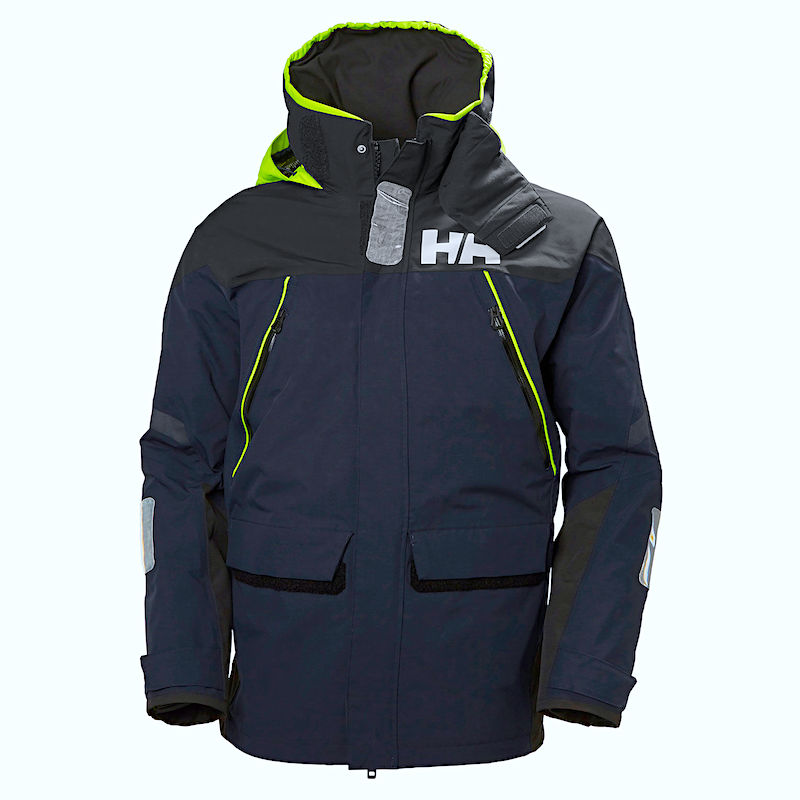 cold – said two-time Olympic Champion Malcolm Page – we know than Helly Hansen can offer advanced solutions to provide our team with the comfort and the protection required for competitive success. The brand is trusted by professional sailors around the world and we look forward working with them to give our sailors every possible competitive advantage“.

With the certainty that 140 years of history are an absolute proof of Helly Hansen apparel’s success, the staff of The International Yachting Media has chosen its products to handle the harshest elements during his cruises and sea trials all around the world.

The Norwegian company is not concerned about how we will use its products and it has accepted our proposal with satisfaction. We have already received the first man and women’s clothes: a man’s Skagen Offshore with overalls and a woman’s W Salt Flag with HP Foil overalls.

More specifically, the Skagen is a sailing jacket for offshore and coastal sailing that requires a full protection against wind and waves. It offers special solutions for sailing professionals and a sturdy HellyTech Performance 2-layer fabrication with mesh lining for top comfort. The jacket also features a protective collar, a face mask, double cuffs, storage pockets and hand warmers. 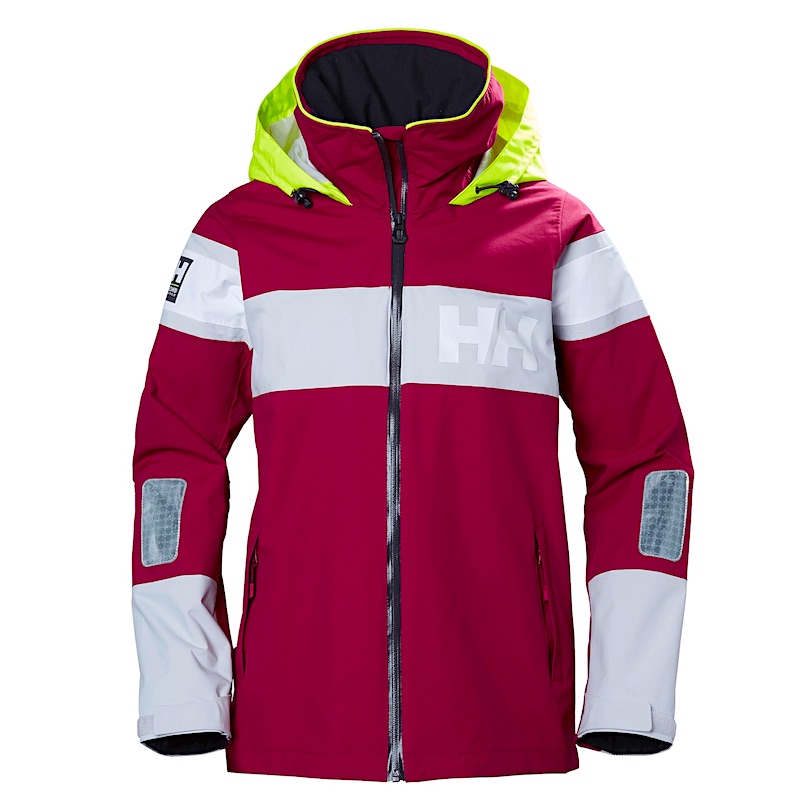 Salt Flag is a sailing jacket for women, featuring the classic Helly Hansen striped design, which was used for the first time by Berge Viking team during the Norwegian Whitbread race.

The iconic stripe represents classic yachting design; thanks to the sturdy HellyTech Performance 2-layer fabrication, this jacket has what it takes  to keep you dry and warm. Packed with right features as a high protective collar and stealth seals in the cuffs, this jacket offers top functionality while allowing you to take to the fjords in style.

Our test-men constantly travel all around the world to sea trial new boats: what better time to test the famous Norwegian sailing jackets?

Next September, we’ll go back to talk you about the legendary Scandinavian brand but, this time, with results in our hands  which will reveal the real technical performance of the Norwegian tarpaulins.

Arimar Test: 20 hours on board a life raft

Jeanneau Sun Odyssey 319. The boat for everyone