The Felci 61 goes back to winning. ITACENTODUE won the 68th Giraglia Rolex Cup and she did so despite her “age”. Launched in 2009, the boat, in fact, technically falls into the vintage categories and is the 6th excellent unit of the Felci 61, whose evolution began in 2006 at the Felci Yacht Design studio in Padenghe sul Garda. ITACENTODUE’s first IRC 0 place at the post-pandemic Giraglia is all thanks to an experienced team and a senior owner. Adriano Calvini (1937), former vice-president of the Italian Yacht Club from 2000 to 2013, commented on the victory: “Conquering a place like this in such a prestigious race is always a great satisfaction. We had a high level crew who knew how to steer the boat in an excellent way“.

A determined owner for the ITACENTODUE

“Things don’t happen by chance. Behind this umpteenth victory there is certainly an owner who wants his boat to be always in order, competitive, with a great skipper, who keeps ITACENTODUE as if it were his own. There’s a whole story of passion hidden in this victory,” explains Umberto Felci, the creator of the ITACENTODUE project during our encounter at the Marina di Varazze on a very hot afternoon.

The reasons behind the success

Hearing the whistle blowing in the 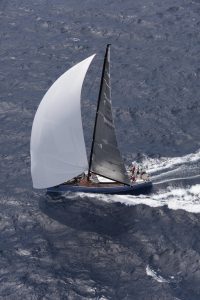 sails of this 12-year-old creature of the sea makes you wonder: how can she win again and again? Among her top performances, ITACENTODUE include victories in the Maxi category of the Mille Vele in 2010, the Giraglia in 2011, the Pirelli Trophy in 2012, the Giraglia in 2012, the Mille Vele in before retiring with an IRC second place in the Carlo Negri Cup. The reasons of the success lies in the fact that, in addition to long-range family cruises, ITACENTODUE was designed to run in the Mini Maxi category; in short, she has been a true promising “thoroughbred” since her launch.

” 12 years of evolution and design obviously bring improvements. Today a lot of hydrodynamic work and testing experience has been done but ITACENTODUE is still competitive. We’re talking about rating races – explains Umberto Felci – so it’s always a matter of real speed/performance/rating ratio. But if you look at the overall ranking in terms of times, the times of this Felci 61 are still remarkable”.

In addition to careful naval architecture, engineering and design, the boat stands out for its sophisticated “high module” carbon mast. Moreover, the lifting keel provides a variable draft from 2.5 to 4 meters. The shipyard has sold 8 units of this Felci61, confirming the great success of the boat. 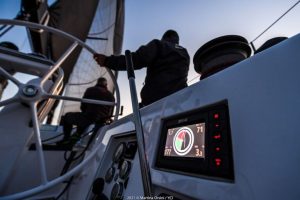 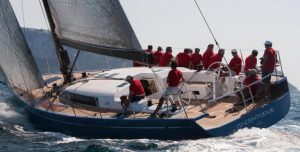 Fast or hyper-optimized boats? What really wins? This is the key question that Umberto Felci has skilfully answered: “ ITACENTODUE is a fast boat and has nothing optimised for the regulations, also because the regulations change but the boats remain. Optimising for the IMS meant paradoxically almost “getting worse”. We designed the best 60-footer that we could create, obviously considering that it wasn’t a “pure” racer and it’s not a “pure” racing boat now either…. It was Adriano Calvini who decided that his Felci61 needed to gave a racing fitting, hence the lifting keel and full carbon. ITACENTODUE’s project manager,” continues Felci, “was Roberto Martinez, who was very good at making the boat go into the water lighter than the standard for which it was designed. This Felci61 is the first boat made in epoxy resin infusion and a high modulus carbon mast has been added, it’s a boat that has been reworked to go fast and for this reason it still wins. It’s a really nice finished project but it’s still up to date and it works”.

In addition to the a 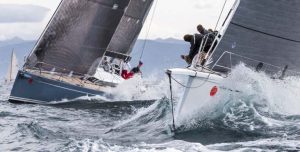 great skipper, Umberto Rossini, and an extraordinary owner, Adriano Calvini, Tommaso Chieffi’s sensitivity in tactics, Mario Rabò‘s absolute promptness at the helm and the expertise of Ambrogio Beccaria certainly stand out among the team of sailors that won the Giraglia 2021.

As Pierangelo Bertoli used to say ” yet the winds still blows, spraying water at ships on the lad”.

Bamar: the perfect components for every sailing boat

Absolute 60 Fly, here’s the yacht that will change the market

Filippetti F 100: an elegant super fly with a sporty character