Scanner Marine : quality and innovation for over 30 years

Keeping up with the times is a true daily challenge for those who operate in the yachting market where new trends are constantly round the corner. Since 1989, Scanner Marine has been taking up this challenge every day, keeping a watchful eye on innovation. Suffice to think of the Scanner 590, the inflatable boat with which, in 1993, the Scanner project presented itself to the general public. With its soft elongated lines, the model was revolutionary at the time not only from an aesthetic point of view but also in terms of construction, making extensive use of fiberglass on the tubulars as a solution to increase space on board.

The entry into the international market in 2001

Fabio Montemitro, the son of Donato Montemitro, the founder of Scanner Marine, welcomes us in his bright showroom in  Casalbeltrame, in the province of Novara. While we wander curiously among the various models of tenders, inflatable boats and maxi ribs exhibited in the showroom, he tells us that 2001 was an important turning point for the company since they entered the international market thanks to increasingly more cutting-edge models and the commitment of their dealers that, with their professionalism and passion, contributed to make the Piedmontese brand famous all over the world.

For Scanner, in fact, the most important thing is the love dealers have for their products. If they love them, they can sell them because they are able to transfer their love to the customers who, in turn, want one thing above all: the high quality of materials. And, as regards quality, Scanner Marine has nothing to envy to its competitors. Moreover, the Scanner brand stands out for its unique design and the excellent hull performance of its boats, fully customizable by the customer according to his needs. 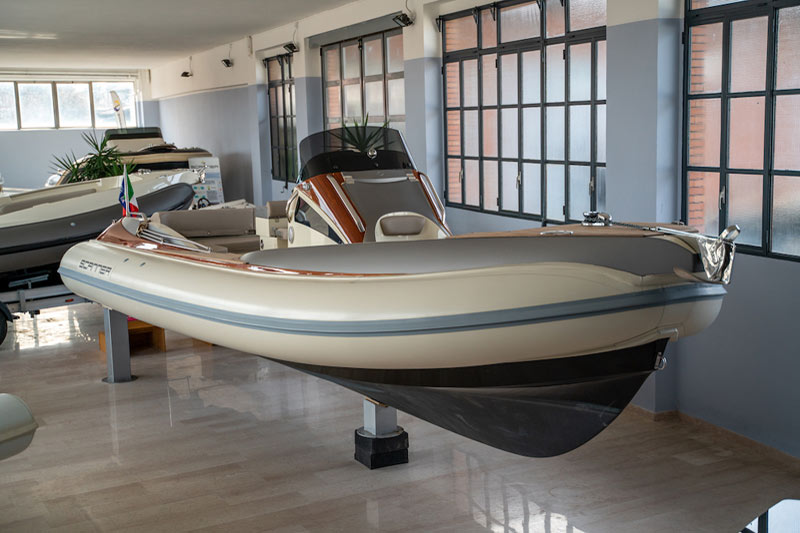 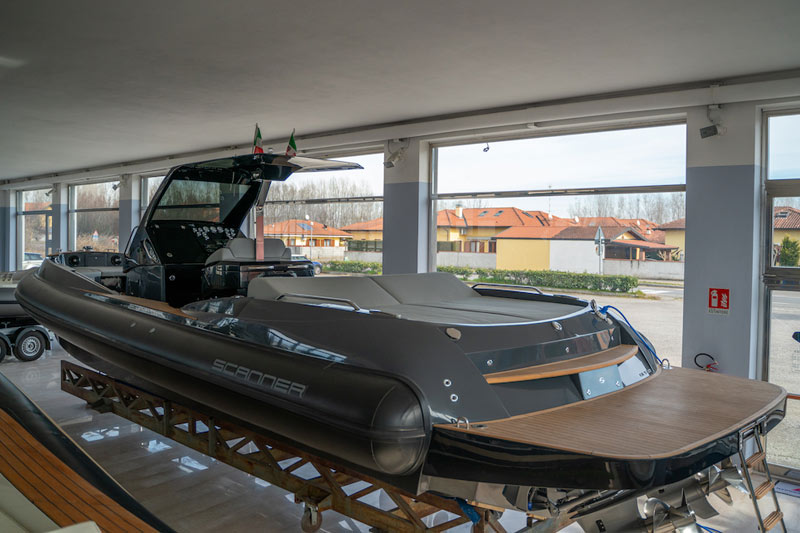 In line with the market trend, which is veering towards Maxi Ribs at the expense of traditional bigger yachts, Scanner Marine introduces two great novelties for 2020: the Envy 1100 (see picture below on the left) and the Envy 1400 (picture below on the right). The 1100 is the flagship and most popular product of the company, available in three versions – Touring, TT and HT- fitted with twin inboard or I/O engines from 250 to 400HP.

The Envy 1400, unveiled at the last Cannes Yachting Festival, is a day cruiser with two cabins, a dinette and a separate bathroom. Power can come from three outboards or two Volvo Penta D6 engines from 800 to 2,000 HP, depending on the option selected. 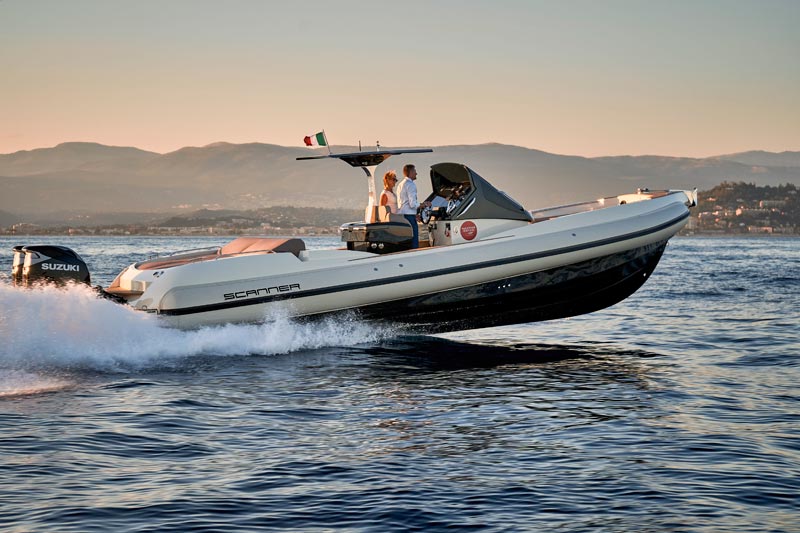 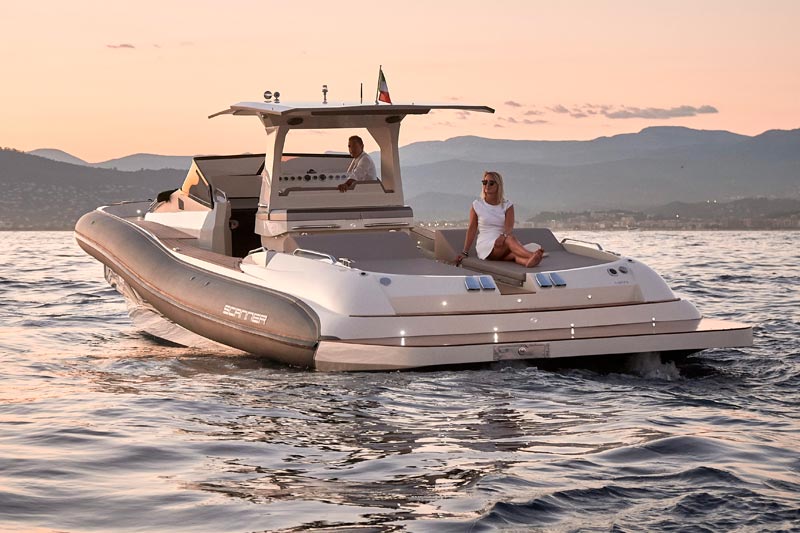 SuperOcean 58, a new brand for the shipyard’s flagship

In 2018, Scanner Marine launched a new line, the SuperOcean, to which the Super Ocean 58 belongs. The latter is a 18-meter Maxi Rib which, made entirely of fiberglass, is characterized by a unique deck layout and very wide interiors: three cabins, three bathrooms and a crew cabin. Whether it’s a tender or a yacht, the goal of Scanner Marine – Fabio Montemitro concludes – is always the same: to combine design, quality and functionality. Since over 30 years, Scanner Marine has never failed to do this.

Cayman 26.0 Sport Touring: the Mini Maxi RIB from Ranieri that we’ve all been waiting for