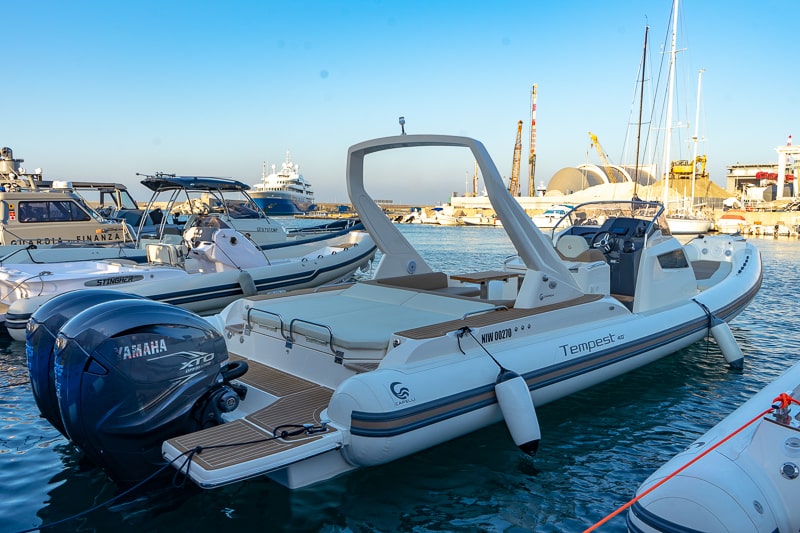 With a displacement of 5.6 liters and 425 horsepower, the new outboard is situated on the upper end of the high-power engine market between the historic Mercury Verado 400 and the Seven 627. A market range highly coveted by outboard manufacturers that, given the figures at stake, is consequently very competitive.

Invited to test this new engine during the Genoa Boat Show, we didn’t think twice and climbed on board the Capelli Tempest 40 that, for the occasion, accommodated two of the new outboards manufactured by the brand of the tuning fork. 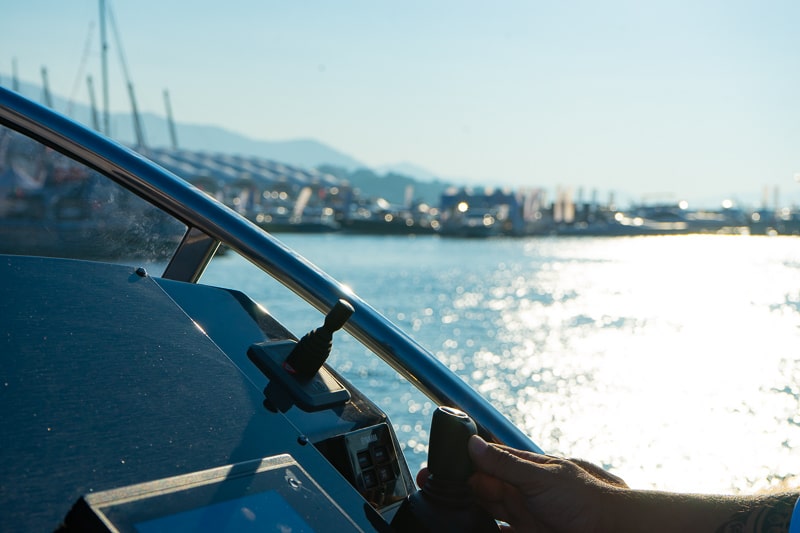 It’s early in the morning when we get the boat show. I’ve chosen this time to avoid crowds and test the couple waiting for us at the dock in total comfort.

The Capelli Tempest 40 is a RIB with distinctive design that, characterized by rather squared lines, culminates in the central console where a cabin of generous dimensions is accommodated. With an unladen mass of 3,900 kg, she is a good testing ground for the twin engines we want to test. With a total power of 850 HP and a weight that is properly commensurate with power, we expect remarkable performances from this test.

We leave the berth using the now inevitable Joystick, gear engagement is still a little noisy but the behaviour is on the whole satisfying and, at idling speed, the engine is silent. Out of the port, conditions are almost perfect, the sea is almost flat and there are no more than 6-7 knots of wind.

I take the helm 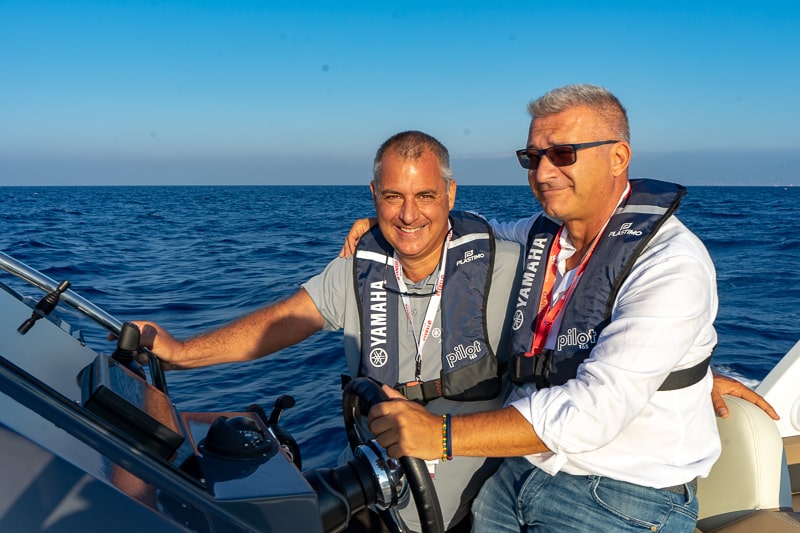 and start to accelerate. I like the lamellar sound of the Yamaha and these V8 XTO are fortunately no exception. I try to push on the throttles strongly and, immediately, acceleration is perceptible and pushes me back. Along with thrust, the unmistakable sound of the Yamaha increases the production of adrenaline exponentially.

This new 425 is really great, power is remarkable and clear. I immediately test the top speed, I reach 49.3; then, I trim and reach 51.1 knots. Speed is right in relation to power but propellers are maybe a little weak, a few knots more might be possible with a more accentuated pace. 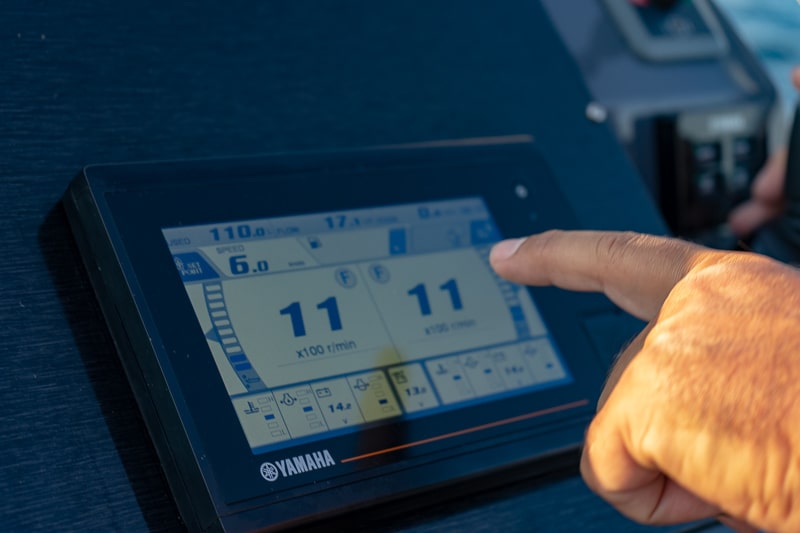 The Yamaha 425 V8 XTO Offshore is not exactly a frugal engine, it is definitely in line with competitors of the same power but the doubt that propellers are weak and that revs are therefore too many doesn’t leave my mind. But we are at the boat show, we have no time to change propellers, otherwise I would have asked for that. 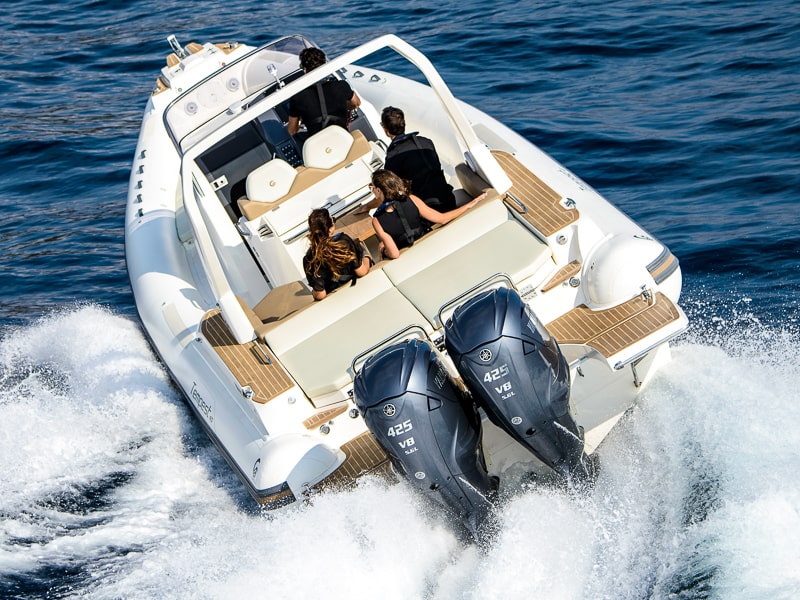 new Yamaha  425 V8 XTO Offshore would deserve a thorough test, it’s very powerful but also very heavy. In the version with extra long shaft – the most popular one – it weighs 453 kg, almost 100 kg more than the Yamaha 350 that I personally love.

However, it is equipped with integrated electronic steering that is very interesting and that I have particularly appreciate during the test. Equally noteworthy is the presence of a new 90 Ah alternator that can charge the increasingly larger batteries much faster.

An appealing design, especially in the white version, makes the new outboard very sexy. We have no doubts: it will be certainly very successful!

The test in numbers

Yacht Digest 12: the new face of the most widely read browseable magazine