BLive Communication stages the history of the Mussini Giorgio shipyard and lands in Portofino, the fishing village nestled between the embrace of the mountains and the gentle Ligurian Sea. Luxury boutiques, a jet-set harbour and plenty of sea: the perfect backdrop for capturing images of great beauty, focusing on the famous fleet of fine crafts designed by Giorgio Mussini.

Giorgio Mussini, the founder, tells his story in an emotional short film that outlines his ideals and personal history together with the other protagonists who still participate in his success today. The scene takes place in Portofino, on the precious and lively Ligurian Sea and in those places frequented by 20th century diplomats, until the arrival of the celebrities we all know.

Made in Italy excellence

Filming aboard the iconic Corvetta and Paraggina serves to tell the story in pictures of the philosophy of a brand that is expanding and still absolutely confirms the dominance of Made in Italy yachting around the world.

The faces of the shipyard’s personalities follow one another in this tale of the sea, presenting a family where the grandfather’s name returns to the grandson, also called Giorgio, an unequivocal sign that the history of the shipyard will be repeated, renewing its success.

The heritage of the Mussini Giorgio shipyards 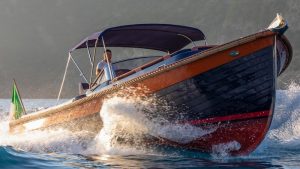 In this family-run business, every element participates lavishly with the strength of its nautical know-how.

Shipwrights and family members take turns in front of the cameras to narrate the beauty of these iconic boats.

Built entirely of wood, they are aesthetically beautiful and perfectly convey the seafaring needs of owners in search of style, who choose these rare marvels that are always characterized by almost artistic workmanship and the value of very special details.

The evolution of the Mussini Giorgio shipyards

The short film traces Giorgio Mussini’s entrepreneurial adventure, which began in 1949 with the rental of rowing boats in humble Portofino, where no fishermen yet knew the rosy future of these places that had become ultra-mundane. Then came the 1980s, the arrival of his son Gaetano Mussini, when the Cantieri began production of a boat on which “everyone’s eyes would fall”. It was the Utility Portofino and it was the start of the “great success” that was now universally acclaimed.

The short film thrills the viewer by opening the aperture with a close-up of Giorgio Mussini’s face. And the founder‘s words are immediately touching, perhaps punctuated more by the deep gaze than the lips and features of this man, furrowed by the days of a personal history that has made him famous thanks to unique boats. 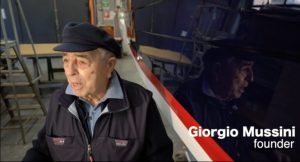 Nautical progress, that of the Mussini Giorgio shipyards, is the result of complete adherence to tradition. Completely accomplished by fitting out boats of great class. Constantly striving and looking to the future with an eye to honouring the memory of craftsmanship every day. Added to this is the ability to stand out from the crowd. Light years away from the kind of industrial production that snubs maritime needs.

The Mussini Giorgio shipyards have responded to this trend by making other choices: handcrafted mahogany, scrupulous detailing in the sculpting of the material, luxury, performance, almost resurgent design and refined style. Maximum availability for total customization, aimed at always satisfying the owner’s requests. Originality because “there is no Paraggina or Corvetta that is the same as another”. Every desire, you know, is often a personal dream, and for Giorgio Mussini’s boats the object of such ambition is always fulfilled.

Telling originality in a different way

Nautical craftsmanship, as if it were a sacred cult officiated daily by the Mussini Giorgio shipyards, fully emerges from the images of this docufilm produced with great care by Blive Communication for The International Yachting Media. It is a short film with a cinematographic content that can fully involve the viewer, because it recounts the absolute originality of these boats in a different, genuine and authoritative way. It does so by pursuing the art of image and colour composition, sharing with the audience the entrepreneurial adventure started by Giorgio Mussini in the late 1940s. A phenomenology told of this brand that has been handed down through three generations, the pride of Made in Italy. 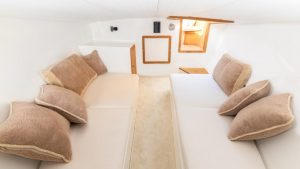 100 Sunreef Power, the revolution of luxury is multi-hull