Saverio Cecchi succeeds to Carla Demaria and becomes the new President of UCINA, Italy’s Marine Industry Association, for 2019-2023, with an approval of 99% of voters.

“I have been a part of this Association for thirty years- the newly-elected President says- now my experience and dedication will be at your service”. 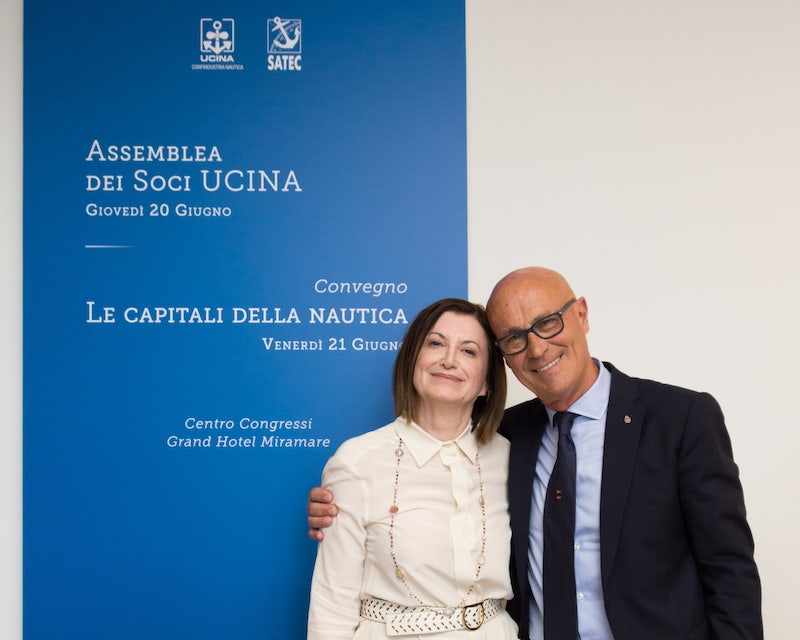 currently sits on the Board of Directors for GP Yachts srl and is a long-experienced member of Ucina. He became a member of the Directorate Council of UCINA Confindustria Nautica in 1990, has acted as Sector President, Vice President and, since 2013, President of the Disciplinary Committee for the Association. He has been President of BCS srl and from 2006 to 2012 CEO of Twin Disc Italia.

In his first statements, year, Saverio Cecchi-old Tuscan GP Yachts board member from Limite sull’Arno, retains the strong will to continue and improve the road taken during the Demaria presidency:

” The goals my team and I have set ourselves include: implementing the Nautical Code, Italy’s adoption of the Passenger Code for superyachts, promoting small boating, including through dedicated projects for Italy’s Sea Day (11th April), education, activities aimed at broadening our industry’s scope and supporting internationalisation, along with the businesses themselves, promoting the Made in Italy brand and the boating industry at the Expo 2020 Dubai, and the development of the boat leasing sector. And let us also not forget that in my programme I have committed to reuniting the Association, a concept I strongly believe in, because our strength is in unity”.

The outgoing president is, instead, Carla Demaria, who, having reached the end of her cycle, claims to have enriched herself personally and professionally. Demaria encourages her successor and thanks the Director Marina Stella, remembering the successes achieved during her management.

“This was an important Assembly, a key moment in the Association’s life” – commented Carla Demaria. “Today we have elected our new President Saverio Cecchi while also taking the opportunity to share an incredible recent history of unstoppable success achieved by the Association over the past four years on an institutional, national and global level. I have reached the end of a term that turned out to be more demanding than I could ever have imagined, but which has given me so many reasons to be satisfied and proud of what we have accomplished. So overall the outcome has been positive and I feel, as we reach the final moments of my mandate, that I have become a richer person, personally and professionally.”

UCINA’s General Council, established to accompany the President’s team, was nominated back in December on 19th in Rome. The Council will add to its members two direct nominations made by the President: Marco Donà (In.co.fin. srl) and Alberto Osculati (Osculati srl). The Assembly also nominated Anton Francesco Albertoni as President of the Disciplinary College.

UCINA CONFINDUSTRIA NAUTICA is the branch of Confindustria that has represented the Italian nautical sector since 1967. From shipbuilding to parts, from services to destinations. UCINA activity goes to promoting growth in the sector and organizes the Genoa Boat Show (Salone Nautico di Genova,) a top event to showcase Made in Italy nautical products on an international level. UCINA has an open channel with Federturismo, Comitato Fiere Industria, Federazione del Mare, Fondazione Edison and is present in both the European and International Federations ICOMIA (International Council of Marine Industry Associations) and EBI (European Boating Industry).

i-Yacht: the smart revolution in the world of boat rental

Gruppo Boero never ceases to amaze: strategy to be presented at Europe’s most important boat shows

Publishing, yachting and the relativity of time. Here is the second issue of The international Yachting Media Digest