Sessa Marine: the global rebirth of an Italian excellence

Sessa Marine, the history of a Made in Italy brand that wants to establish itself all over the world

Dynamism and innovation, design and technology, style and quality. These are the main features of Sessa Marine, the well-known Italian shipyard specialized in the manufacture of custom-made yachts from 18 to 68 feet, as well as a concrete expression of Made in Italy business culture where entrepreneurship and technological approach have contributed to achieving excellence in Italy and all over the world.

Established in 1958 by engineer Camillo Braga, one of the foremost engineers in Italy to use phenolic power-based systems and polyester resins in industrial productions, Sessa Marine was officially born 10 years later with her daughter Raffaella Braga Radice (awarded the title of “Cavaliere del Lavoro” in 2008) and the partipation to the first Genoa International Boat Show.

In the seventies, the shipyard began to build small-sized boats at the Sessa Aurunca factory, in parallel to the construction of a small laboratory in Cinisello Balsamo. In 1973, Sessa Marine became the first Italian company to install the new Piaggio jets and to build the first small-sized jet inboard units. 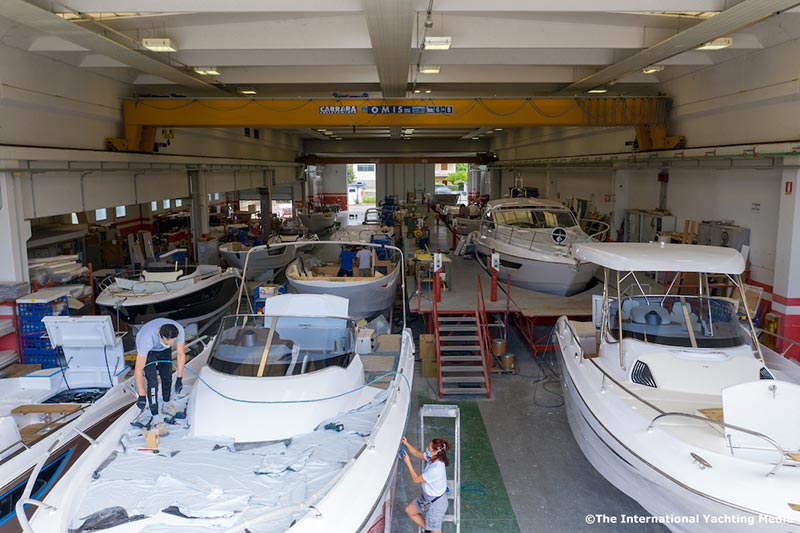 In 1986, after the sale of the Arcore-based factory, the whole nautical production moved first to Lesmo and, two years later, to Cividate al Piano, in the province of Bergamo, thanks to the acquisition of the Fyberstamp shipyard. The result was a new range of bigger boats with special focus on marketing, in a time where the ’80s iconic models like Mambo, Samba and Sunshine gave way to the Key largo, Oyster and Key West collections. 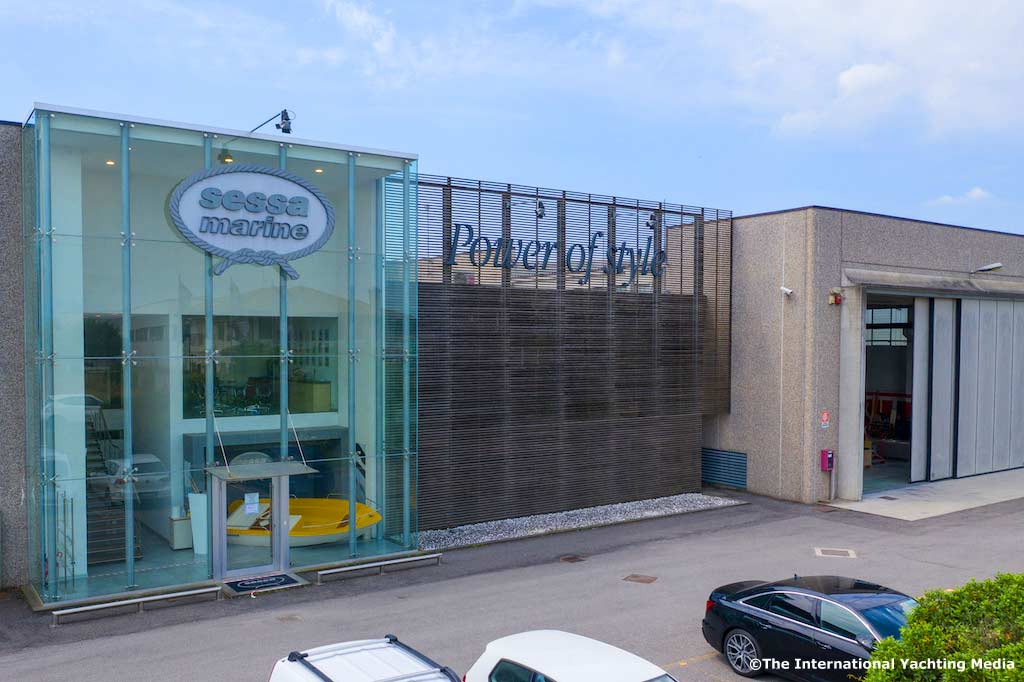 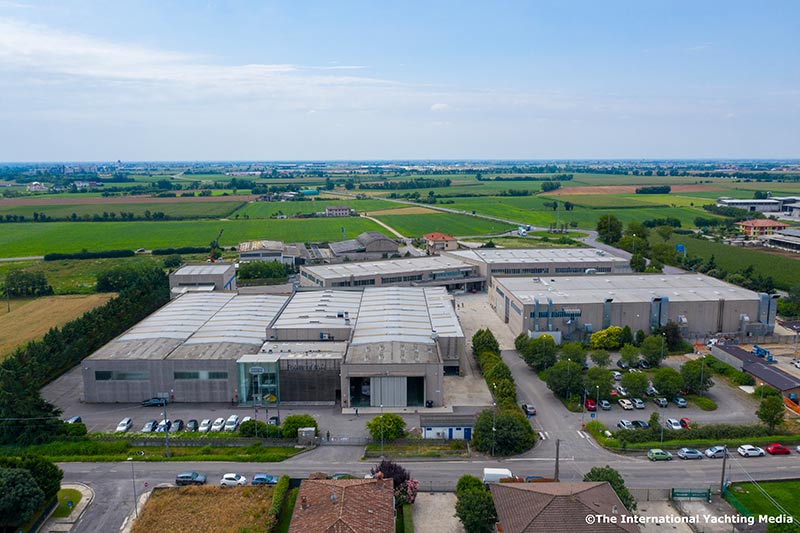 The intercontinental expansion of Sessa Marine, a shipyard with two souls

After a period of corporate reorganization and adjustment, 2016 was the year of the great restart for Sessa Marine which, with the recruitment of new dealers distributed all over the world, consolidated its name all over the world, opening up to as many new markets.

Today, Sessa operates in the main European countries: Croatia, France, Germany, England, Italy, Poland, Portugal, Spain, Switzerland and, from this year, even in Russia and Turkey.

However, the renovated ambitions of the Italian brand want to go beyond the continental borders.

Domenica Lastella, Sales Manager of Sessa Marine, announces that the company has started some important negotiations in Australia, Japan, South Korea and Florida. 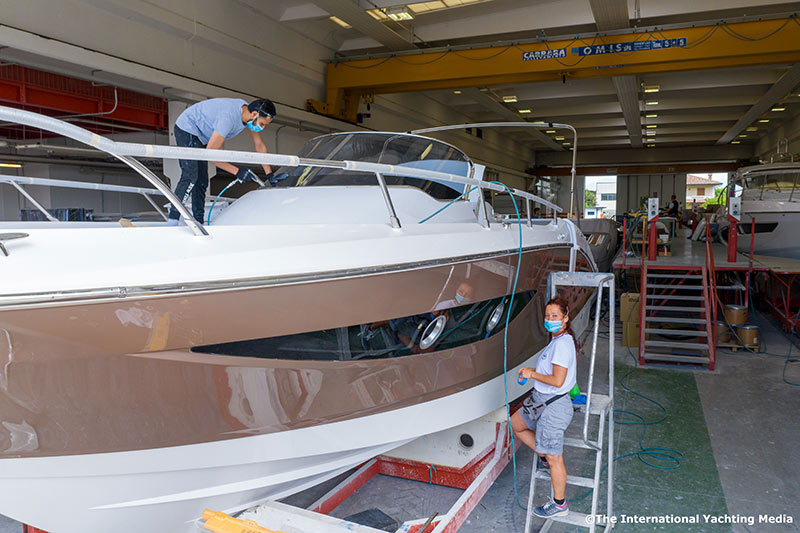 ” Asia is a difficult market but has great potential – Mr. Lastella says – Our goal is to conclude some negotiations in Thailandia and Vietnam, where boating is registering a very important vertical growth. We would like to estabilish new contacts even in Singapore, a small country that is going very fast. However, the first step we want to take shortly is to land in the United States, starting with Florida. What are the European countries that give us the most satisfaction? Undoubtedly Spain, Switzerland and Scandinavian countries. We’re also working hard with France, where the boating market is three times bigger than the Italian one”.

Sessa Marine production consists of two souls: the Yacht range, with cruisers and flybridge models from 20 to 40 feet, and the Key Lardo range, with inboard or outboard propulsion from 35 to 68 feet.

Mr. Lastella explains that 2019 was a very positive year for the company: around 70 units were sold, 70% of which from the Yacht range and 30% from the Key Largo line. The most popular models of the Key Largo fleet are the KL 27 and the KL 34, while the C38, C44, Fly 42, Fly 54 and Fly 68 Gullwing are the most successful among open boats.

Let’s talk about the two most popular models of the Sessa Marine range: the Key Largo 27 and the C38. The Key Largo 27 Outboard and Inboard Line has a young yet refined vocation. 8 meters long, she offers excellent performance at sea. The squared bow and the sinous sides seem to evoke the elegance of a shark.

The cockpit guarantees excellent comfort and relax thanks to a large L-shaped sofa that can be converted into a stern sundeck. The work top, underneath the pilot seats, is equipped with sink, cooking plates and fridge. Below deck, maximum usability is the main focus. The separate bathrooms includes a toilet and a washbasin.

The new design features a deck with edgier and modern lines, a new livery with a long glass window that makes the Key Largo 27 a full-fledged luxury open day. An innovative windshield transmits more light inside the cabins to make the owner feel in contact with the sea. The colors are metallic and the cushions can be customized.

Awarded as the best boat in England in 2010, the C38 Cruiser Line is an icon of style and comfort. The light coming from the new large lateral windows, just like in a veranda, contributes to incredibly increase the feeling of merging with the sea.

Below deck, the smart optimization of the spaces guarantees extreme liveability thanks to two double cabins and a large bathroom.

Two galleys, one indoor and the other in the cockpit, the sundecks, the chaise longue and the wide sofas of the boat make you feel like home.

For the Italian shipyard, every achievement is a starting point for new challenges, without never losing sight of the real goal: to produce emotions and make them available to everyone sailing on board a Sessa Marine yacht. 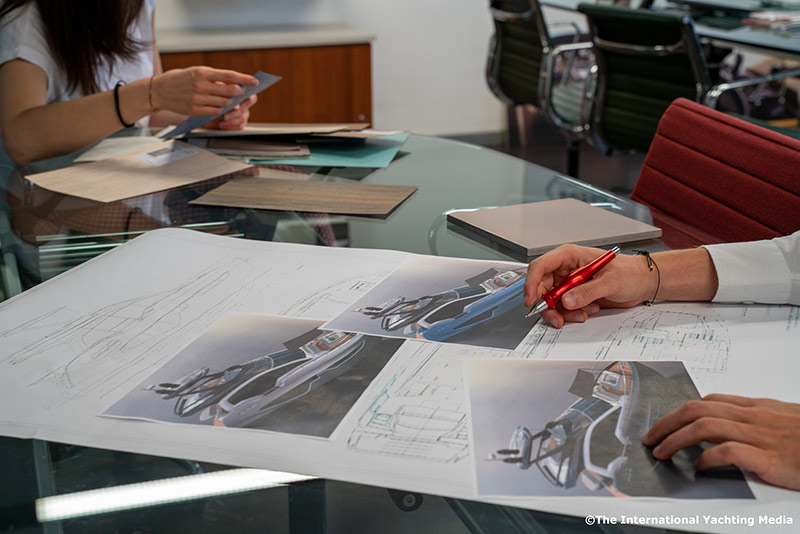 Evo T2, much more than a tender: an authentic day cruiser