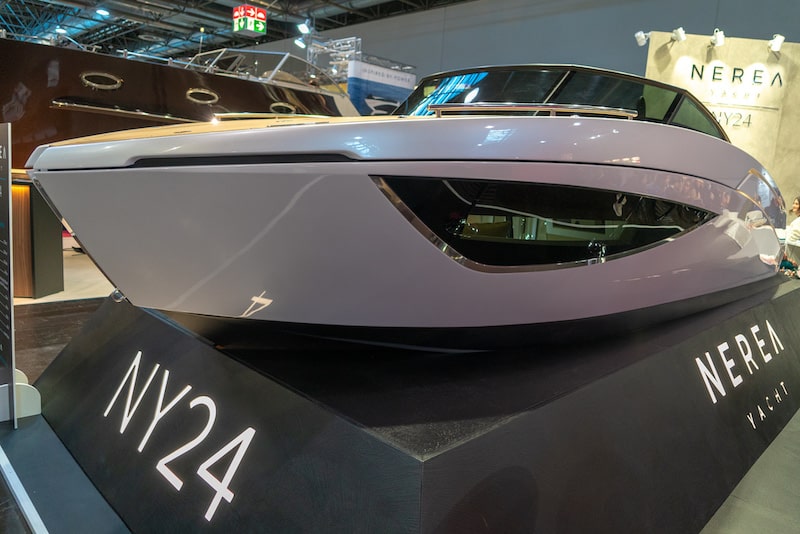 At Boot Dusseldorf, Near Yacht introduces its first boat: the NY42. A small yet luxury daily cruiser of little more than 7 meters, also designed as a tender for bigger boats.

The idea arises from the mind of Dario Messina, a young Italian businessman who, active in the field of boating for many years, wanted to enter the market with a boat that was able to distinguish itself, a boat that had something new to communicate and was characterized by high quality standards. In order to make his idea come true, he established a collaboration with designer Alessio Battistini with whom he created the NY24. 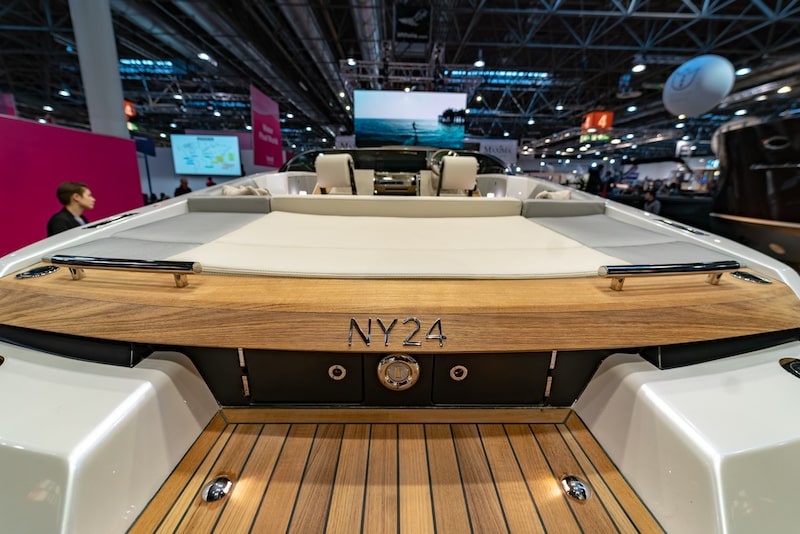 is a boat with streamlined sleek lines and great attention to details. The name Nerea, Dario Messina tells us, comes from the Greek. Nereus, the son of God Pontus, was the symbol of calm sea. Full volumes, characterized by special cuts on the topsides that streamline the visual impact, give the idea of something running fast.

” The NY24 is a combination of modern and traditional, a provocation that translates into innovation. A modern item that, simple in the use of refined materials, remains engraved in your mind for its clean design”. That’s how designer Alessio Battistini introduces the new boat of the Italian shipyard at Boot Dusseldorf. “Lines – he adds – are inspired by automotive design, especially in the pronounced curve of the bow”. 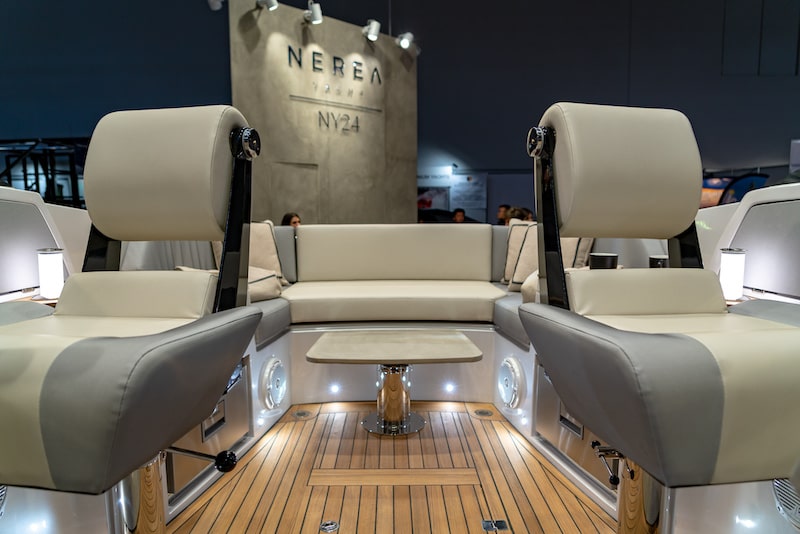 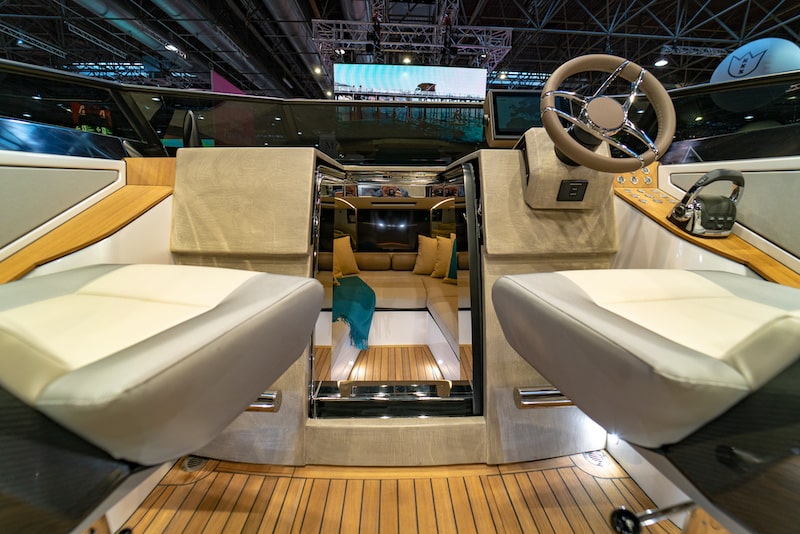 And, indeed, when observing the bow of this boat, the feeling is like being before a sports car. An unprecedented feature, that undeniably stands out as you climb on board, is represented by the use of ecocement details: a material definitively unusual for a boat. A firm choice that fully reflects the search for new elements but that does not compromise the overall elegance of this boat. Deck spaces are wide and seats in the deck house are highly comfortable.

In order to satisfy the 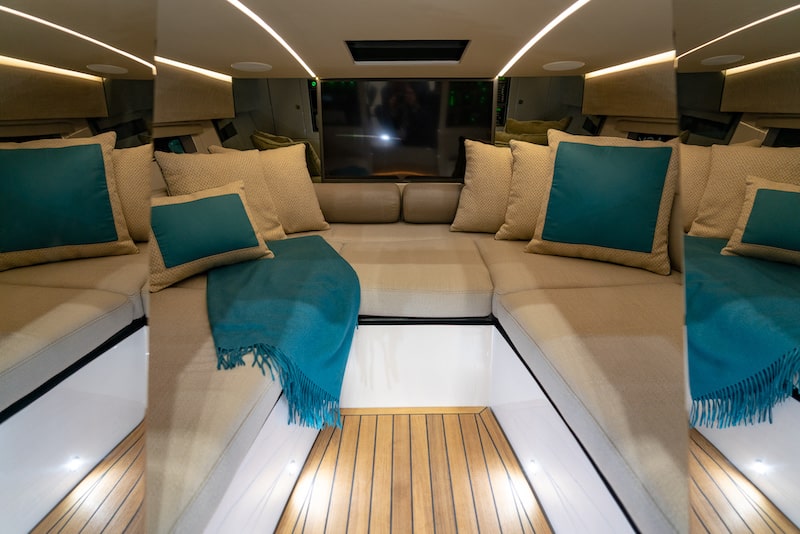 need for covered spaces, necessary for a boat designed as a luxury tender, the NY24 is equipped with a small cabin where U-shaped seats can accommodate 4 people. Even if the freedom of movement is rather restricted there, seats are well-sheltered from elements.

The NY24 has a hull designed to be particularly stable both when sailing and when staying at anchor. Power comes from a 260HP engine that is expected to deliver a top speed of 32 knots. When an optional 300HP engine is installed, top speed can, however, reach over 36 knots.