Cannes Yachting Festival/News/Stories on the dock

In the middle of the 20th century, Nicolas Bouver wrote: “When travelling, the best thing is to get lost. When you are lost, plans give away to surprises, and it’s then that the journey really begins”.

Cannes‘ fortunes began with a journey, that of Lord Henry Brougham, a wealthy Scottish politician and lawyer. 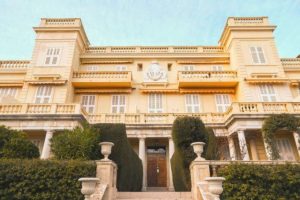 lived in England with his daughter Eléonore-Louise. The child was ill: her respiratory tract was compromised. The doctors did not know it was tuberculosis (discovered in 1882) and advised her father to take her to Italy, to the Mediterranean coast where the air was healthier.

In the winter of the same year, the six-horse carriage with Lord Henry and Eléonore left London and several days later arrived at the border between France and Italy. An unexpected event awaited them: cholera was spreading in the country.

The border guard ordered them to stop. They could cross after the end of the quarantine.

Night was looming, Lord Brougham and his daughter went back and stopped to sleep in the only guesthouse they came across on the road: the Auberge Pinchinat.

“Where are we?” Lord Henry asked the maître.

“We are in Le Suquet,” replied the man annoyed by the other man’s strong English accent, “municipality of Cannes… A simple fishing village.” 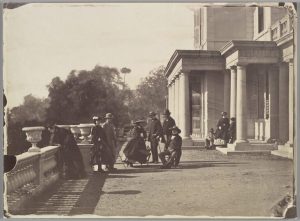 Lord Henry immediately fell in love with the “simple fishing village”, the humble Provencal houses, the food – bouillabaisse in particular – and local wines. He was fascinated by the red rock of the Esterel, the expanse of orange groves, the light of the landscape. “What would our life be like here?” He thought as he discovered the surroundings. “Certainly an impervious village with only one bay, and no port”.

At the time, in fact, the Cannes harbour was vulnerable to sudden gusts of wind from the south-southwest and vessels often had to shelter to the south of the island of Santa Margherita. Moreover, commercial vessels were forced to use small boats to load and unload goods.

For Lord Brougham, days passed quickly, then months and finally he decided to stay in the small village on the hill of Cannes. He bought a piece of land and had a majestic Renaissance villa built, which he named after his daughter: Villa Eleonore-Louise. 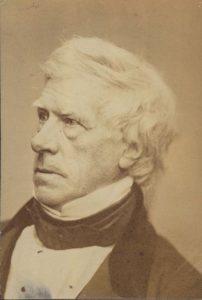 The years passed, time mitigated the pain and Lord Henry decided to dedicate himself to that splendid place where his daughter spent her last years.

He contacted the municipality of Cannes and financed projects to turn the small seaside village into a trading town. Thanks to his investment, the Port Vieux was built, which would enable neighbouring towns, including Grasse, to ship goods not overland to the port of Marseille but directly by sea from Cannes. He financed the construction of the railway and contributed to the building of the Canal de la Siagne.

In a short time, the city opened up to the world, welcoming first the English and then the European aristocracy. Sumptuous villas and castles began to dot the coast, the streets became more accessible, shops gave way to boutiques, bouillabaisse to Le Plateau Royal de coquillage.

Lord Brougham died at the age of 90 within the walls of the Villa Eleonora-Louise.

The French, who hated the English so much, are now grateful to Lord Henry Brougham: without him, Cannes would not be what it is.

All that remains of him are the Villa Eleonora, a plaque in the small Rue du Port and a statue in Les Allées de la Liberté.