Discovering the parameters of style and beauty with Umberto Felci.

How many times, while sailing or simply strolling along the quayside, do we look for those parameters that our brain then inevitably catalogues as belonging to the domain of beauty or ugliness? For a yachtsman, looking at boats is much more than a pastime, it is a real compulsive habit.

Much more difficult, however, is to understand why a boat is perceived as beautiful. In the realm of design everything seems to be good until the supreme judge, the market, sets the numbers to determine whether a boat is truly beautiful or not.

But if there is one designer who, over the years and in many different categories, has unequivocally distinguished himself for his ability to design beautiful boats ( which are always very fast), it is Umberto Felci.

So who better than him to try to discuss such an important subject?

Umberto, the boats you design are very often described as beautiful. What are the elements that generate this vision? 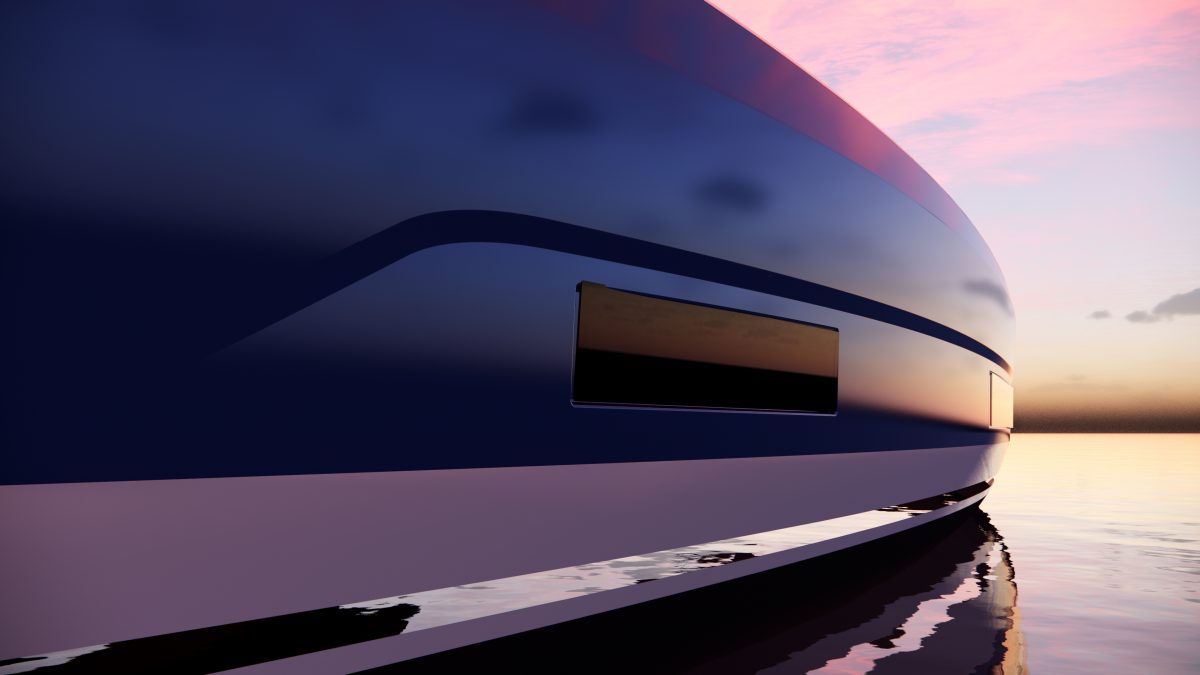 Many years ago, a great yacht expert told me: “You have to say that behind a project there’s a lot of study, a lot of research, a lot of technique, a lot of functionality, a lot of modernity, that the boat will sail very well, it will be fast, safe, easy to steer, but you should never say that it’s “beautiful”.

The fact that it’s beautiful is very important, but everyone has their own personal concept of beauty and they don’t want to feel that it’s being usurped by your own vision of beauty.

As a designer, I think it’s right to wait for others to say it and then try to understand what this perception depends on, trying to identify what are the elements that make this perception exist.

This is a difficult but fundamental exercise. 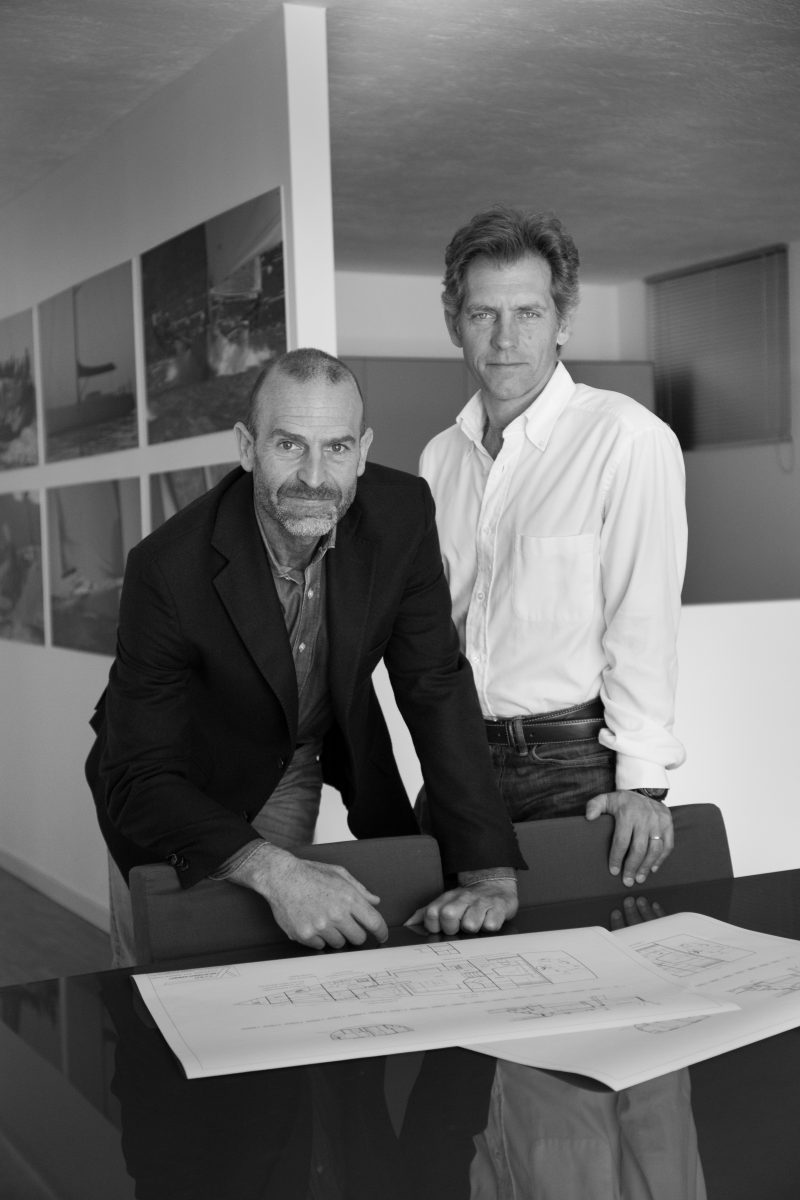 What are the similarities between your projects from a purely aesthetic point of view?

In my opinion, there is always a certain dynamism of forms.

At the moment I don’t like excessively soft curves and rounding, so I use very taut curved lines.

Generally the surfaces follow these lines and the result is a dynamic sculpture with a strong internal tension.

I also like to use cuts and edges to interrupt the surfaces and create effects with light and reflections. This way, a lot of life is given to the large surfaces of a boat by using light, especially natural light.

What stylistic differences do you adopt when designing a custom yacht for a client or a boatyard?

There are no preconceived differences for purely formal reasons.

Clearly, different functional needs are often met with differences in form, although I think the common denominator is always visible.

We love pure, clean-cut forms, so if you imagine the multitude of additional functions that have to be satisfied with a mass-produced product, dedicated to a large, heterogeneous public, you can understand that satisfying them all often requires giving them a high priority, but at the same time it is also fundamental to keep the aesthetic value and general appeal high and up-to-date.

If, on the other hand, you imagine having to design a custom 90-footer, this issue will probably be easier as some functional requirements may be excluded a priori.

What similarities do you, Umberto Felci, see between style design in the car industry and in the sailing yacht industry? 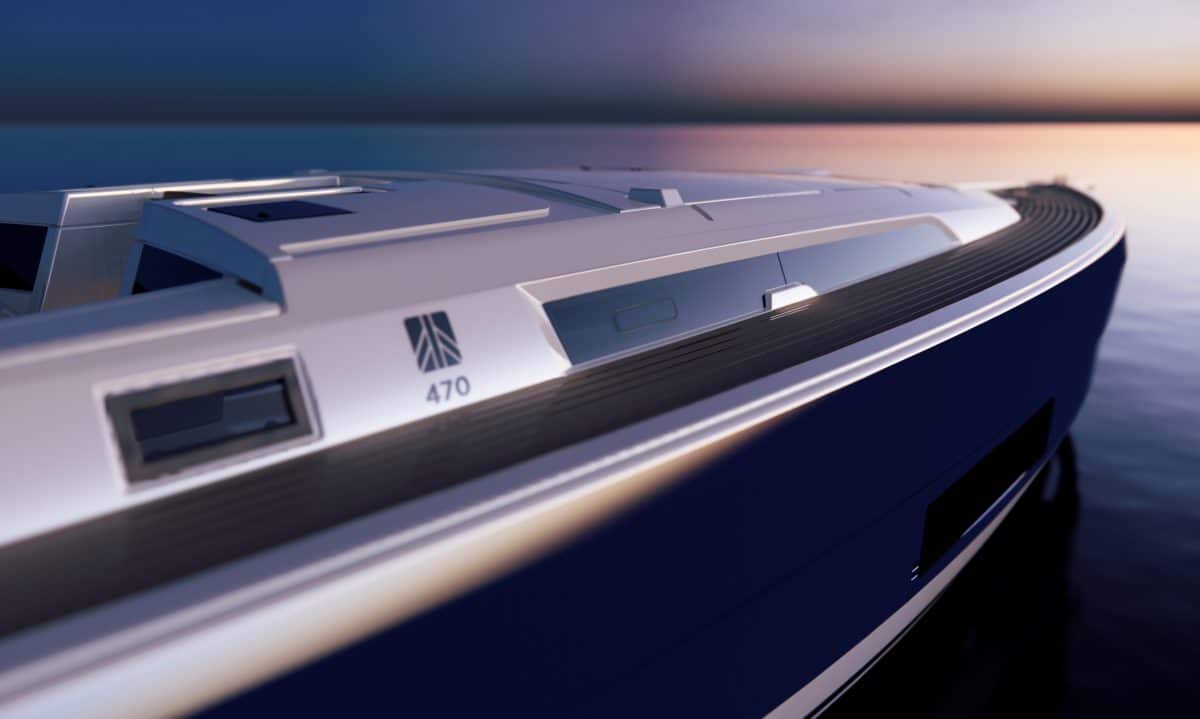 I heard an interview with Walter Da Silva, who is a designer I really appreciate, and I could fully identify with his description. He describes his style as ‘simple’.

That might seem a bit belittling if we consider his activity and the complexity of his work. At the same time, I found myself in complete agreement.

I think what he meant was that simplicity is basically the ease with which we have been and are able to find answers, even formal ones, to the problems presented to us by each new theme.

Every mental and formal crossroads we encounter along the way will be insuperable if we do not have a very clear objective.

And sometimes this is multifaceted. But once the goal has been clarified, it is good to see how simple this mental process is, how simply the ‘right’ forms are created.

Mr. Da Silva also says that he sees a lot of “over-design” at the moment, meaning that many have made their forms too complex and too forced, entering the mode of formalism as an end in itself.

How do you manage to relate the aesthetics and style of a new boat with its many functional aspects?

To answer that, I want to take you out to sea.

When you look at your boat moored in a lonely bay, in the silence of the evening, after a hard sail, it can only be beautiful. The most important thing in my opinion is its proportions.

The first glance should not reveal anything more than you expect. It should show strength, grit and speed, and also order.

These are the elements that were needed before, while facing the wind and the waves.

Strength, which is necessary for its structures and each of its elements not to break, to withstand the elements and bring you safely ashore.

Grit, which is the element that makes you want to compete.

Speed, which is not only evident from the numbers, but also from the appearance, the cut of the lines, its proportions.

Only in that situation, after having checked its capabilities, will you be able to define a truly ‘beautiful’ boat.

That’s why, when talking about my boats, I say that the beauty of their form is linked to their function, or rather “is” their function.

There can be no such thing as a beautiful boat if it cannot fulfil its intended function. That’s essential.

If this doesn’t happen, it borders on formalism or artistic creation.

And only the artist “must know that his original purpose is above all to succeed in freeing his work from any purpose whatsoever” (Massimo Donà, Arte e filosofia). We are certainly not allowed.

In the field of mass production, i.e. dedicated to a wide public, do aesthetic aspects take on a different value?

In every project we look for the essence. This is the philosophy from which we create our projects. We work by separating every single part of the whole project and looking for the essence.

In doing so, in this particular case we must try to give a “transversal” answer to the different ways of seeing reality linked to differences in culture, geography and habits.

The impression is that this heterogeneity is converging and in a way this makes our work easier.

What do you think has contributed to the success of the Dufour Yacht range over the years?

Our great effort, taking the problem from the other side, has been to try to always keep the bar in the middle, respecting the importance of pure stylistic essence and, at the same time, managing to satisfy all the functional aspects that in a series product obviously cannot be ignored.

Our aesthetic vision is developed “transversally” in all Dufour models and evolves model after model, without prejudice to the “constraints” with which we have to relate.

The question of what the boats of the future will look like is often asked, and the most common answer is that they will be increasingly home-like. How do you associate the stylistic characteristics of future designs with this seemingly widespread trend?

Widespread trends always scare me a lot. Inherent in our work is trying to create different objects for different people. Every trend denies divergent and autonomous thinking and therefore creates problems for me at a creative level.

In my opinion this hurts the product, first and foremost those who are generating it.

Marketing is the tool used to identify these so-called ‘trends’. In short, it has to identify the needs of many and transform them into a single need and often, aided by communication, it can succeed in shaping the desires of this single customer.

This is no small power, which clearly has profound influences on the product.

This is an inevitable process, even though I like to think that in the world of sailing there is still space – and a market – for those people who want to experience the sea as something different from their ordinary lifestyle, who don’t want to move their home to a boat, but are curious enough to accept the “differences” that have to be faced in order to do so.

Umberto Felci was born in Milan in 1964 and on the nearby Lake Garda his great passion for sailing grew from the very beginning. At the age of 14 he started racing for the first time and in 1980 he joined the national 420 team. But if Umberto Felci’s passion for racing was strong, his curiosity for boat building was even stronger, so much so that, in his last years of high school, he already built some sailing boats in laminated wood and carbon fiber.

But it was at the Milan Polytechnic that Umberto Felci deepened his study of the physics of sailing and began researching construction technologies, exploiting the potential of composite material applications. This intense activity was crowned in 1989 with his participation in the last four years of the 470 Olympic Games, and with a degree in Architecture with honours and a thesis dedicated to the application of composite materials in the nautical sector. Thanks to this specialization and to his peculiarities as helmsman and technician, Umberto Felci became a member of the America’s Cup Challenge “Il Moro di Venezia” finalist in 1991.

In 1993 Umberto Felci designed and built the first Italian Mini Transat, Te’ Salt, made of pre-preg carbon. He was involved in the design, construction and sailing of the first boats.

Since 1997 he has worked as a lecturer at the Milan Polytechnic in the field of yacht design.

In 1998, he met Lorenzo Giovannozzi, and in 2001, together with him, he founded FELCI YACHTS, a design and engineering company which, since its inception, has unceasingly developed an incredible number of projects.

2000
Nomination for the “Rothmans” Designer of the Year award – Ufo 22 design.

1994
Winner of the “Rothmans” Designer of the Year award – TèSalt design.